Is Texting Making Us Stupid?

Is Texting Making Us Stupid? 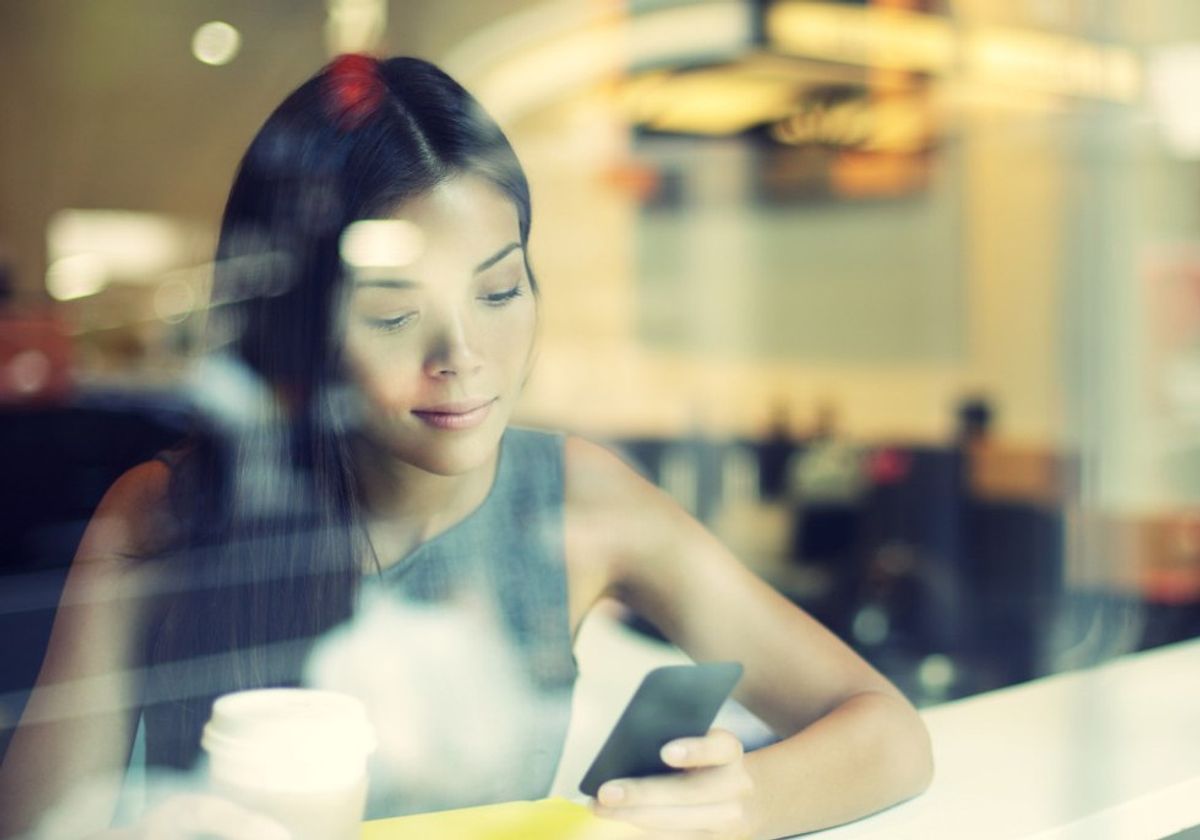 “Omg, that’s tots adorb my bff is lol rn @ u & ur joke oh brb I gtg, ttyl.” Did you understand that the first line actually said, “Oh my God! That’s totally adorable. My best friend forever is laughing out loud right now at your joke. Oh, be right back I got to go. Talk to you later.” If yes, then you have mastered text talk. The texting world is a virtual communication that is everywhere. People have access to these communication devices, known as cell phones, at just the swipe of a fingertip. These messages are sent and received quickly between senders and receivers. In making these messages even faster, people use shorthand and abbreviations like seen above. These abbreviations make texts short, sweet and to the point.

In Michaela Cullington’s article, “Does Texting Affect Writing?” she focuses on two different viewpoints regarding texting. One perspective argues that texting does not harm or hinder writing skills. There is often a presumption that students use abbreviations in texting and forma writing. However, Cullington’s research shows that students actually do not use, or think about using text talk in formal writing. On the contrary, another perspective regarding texting and writing skills insists that texting is harming student’s writing abilities. Further research acknowledges Cullington’s presented idea that texting does have a positive influence on the written language.

Cullington describes the basic premise of texting. It is a form of communication. Texting is used to quickly send and receive messages. It is quick, easy and convenient communication most commonly used by teenagers and those in the business world. Textspeak is a term to refer to the specific language of texting. Texting constantly contains abbreviations, acronyms, and symbols.

The National Center for Education Statics points out that ¼ of high school seniors are proficient writers. Jacquie Ream, a former teacher and writing guide author, expands on this view by stating, “We have a whole generation being raised without communication.” (Cullington, 2015, pp. 362). As Cullington points out, many blame the use of acronyms and shorthand in text massaging as the falter of writing skills. Naomi Baron, a professor at American University, claims that students are becoming sloppy with the mechanics of writing because of texting. The teachers in Cullington’s article agree that the nature of texting has led to the neglecting of punctuation, lack of emotion, and increase in grammatical errors in formal writing (Cullington, 2015).

However, others refute this claim by suggesting that texting is beneficial to students’ writing skills. Some argue that texting provides writing practice and an opportunity to become confident in writing. David Crystal, the author of Txting: The Gr8 Db8, even said that texting enhances “the ability to summarize and express oneself concisely.” (Cullington, 2015, pp.364). Chrystal also mentioned that it allows one to create a “voice” that is carefully constructed and expressed. Sternberg, Kaplan, and Borck believe that texting sparks creativity and supports the use of creative thinking skills to continuously come up with new ways to express those ideas. In addition, David Warlick, a teacher and author, gives students acknowledges the accomplishment of the creating and inventing of a completely new language known as texting (Cullington, 2015).

Cullington studied these controversial viewpoints into more depth when she conducted her own research method. She surveyed seven different students and two teachers. Cullington interviewed the students regarding their views about the influence texting has on writing. She also collected wiring samples to specifically look for textspeak. A list of questions for the teachers was also created and distributed. The questions were related to the teacher’s observations of textspeak in students’ formal writing.

Cullington conducted research findings indicate that texting has little to no effect on formal writing. The students interviewed even reported that they do not even think that using text abbreviations is appropriate for formal writing. Cullington makes the statement that textspeak will remain harmless as long as the language is used in the correct place and not included in formal writing (Cullington, 2015).

There has been similar research to support Cullington’s claim that texting does not have a negative effect on writing skills. The researchers Dijk, Witteloostuijn, Vasic, Avrutin, and Blom conducted a study of the influence texting had on grammar and executive functions. They had a total of 67 5th and 6th grade children participate in the study. The students were individually tested during a 90-minute session. During the session children were given the task to reply back to a text message when handed a smartphone. In another task the students were asked to reply to a real life scenario through texting. There were up to 10 scenarios the students replied to. Actual text messages were also collected from the participants. The students were tested on grammar skills using writing prompts. The studies close look at the use of grammar, executive functions, and language skills concludes that texting does not have a negative effect on any of these areas. It was shown that the more students produced in the text messages the higher their grammar performance was. Therefore, using words and abbreviations in texting may lead to a trained grammar system and the application of the rules of grammar in a context-sensitive manner (Dijk, 2016).

The text talk phrase, “brb I gtg, ttyl,” may seem like it is hindering writing skills and many will agree. It is believed that this text talk shows no emotion, is not grammatically correct, and is just abbreviations. These functions of texting are seen as harmful to writing skills. However, Cullington’s research and Dijk and his colleague’s research have demonstrated that texting does support and promote writing skills. It provides grammatical skills, creativity, expression through language, and the comfortable use of communication. Besides the fact, it can be easily agreed upon that there is a time and place for everything. Text talk has not been a place in formal writing and it will never find a place in formal writing. The abbreviation “ttly,” talk to you later, just does not fit in formal writing.