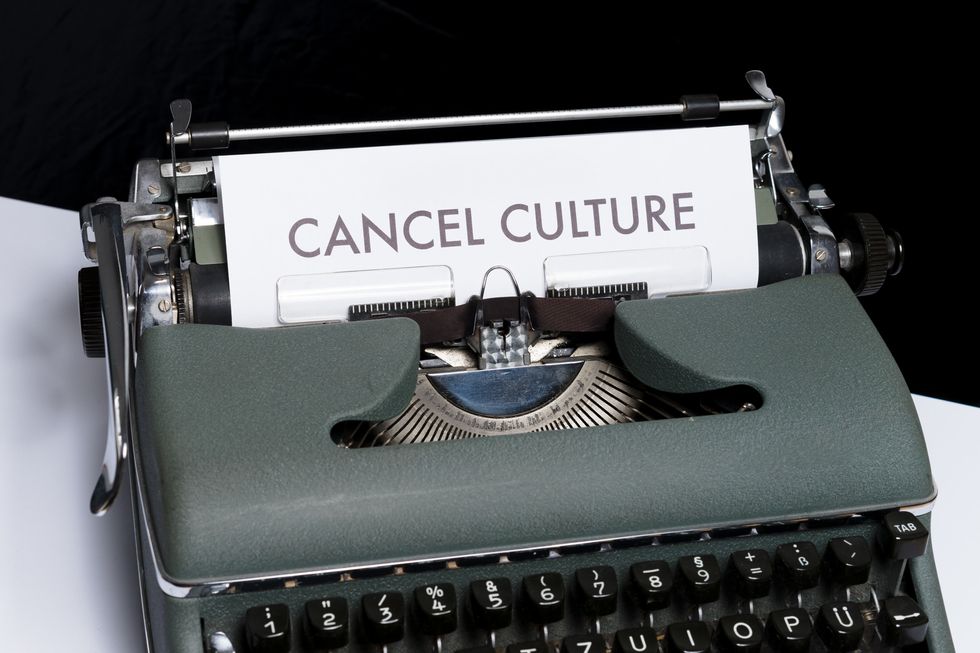 In this contemporary society where many individuals are making a living by way of social media and digital platforms, the rhetoric surrounding how influencers and celebrities communicate to the public has been significantly altered from that of traditional communicative methods. In analyzing apologies that have been broadcasted for the entire world to access, it is vital to first consider its context, backstory and purpose, in order to deem its legitimacy with both the victim and public's perception in mind. 2019's biggest celebrity scandal revolved around a quarrel between two individuals in the beauty and Youtube community; 38 year old Tati Westbrook and 21 year old James Charles. Although the age difference is off-putting, the two's relationship was one of a mentor and mentee, in that Westbrook promoted and supported Charles within the industry. Along with Westbrooks endeavors within the beauty community and as an influencer, she owns a multivitamin supplement brand called Halo Beauty, ultimately one of the sparks that ignited this entire scandal.

The feud began when Charles promoted Sugar Bear Hair, a competitor to Westbrooks company, during Coachella, a music festival, in 2019. This was seen as a betrayal to Westbrook and was soon after met with a public apology posted by Charles to his Instagram story. Despite Charle's acknowledgement and regret, Westbrook uploaded a 40 minute video to her Youtube channel titled "Bye Sister," which reached more than 34 million views in May of 2019. This video discussed the Sugar Bear Hair drama along with accusations that Charles had attempted to use his fame to sexually coerce men by threatening to embarrass or hurt their image if they did not reciprocate his advances and basically illustrated him to seem as though the fame was getting to his head. This video caused a lot more turmoil than Westbrook expected, as Charles lost millions of fans and was subjected to massive amounts of public hate from, not only his followers, but other celebrities as well. One celebrity that publicly commented on the accusations at hand was Jeffree Star, a beauty guru owning his own brand, Jeffree Star Cosmetics, who tweeted that Charles was a danger to society. Charles responded to Westbrooks video via a public apology on Youtube in which he claimed that he did not want to play the victim and simply wanted to say sorry.

As Westbrooks fanbase increased substantially and Charles' deteriorated in the opposite respect, Westbrook uploaded a follow up video asking the public to stop the hate towards all sides, attempting to crush the scandal and drama that had ensued along with it. One day after Westbrooks video, Charles posted a video titled "No More Lies" in which he addressed all of the allegations with screenshots and evidence to clear his name, protect his image and address the humiliation he had been subjected to. In June of 2019, both Westbrook and Charles deleted most all of their videos concerning the feud and continued to create content on their respective channels. Both individuals went silent about the scandal and almost a year later it was revealed that Westbrook recounted her claims against Charles and privately made peace with him.

In spite of putting everything to rest, Westbrook broke her public silence about the scandal and uploaded a video titled "Breaking My Silence" on June 30, 2020. In this video, it is important to note that she was reading off of a pre-written transcript, as suggested by her legal team due to the high status individuals she would be discussing throughout. Westbrook introduces the apology by talking about how she is a woman of faith and that there are injustices and truths that she needed to come forward about. She relays that she had screwed up, made bad choices and felt "heartbroken," therefore she wanted to inspire and empower the audience to look further into situations and follow their heart instead of listening to the bad judgement of others. About five minutes into the video, Westbrook recognizes that she did something wrong, claiming that her reputation was "poisoned" and goes on to say that she is at the center of a lot of hate which has made her lose a year of her life, as she lived in fear of social media. Despite outwardly recognizing her wrongdoings, Westbrook immediately attempts to evoke sympathy within the audience by addressing her personal struggles that followed this scandal, which realistically, were mere consequences to her actions that ignited all of this drama in the first place. Seven minutes into the video, Westbrook takes responsibility for what she has caused, stating that the video serves as, "a long overdue apology for the role I played." About a minute after that statement, she acknowledges that Charles deserves her first public apology; seeminging remorseful and showing guilt through her physical emotions and speech patterns. Westbrook relays that she had already apologized to Charles privately, which begs the question; why is she even making this video at all?

As her relationship with Charles has been kept private as of recent, she did not fully disclose her efforts for restitution with him, but since it was said that they made peace and are on good terms now, it can be assumed that she was successful in her attempts to do so. It is clear within the video, through her verbalized repetition, that Westbrook won't attempt to spur another scandal that will hurt someone's career the way she did to Charles. This promise is quickly questioned when she begins to discuss two influencers in the beauty and Youtube community, Jeffree Star and Shane Dawson, to be the culprits of her initial allegations towards Charles in 2019. Westbrook claimed that lies were fed to her by Dawson and Star, that of which she believed because she had her guard down, causing her to upload the "Bye Sister" video so that Charles would "put his phone down" before victims came forward to ruin his career. Westbrook claiming that she was gaslit and illustrating the situation to be one where she was weaponized against Charles by Star and Dawson, not only seems to be an attempt to excuse her actions, but it opens up a whole new public can of worms. Westbrook ends her video advocating for victims of cancel culture and discussing the detrimental effects that it can have on individuals in the public eye. Westbrooks apology, itself, passes as legitimate with flying colors, but given the context of the entire situation and the individuals she involved, her motives and genuity remain questionable.