America’s foundation as a country has revolved around immigration; there would be no United States of America as it is today if our forefathers had not made the journey across the Atlantic. 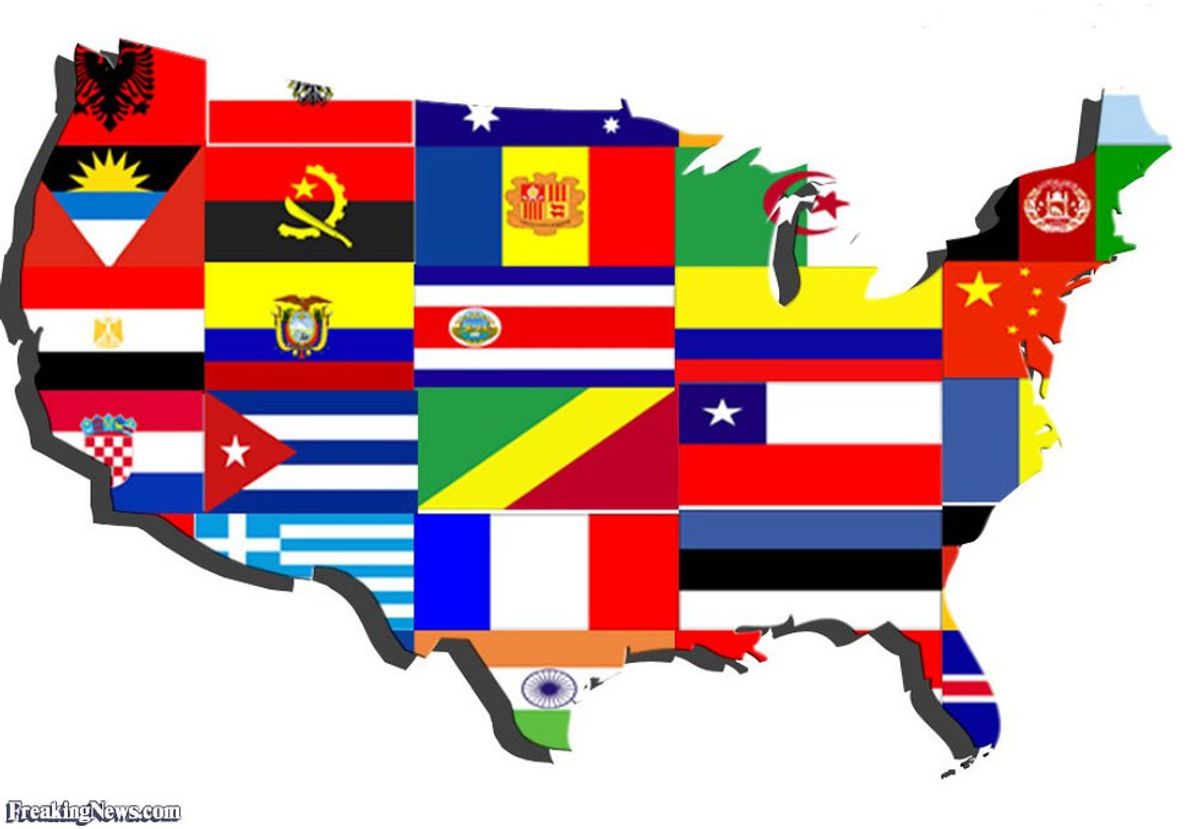 America’s foundation as a country has revolved around immigration; there would be no United States of America as it is today if our forefathers had not made the journey across the Atlantic. The 2016 presidential campaigns have, for some, heavily incorporated the “right” thing to do in regards to immigration. I should start this with the preface that, of course, any country with a decently running security system can’t just let any person in without doing some sort of screening. That being said, however, doesn’t mean that we, as the United States, should completely seal our borders from now until eternity; it just simply means that we have to increase our security measures without racially profiling.

Many news networks have covered the idea spewed forth by Donald Trump of deporting millions of illegal immigrants and building a colossal wall to keep them from ever coming back in. I think that this is a highly unrealistic plan as it seems rather ridiculous to think that an administration would be able to search every nook and cranny in all of the fifty states and deport everyone who can’t produce the proper documentation. The wall may not be the worst idea, however. As a country that got its beginnings because of immigration, we should be open to it within means, meaning that it should be done properly for the protection of those already in the United States, citizen or immigrant.

After an act of terrorism, America allowed Syrian refugees to cross into our borders, and some felt this to be unsafe as we didn’t necessarily have the proper screening techniques for so many people. Others felt, however, that if we were to say that we couldn’t accept any Syrians that would be marketing them as all being terrorist when that clearly is not the case. This is where racial profiling regarding immigration can come into play. If we had shut our borders just to Syrians, it’s possible the rest of the world could have taken that as us racial profiling, tarnishing our reputation internationally.

Currently, the United States has several sanctuary cities where those who came to this country illegally can basically be protected from any deportation. While this sounds all fine and dandy to most people, it is often seen with a naïve eye. Because these people have come into the United States illegally, we don’t know what kind of people they could be. Given the state of the world in 2016, it is ignorant to believe that all people are good, especially with the terrorist group ISIS that obviously has a deep hate for America. Giving these people a sort of “sanctuary” puts other immigrants and citizens at risk, but that’s not caused by their ethnicity or any sort of profiling. It’s simply just because they have passed all the technicalities one has to go through to enter America legally.

Should we deport these people? Not necessarily, but they should be put through the same requirements that someone entering the country legally has to. We should also do away with sanctuary cities to lower the risk of a potential terrorist having a haven. It’s not to be said that terrorists find homes in sanctuary cities, but doing away with these cities is one way to be able to keep track of who is actually in the country. Immigration is the building block of the United States as many ethnicities are represented in its citizens, but there are now dangers that didn’t exist twenty years ago that demand new screening methods of those accepted into America.