Will Immanuel Quickley's Rise End The One And Done?
Odyssey

Will Immanuel Quickley's Rise End The One And Done?

After clinching their 49th SEC Regular Season championship, the Kentucky Wildcats are poised to make a run at winning thier ninth NCAA Men's Basketball National Championship, one key competent to this rise is breakout sophomore Immanuel Quickley 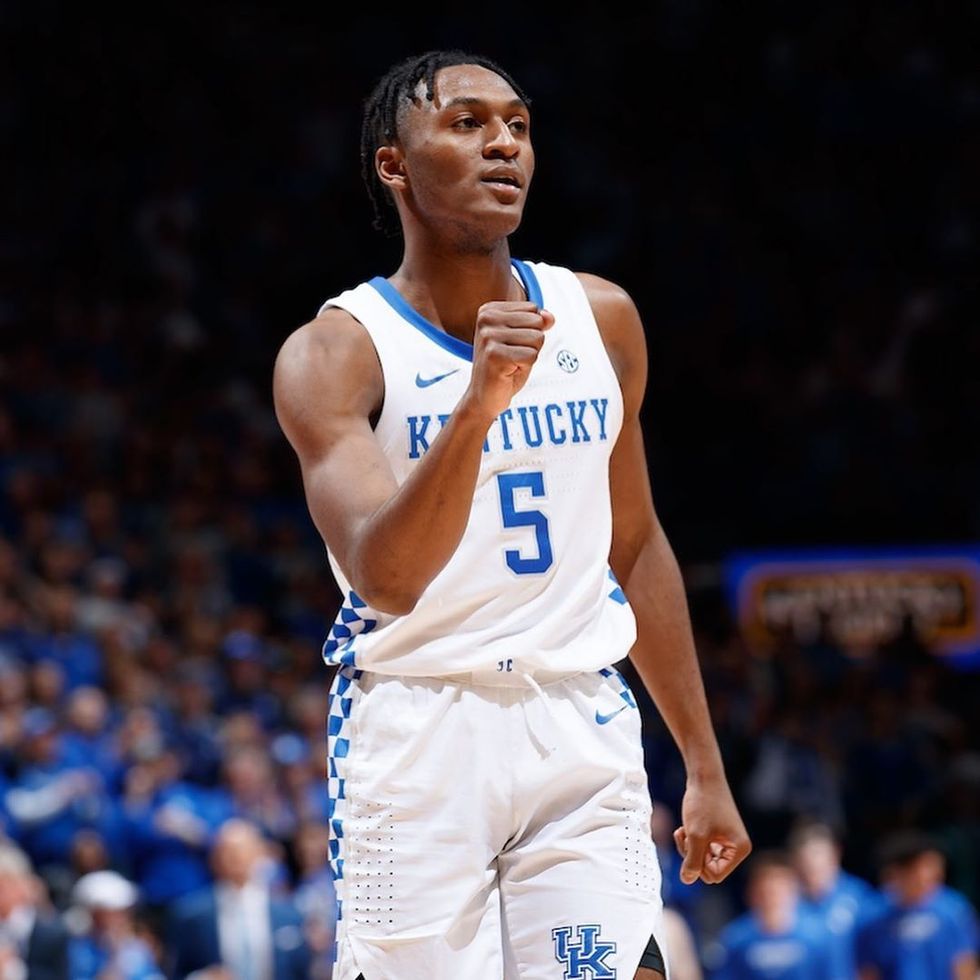 Like many other Kentucky recruits, Immanuel Quickley was a bright-eyed McDonald's All-American, who was looking to do something that hadn't been done in almost 10 years at Kentucky, win a National Championship. After a lackluster freshmen campaign, Quickley has turned it around his sophomore season and is now potentially a lottery pick in the NBA draft. With the help of teammates, along with dedicating his life to becoming a better player that can shine at the next level, Quickley may have ended the 1-and-done philosophy that many players have had when coming to Kentucky.

The day is November 12th, 2019, and the #1 ranked Kentucky Wildcats have just been stunned at home by the Evansville Aces.

A team poised to make a deep run into March was now projected to make the National Invitational Tournament (NIT).

This team was supposed to be different from other teams coached by John Calipari, who had four returning players, one of those being sophomore guard, Immanuel Quickley.

Quickley was a backup his freshmen year, where he saw good playing time, but was criticized about being a pass-first player.

Over the summer of 2019, Quickley, along with Ashton Hagans, EJ Montgomery, and Nick Richards were all looking to follow in the footsteps of past returning players, and 14th overall pick in the NBA draft, PJ Washington.

Quickley improved his shooting game and looked to become a key player in Calipari's game plan.

To start out the 2019-2020 season, Quickley didn't have a starting role but was still contributing to the team.

Throughout the first 10 games of the season, Quickley was averaging a little more than 10 points a game, which isn't terrible for a player off the bench, but for someone who is looking to becoming an NBA talent, there needed to be more production form the sophomore guard.

Kentucky had just come off of back to back losses against Utah, and Ohio State, in those games Quickley had a combined 13 points.

The next game for the Wildcats was against #3 Louisville, in arguably Kentucky's biggest game of the year.

In this game, Quickley had 18 points in 37 minutes of action, including 2-6 from the 3-point line, and 8-8 from the free-throw line, in a game that went into overtime, those crucial shots by Quickley are what helped propel the Wildcats to victory over Louisville.

Then, Quickley, after getting promoted to the starting lineup, started playing like a bat out of hell, he would get his first 20 point game against Missouri, where he would go 9-9 at the free-throw line, and 4-8 from three-point land.

Even in Kentucky's two losses in SEC play, Quickley still had 20 point games.

Since the game against Louisville, Quickley's worst statistical game came against Vanderbilt, where Quickly only had 11 points, went 0-2 from the three-point line, yet still was 5-5 from the free-throw line.

During this run, Quickley has been complimented heavily by coach Calipari about Quickley's improvement on defense, which is very impressive considering Quickley plays with one of, if the best, defenders in college basketball, Ashton Hagans.

"(Quickley's) not the same defender he was a year ago." Calipari said to ESPN's Marty Smith following Kentucky's win against Texas A&M.

Now, after his third straight 20 point game, including a dominate 30 point game against Texas A&M in College Station, Quickley has become the top player for the Wildcats, and by the end of the season, he could possibly join his teammate Tyrese Maxey as an NBA Lottery Draft selection.

What Changed For Quickley?

When you announce you are coming to the University of Kentucky to play basketball, the expectation is you are going to play in the NBA.

Some players, like PJ Washington, Wenyen Gabriel, along with others, have had to stay at UK for more than one year to develop their craft.

Even one of Quickley's teammates, Nick Richards, has gone from, potential bust his freshmen year, to potential All-American his junior year.

When players stay for their second, third, or even fourth season, they have a whole summer dedicated to perfecting their craft.

When some players have done the 1-and-done format that NBA allows for college players, you have one season to perfect your craft, then spend the first half of the summer proving why a team should risk a draft pick in you.

This summer, Quickley has worked on his shooting game, while at the beginning of the season, it was perfect for Quickley, as the season has gone along, shots have begun to fall, and as ESPN College Basketball analyst Jimmy Dykes has said "(Quickley) is seeing a large rim right now."

As Quickley becomes more and more confident in his game, that swagger that he brings will translate to his teammates, and help Kentucky make a push for a National Championship.

With Quickley's meteoric rise this season, this may be the beginning of players, who could possibly go in the late second round, come back for the sophomore season to develop their game, and have a breakout season similar to Quickley's, not just at Kentucky, but across the College Basketball.