I'm Not "Too Emotional"
Odyssey

I'm Not "Too Emotional"

Because there's no such thing. 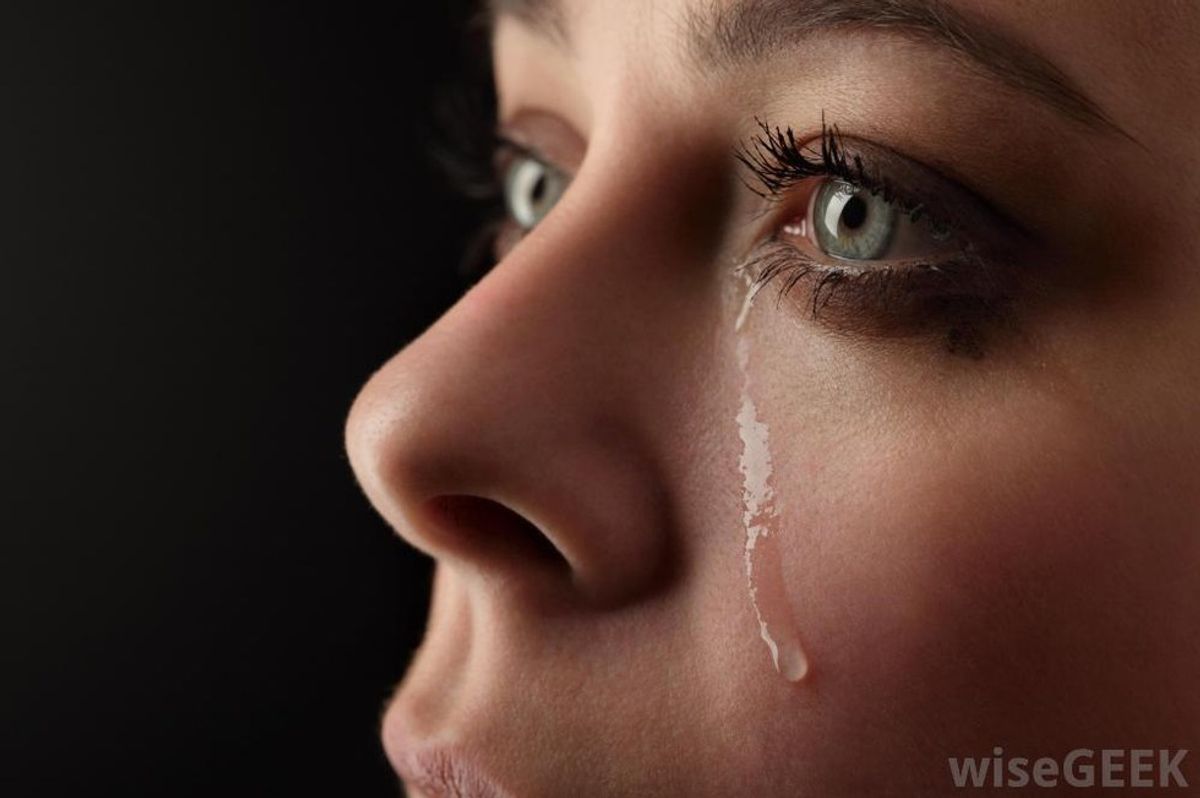 �If you know me, you know I'm a very openly emotional person-- I pretty much wear my heart on my sleeve. I'm an introvert so in the general public I'm not quite that way, but when people who know me are around me there's a good chance they'll always be aware of how I'm feeling, as my emotional side is very easily triggered. I may act sassy and sarcastic most of the time but if you yell at me or show me an Internet video about dogs there is a 1000% chance I will cry.

And I've realized I'm okay with that. I feel emotions very strongly, both positive and negative ones. I used to, and occasinally still do, put myself down for it a lot. I've often tried to tell myself I need to stop getting so worked up over certain situations, stop overreacting, I'm too happy, too sad, etc. Often times this came from my last (and only) relationship, as my ex was the complete opposite of me that way-- he was rarely emotionally present and never really showed any strong feelings about anything (including about me) whereas I've always been very in tune with my emotions. Since for this reason the relationship was pretty one-sided, it often led to me downplaying my feelings about anything going wrong for worry of coming off overreactive and overemotional. He so kindly contributed to this by often telling me how oversensitive I was.

Then I had a conversation with a close friend last summer that changed the way I see that aspect of myself. We were discussing Borderline Personality Disorder, a mental illness which I am pretty sure I have, or at least experience most of the symptoms of, and she does too, although neither of us have been diagnosed with it, even though we're diagnosed with other mental disorders. I'd had to do research on it for an essay I wrote in one of my classes, because we read a story in which the protagonist has BPD. One of the symptoms of it is emotional instability in which you experience really strong emotions and mood swings. And I'm not talking PMS mood swings, I'm talking fine one moment, then intensely crying five seconds later, then a minute later back to normal like nothing happened. I've always hated this about myself and tried to downplay my responses when I get very intensely emotional reactions to something.

However, when I discussed this with my friend, she pointed out, why is that necessarily a bad thing? And I realized I'd never really given much thought to that. I'd always hated that I feel emotions very strongly because it's agitating and overwhelming, yes. But why did I hate myself for it? Why did I think it was a bad quality of my character?

And that's when I realized it's not. It just means I'm very in tune with my emotional side. It means I'm very passionate and, in turn, very compassionate. I can empathize with others easily. I'm a good judge of character and can easily tell if something feels right or wrong. As of shortly after this instance in time, my ex and I ended things, and I no longer feel bad about any of the strongly negative emotions I experienced in the relationship no matter how often he'd tried to make me. Because I realized it wasn't a situation of just me being overly emotional towards him, but more like, I was right to feel everything I felt and he was just a manipulative asshole.

If you are like me, if you're constantly telling yourself or hearing others tell you that you need to be less emotional, I encourage you to adopt this mindset as well. You're too emotional? Too sensitive? Too moody? To hell with that. You're just really passionate and empathetic. There's nothing wrong with that.

There's also the fact that it's unhealthy to be the opposite and keep all your emotions bottled up. Not showing emotional reactions to anything whatsoever can potentially lead to serious effects on your mental health. So even if being too emotionally open can be viewed by some as a bad thing, I'd argue that the former is worse. For example, I've struggled with mental health issues since middle school but did not start seeing a professional therapist until a year ago as a junior in university. My mental well-being is still far from perfect, but I can affirm that it's immensely improved by having just one person to let everything out, including things I don't talk about with my family or closest friends.

�So continue being oversensitive, overemotional, overreactive, or whatever people say you are. And don't put yourself down for it any longer. Because hey, if you're a better person for it, if it means you're able to show empathy and compassion for others, if it means you're able to face a problem head on instead of letting it consume you-- why change that? Being very in touch with your feelings is not a negative quality to have. It's an amazing one.