If The Big Ten Schools Were 'Office' Characters
Odyssey

If The Big Ten Schools Were 'Office' Characters 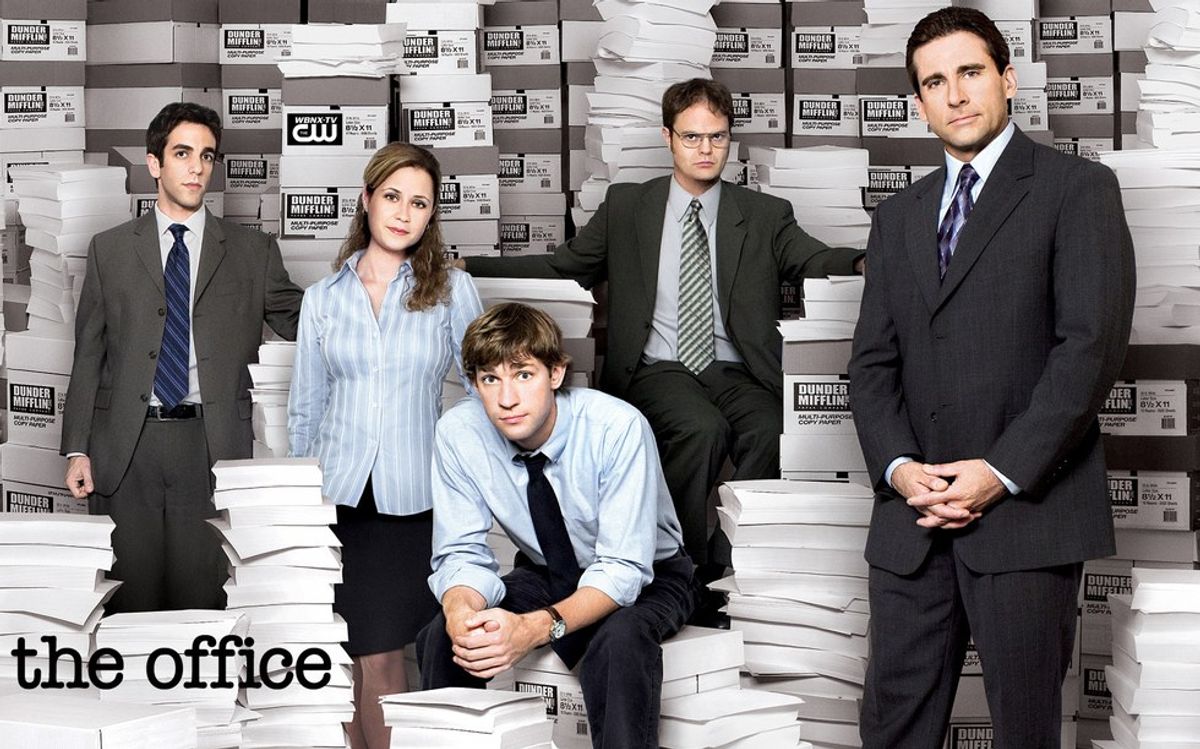 "Before I do anything I ask myself 'would an idiot do that?' and if the answer is yes, I do not do that thing." Luckily, when I asked myself if an idiot would compose such a list, the answer was 'fuck no.' Lo and behold, the Big Ten is a real life "The Office" set; no quirk goes unnoticed, no foolish quote unheard, and no opportunity for comparison undocumented. The Big Ten's power to unite such a ragtag bunch is exactly what is effortlessly depicted in this NBC classic. You might be superstitious (or just a little-stitious) of such a list, but hear me out; we all have a role to fill.

Your annoyance cannot go unmentioned. To be up front-you're known for two things: Kelly and your basketball team, neither of which could go unmentioned within conversation. During interactions within non-IU students, you fail to pick up on the social cue that the rest of us don't really give a shit. This leaves you angry, for you often times realize that you will not be a top contender, even considering Kelley is "The Best in the Nation." Is it better than Cornell, though?

Everyone can't help but wonder why you're here. Seriously-what are you good at? We can't seem to put a stubby finger on it. Your goofiness is exhibited quite perfectly in your peculiar choice of mascot. Lincoln is a sort of LaLa Land; nobody appears to be in touch with the rest of the conference. Even though you're somewhat of an outsider, we can't help but hold a soft spot in our hearts for you.

You sly bastard. It's clear that success is in your name, for you will always "wait until you're settled into your career" before you do pretty much anything. Your utilization of logic and knowledge leave others mindfucked. Everybody despises you, but ultimately respects your tenacity and talent. Once stressed, you tend to turn to drugs and alcohol; in the morning, however, you can't help but remember your wealth and inevitably return to a state of smug content.

You goddamn know-it-all. "Actually" is your middle name, for you feel the need to correct everyone's intellectual wrongdoings. Even though you lack the brawn, you've still got the brain, giving you an edge over your competitors. Your inclusion in "The Finer Things Club" of the Conference initially made us scoff, but we can't help but feel a little jealous in the end.

Oh, Minnesota. By no means do we dislike you, but we can't help but laugh at your efforts behind the scenes. Your persistence in group settings never really gets you anywhere. There is pretty much no escaping your dorky quality, but at least it earns you a high rank on the totem pole. In attempts to make a name for yourself, we can't help but label you as the quirky goofball of the group. We will be devastated when you decide to relocate campus to Colorado; the conference will never be the same.

Unfortunately, you are being included within this list solely because the NCAA forces me to. Most of us have a tendency to wish you would just travel to some far away place and never return. There's pretty much no escaping the averageness of your place within this conference. Keep quiet and get back to work.

Let's face it-you will always be the 'Assistant to the Regional Manager' to U of M. Although catchy, your tag lines, including "Sparty On" and "Go Green, Go White" are overused and utterly annoying. Despite your surprising amount of talent, people will never take you completely seriously because of your inferior position within the state. You are hated not out of jealousy, but out of irritation. If you signed up for a second life, there's no way you wouldn't choose to be a Wolverine instead.

The humble sweetheart of the Midwest. You probably deserve a lot more attention than you actually get, but we can't help but envy your modesty. Like Pam's sudden role as Office Administrator, your unforeseen influence in the football realm is something to be admired. Although not the most established in the office, your Jim Halpert (the entire state of Iowa) will always shower you with love and support no matter what the others think.

In reality, you have a good amount of potential. However, your ability to be overlooked is too powerful. Although you know how to party, your previous dormant years have left us skeptical whether or not you will rise in the rankings. Your work in the warehouse has prepared you for the noise and dust from UIUC's year-round construction. Even though you are forgotten every now and then, be thankful that you've got your head on your shoulders.

Let's face it-you're definitely not known for academic achievements. However, you absolutely know how to turn up. Partying is your strong suit, and you always know how to have a good time. Meredith definitely understands the scandalous atmosphere, for her dabble with Outback Steakhouse gift cards in exchange for sex eventually spread to the entire office. We will most likely never get you to rehab, but let us know when you're available for a conference-wide intervention.

You cocky son of a snitch-were you the one who leaked the info about the faulty Sabre printers? You've only got one supporter, and it's pretty much always the rival of whoever you're playing that week. Your cockiness gets in the way of absolutely everything you try to accomplish. We can't help but relate Howard's arrest with Barrett's, quite honestly because they were both well deserved and couldn't have happened to two better people. Your "THE" is to Ryan's "WUPHF"-please stop.

Did I stutter? You don't want to be here. Period. College retirement appears to be your long-term goal so you can start working that sick engineering job you've wanted for years. Unless provoked, you tend to keep to yourself. If you are, in fact, approached, you may choose one of two options: complain about your school's unfortunate location, or scream "Boiler Up!" and run away.

Like Maryland, you're just kind of there. Nobody pays you much attention because your obsessions with sex and booze drive everyone insane. Unlike Penn State, you haven't established yourself within the conference as a party school. Rumor has it they're offering you a position in Florida...you should DEFINITELY take it.

Badgers. Beets. Battlestar Galactica. Hot, smart, witty-you're the complete package. Your Midwestern charm combined with your no-fucks attitude puts you at the top of the list. You have the natural ability to win over the hearts of many, especially when you're the situational underdog. Some may find it a tad fishy that a U of M student such as myself would award a rival with the 'Big Tuna' label. However, the deed had to be done.