They claims it's based off the greatest literature ever written. 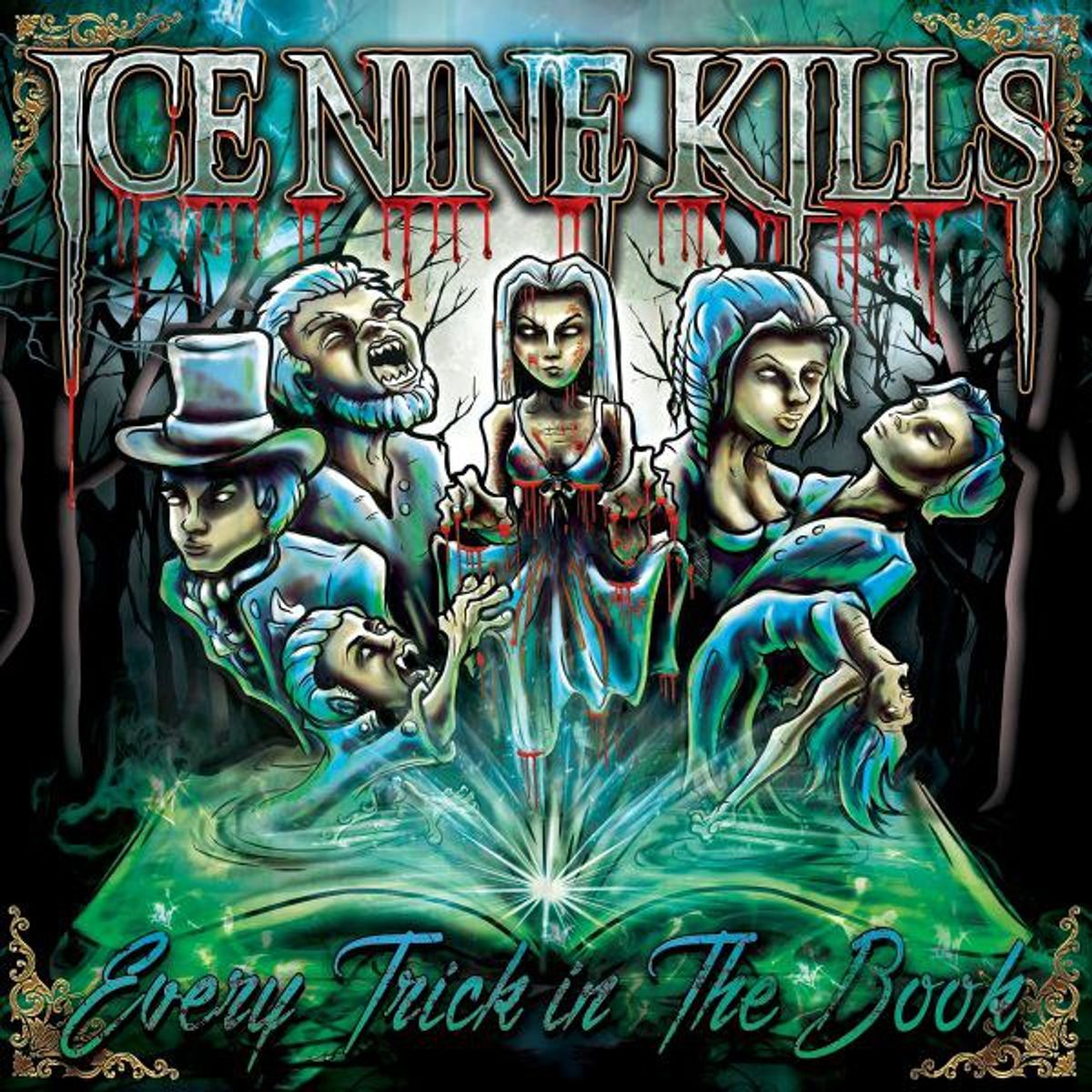 The band Ice Nine Kills released an album back in December called "Every Trick in the Book," which claims to be based upon the greatest literature ever written.

I believe that this album accurately compliments the literature it is based upon.

Each song is about a different piece of literature. The lyrics from each song accurately relates to the song they are based upon. (Lyrics from the songs are after descriptions.)

"Animal Farm" is about power and hungry 'animals' that over throw their 'farmer' and try to run things on their own. They try to create a new a better society, but as their leaders argues it becomes unclear what will happen. The author focused on the working class and in telling how naive some of them are without one telling the whole story. "Animal Farm" is about the abuse of power.

"Nature of the Beast"

"The Exorcist" by William Peter Blatty.

"The Exorcist" is about a young girl named Regan who seemed to have fallen incredibly ill. Her symptoms seem to be getting worse, psychological and physical phenomenons seem to happen. Her mother, Chris, believed it was because of the divorce between her and Regan's father. After sometime, Chris turns to a priest for some guidance. After several meetings with Regan, Father Karras believes she is under the control of demons and wants to perform an exorcism. He calls upon Father Merrin to perform it, whom ends up dying in the attempt. Father Karras must finish the exorcism and also ends up dying after relieving the demon.

"Communion of the Cursed"

I know you're in there, Regan
Just continue to breathe
I will cast him out, his grip is weakening
Cast him out, this is his day of reckoning
Through the father, the son, and the Holy ghost
I will lure this parasite from its wholesome host
Eternally, my last decree
If a soul must be taken I demand you take me

The part of "Dracula" that most relates to the song is when Dracula leaves Transylvania and becomes obsessed with Lucy Westenra. He was known for luring women either to their deaths or saving, but for some reason Lucy becomes all that he focuses on. Over time, she begins to sleepwalk and has episodes of dementia. She starts transforming into a vampire herself. The man she is engaged to notices and tries to stop it, which leads to her death.

"Alive: The Story of the Andes Survivors" by Piers Paul Read.

"Alive: The Story of the Andes Survivors" is about plane crash survivors who were stranded on the Andes Mountains in October of 1972. Originally there were 45 people on the plane, but only 16 made it out alive in sub-zero temperatures.

Steady we climb, ready to die
To look salvation in the eye
If we have to crawl out, in spite of this hell
We’ll find a way, find away, to make it out alive
Sixteen souls left in the cold, to be alive is a miracle
It all comes down to flesh and bone
It’s hard to swallow the unthinkable

"Romeo and Juliet" by William Shakespeare.

"Romeo and Juliet" is about lovers who belong to feuding families. They cannot be together and Juliet is promised to another. They try to create to create a plan to runaway, get married, and live happily ever after. Unfortunately, due to miscommunication between them and the priest, both young lovers die a tragic death-poison and a dagger to the heart.

So remember us, the soon dearly departed
And how the war our fathers started
Sealed the fate of star-crossed enemies
You and I both know that death won’t matter
Bring on the poison and the dagger
They set the stage for tragedy

"The Strange Case of Dr. Jekyll and Mr. Hyde" by Robert Louis Stevenson.

"The Strange Case of Dr. Jekyll and Mr. Hyde" is about a doctor who tries to create a way for it to rain though a drought, but instead he creates another version of himself. This other version is a murderer; that version becomes stronger and more in control. Eventually Dr. Jekyll can no longer control himself for Mr. Hyde is taking over. Jekyll sees himself becoming Hyde permanently. The final note of the novel said, "I bring the life of that unhappy Henry Jekyll to an end."

"Go Ask Alice" revolves around the idea of addiction. The writer of the diary starts as a 15-year-old girl. She first gets involved with LSD, then starts taking sleeping pills. After sometime, she begins dating a drug dealer who she starts selling drugs for. The writer of the diary and a friend turn in their drug dealing boyfriends and promise to stay away from drugs but they meet a woman who invites them to glamorous parties where they ended up using again. They are introduced to heroin. They try again to stay away from drugs but it does not help. The diarist ends up going into a asylum. When she is released, she feels better and no longer needs the diary she has been writing. But she ended up dying a few weeks after from a drug overdose. It is unsure if it was accidental or premeditated.

But I just need one more taste, one more taste
Scars earned from searching for solutions
So desperate just to feel
Sold on self-prescribed pollution, just distorting what was real
And so it goes in the throes of what I can’t overcome
Painfully numb
Dear diary
This battle’s on the verge of emergency

"The Diary of a Young Girl" by Anne Frank

"The Diary of a Young Girl" is about a young Jewish girl who was hiding in the attic for two years with her family while the Nazis had control over the Netherlands. Her father's business partner and his family were also in hiding with them. She kept the diary as a record of her life with no intention of letting it became what it did. Anne's father Otto, was the only one to survive. Anne died from typhus in the Bergen-Belsen concentration camp.

"The People in the Attic"

"Tess of the d'Urbervilles" by Thomas Hardy

"Tess of the d'Urbervilles" is about a young woman of a poor family who learns they are a distant relative of a rich family. The family sends the girl to the home of the family with royal name they are related to. The family's son, Alec, show advances to young Tess in which she declines many times. Alec ends up taking advantage of Tess. She becomes pregnant from this event and her baby, Sorrow dies after he is born. After Tess runs away, she meets a man named Angel and they fall in love. On their wedding day, she confesses what had happened with Alec to Angel. Angel confesses his own secret but cannot forgive Tess. Angel sends Tess to Brazil and she comes back to take care of her sickly mother. Alec again advances Tess and she gives in. When Angel goes looking for her, she tells him it is too late to be together. Angel leaves heartbroken; Tess runs upstairs and kills her lover.

"Carrie" is about a 16-year-old girl who grows telekentic powers. Due to her mother being very Catholic, Carrie is teased by the students at her high school for being different. After an incident, some students are banned from prom. They plan to get back a Carrie because they believe she is to blame. Carrie is asked to prom by a popular guy named Tommy thinking it will change things even though her mother tries to stop her, telling everything is a sin. At prom, Carrie and Tommy are pronounced king and queen and buckets of pigs blood drop from the ceiling, killing Tommy. Almost everyone attending prom gets trapped inside the building and dies.

"Hell in the Hallways"