It's Okay For Your Dreams to Change

It's Okay For Your Dreams to Change

Do you ever feel guilty for moving on? 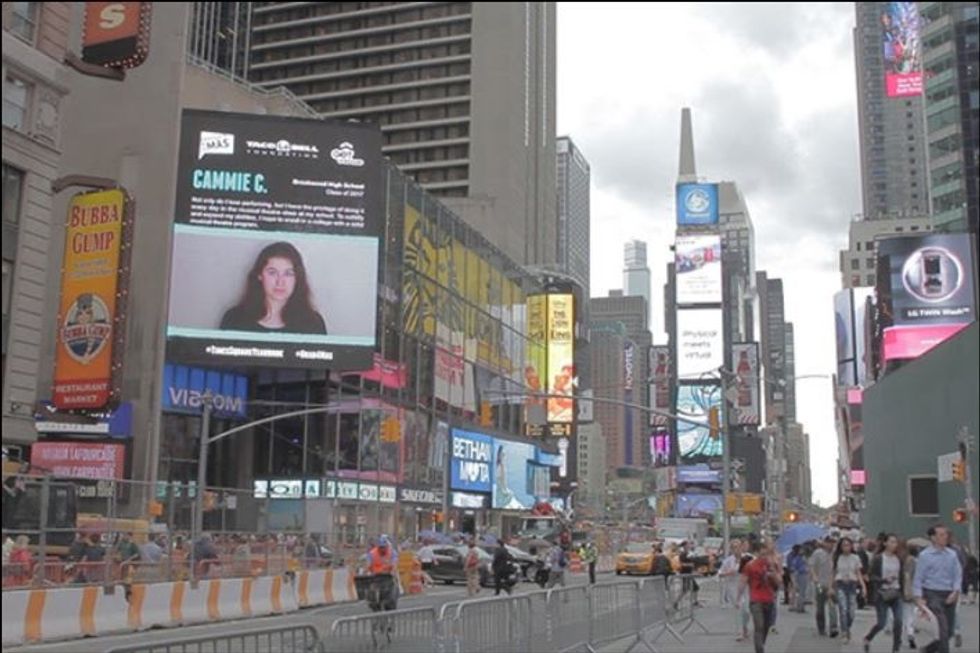 When I was in Middle School, I had decided beyond the shadow of a doubt that I wanted to be an actress. I lived and breathed theatre. I made life-long friends when we put on Beauty and the Beast, Jr. in eighth grade (and, yes, Yours Truly was the Beast). The idea of creating a production out of practically nothing with a team of like-minded peers enchanted me. Theatre coaxed me out of my shy, awkward shell in a way that nothing else had. My friends and I went so far as to make a pact that even if we had to live on the streets, we were going to move to New York City after high school graduation and look for our big breaks.

Looking back now as a college student who definitely didn't move to New York City, I can clearly see that I was inexperienced and naive to think that finding success was so easy. The stakes were low in Middle School as I pursued my big dream, and living in a small town gave me confidence because there was simply less competition. Suddenly, I had to move with my family to a suburban city, leaving all of my friends behind. When I started High School and was accepted into the hallowed Brookwood High School Musical Theatre Department (You know, the one featured on the Disney+ series Encore!), I was suddenly exposed to the sheer amount of talented individuals that were around me. I was no longer the big fish in a small pond. When I was in High School, I never landed a lead role; while I still loved and enjoyed the institution and camaraderie of theatre, my confidence took a huge blow. That was when the doubt first started to creep in.

After graduation, I started to major in Theatre at my university, and the level of talent around me was through the roof. I panicked, realizing that I was scared to death of the audition process -- to the point of hopelessness. I always felt inadequate compared with others who could act, dance, sing, and perform better than I thought I could. The performance process was no longer fun to me, and my passion was extinguished by the fear that I had failed at my dream and would never have a successful career. All in all, I didn't enjoy acting anymore. I felt lost, and without direction.

However, while I knew that performing wasn't for me, I still loved being involved in productions and making them come to life in different ways. I wrote a short play which was chosen to be featured in the department's 10-Minute Play Festival. In fact, I was the first female freshman to have that honor! I also joined my school's Music and Entertainment Business certificate program, which instantly felt more like the kind of career path I wanted to explore. The amazing faculty in my major and certificate program showed me that there were a multitude of creative outlets available to me. When I finally realized that acting wasn't the ONLY way to succeed in the industry, I felt freed. It took me so long to realize because, deep down, I was afraid of disappointing my younger self, who believed so fiercely in her dream.

Sometimes, when things don't work out exactly how you imagined them to, you start to feel as though you are failing and losing your way. But we all grow up, and our dreams and plans can grow alongside us. The only real failure is to remain stagnant and resistant to change. When I let go of the preconceived plans for my life, I started to see myself in different roles and could imagine limitless possibilities of where my career might take me.

For anyone out there who might also feel tied to a certain career or interest path (because of yourself, or even someone else), I'm here to tell you that it gets better and it's never too late to change direction. As a naive eighth grader with a passion for theatre, I couldn't have imagined how far I'd stray from my plan of slumming it in New York City. But now, I can honestly say that I've never felt more secure and optimistic about my future. In the last three years, I've seen things, met people, and had experiences that shaped my view of the world forever. Opportunities continue to show up in the most unexpected of times and places.

It would be a shame to put that to waste by pursuing a false dream.