I am not that bad at math. 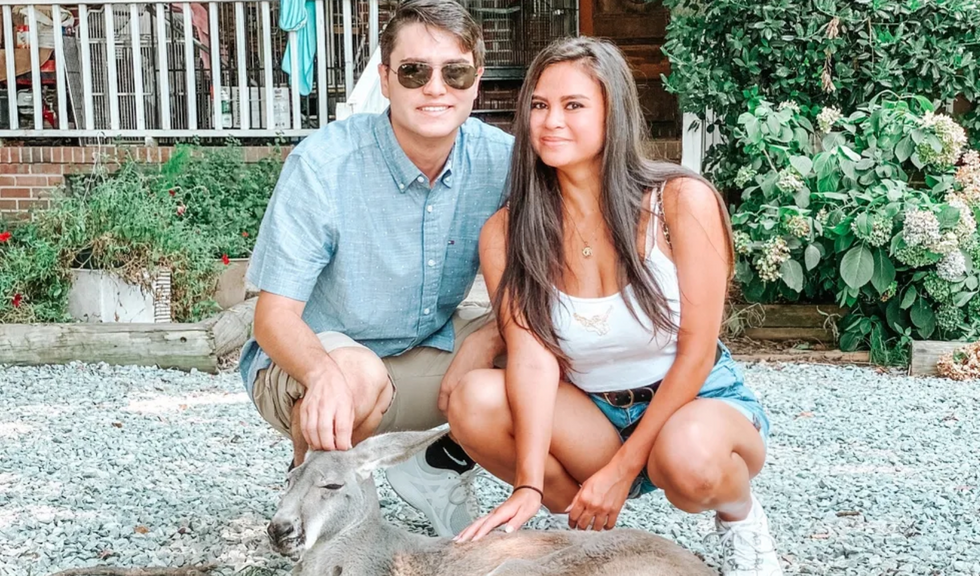 I met my current boyfriend, Joseph, around 3 years ago on the first day of college. He was suite mates with my home town best friend who ended up going to NC State with me.

I had a different boyfriend at the time but we still became really close friends. Eventually we always did our homework together, ate together, and intramural sports together. So then he became one of my best friends. I never saw him as more than that though until I broke up with my now ex boyfriend.

Things happened naturally and we just started dating once we realized we had feelings for one another.

That was around 2 and a half years ago and we are still together now!

Now since he is not only my boyfriend, but also my best friend, I thought it would be fun to ask him some questions to see how well he knows me!

1. What would my favorite meal be?

Me: Eh, tacos are one of my favorite foods but I was thinking more of like a whole meal. I would say my favorite is steak with fries!

Me: Yah I hate bananas. Not a big fan.

Me: Yah I really love that place!

4. What's one cause I really care about?

Me: I mean I don't know if I would word it that way. I do care about that but I was thinking more about like human trafficking is something I am very vocal about. Initially though I was thinking about saving the oceans because I am very passionate about that as well. I will count this one though as correct I guess.

Joseph: The Philippines, Australia, and Europe (Spain is number one).

Me: Correct for the most part. I definitely want to go to the Philippines and Australia, but for the third one I would say just Spain because Europe is a pretty broad answer.

7. What's my favorite thing about you?

Joseph: My selflessness/wanting to make sure everyone is always happy before myself.

Me: Yah. I love that but also just remember that sometimes you have to put yourself first or people will walk over you!

8. If I could have any job in the world what would it be?

Joseph: Movie star/actor so you can be famous in California.

Me: That is totally one of the options. If only I was a better actor. I would say that my dream job though doesn't exist because if I could I would want to do something that combines my love for dogs, the ocean, writing and acting.

9. What is my favorite memory of all time?

Joseph: When you got Jenny and you waking up with her every night to make sure she knows that you are her mother.

Me: Yah. That was the best day of my life. Getting her was something I had dreamt of since my childhood. The looking after her part when she almost died was not as fun but I am happy that she is fine and that we have that special bond now. She is actually sitting on my lap as I type this.

Me: Wow. Offensive. I got an A + in every math class I have taken in college. I mean they were easy math classes but I still give myself credit. Math is for sure my worst subject and I do not like doing it (unless it is for a sale), but I would not say that I am totally bad at it.

Me: I am not going to lie, I was expecting a sweet answer that reminds me of the things I am good that have meaning but I'll take makeup. Though, since COVID-19 has started I haven't done my makeup in a while. Compared to some people though I can't even compare. I mean there are people on the Internet drawing like the Mona Lisa on their eyelids. If only I had that talent!

12. What would you say is my greatest weakness?

Me: I guess? I don't really know. I feel like I do that for sure, but sometimes I am also pretty confident in myself. If I answered this about myself I would say my short patience and how I get when I am hungry.

13. What would you say is my greatest strength?

Me: Yah I would say that I am a leader for sure in most settings, however in others the confidence is just a front. Fake it 'til you make it!

14. What is my favorite drink?

Joseph: Lemonade and fruit punch, but if you want alcohol then gin and tonic is now your new favorite. Then margaritas.

Me: Yah that is about right!

Joseph: Between our relationship is me falling asleep during movies, but in general it is people being inconsiderate.

Me: Oh yah I hate when you fall asleep during movies. Even if we start them at like 9. Or sometimes you fall asleep even when we are hanging out with our friends. I would also say when you steal whatever I am drinking any time I am drinking something, which then causes me to have nothing to drink while I eat. In general though yah I would say that it is people being inconsiderate of others. I can not stand when people don't consider how their actions can affect others. Oh and I hate slow walkers.

Me: OK, so do I like her and follow her? Yes. But in like a serious way I would not say she is my legit role model. I would say it is my mom since she went back to school while working full time to get her Bachelors degree, Masters, and now her Doctorate. Not only that but she is one of the kindest people I know and always puts others before her self. I hope that I can be like her one day.

Me: Yah but when I took the test it was also physical touch. Mostly because I like having my hair touched.

Joseph: All of them, but seriously a French Bulldog, American Bulldog, Great Dane, and Basset Hound to name a few.

Me: Yes to all but the American Bulldog. I want an English bulldog. I just love their wrinkles and husky bodies.

Me: That is a fear of mine but it is something I have to do still so I would not say it is my greatest fear. I would say my greatest fear is being sold into sexual slavery. I have learned so much about human trafficking and it can happen to literally anyone and that terrifies me. And on a lighter note, I also am afraid of big drops like on roller coasters.

20. What is my biggest insecurity?

Joseph: Thinking that you are always overweight but in reality you are the most beautiful girl I have ever laid my eyes on.