Despite losing three of their highest scorers, the Hurricanes look to make the NCAA tournament for the third consecutive year in 2019. 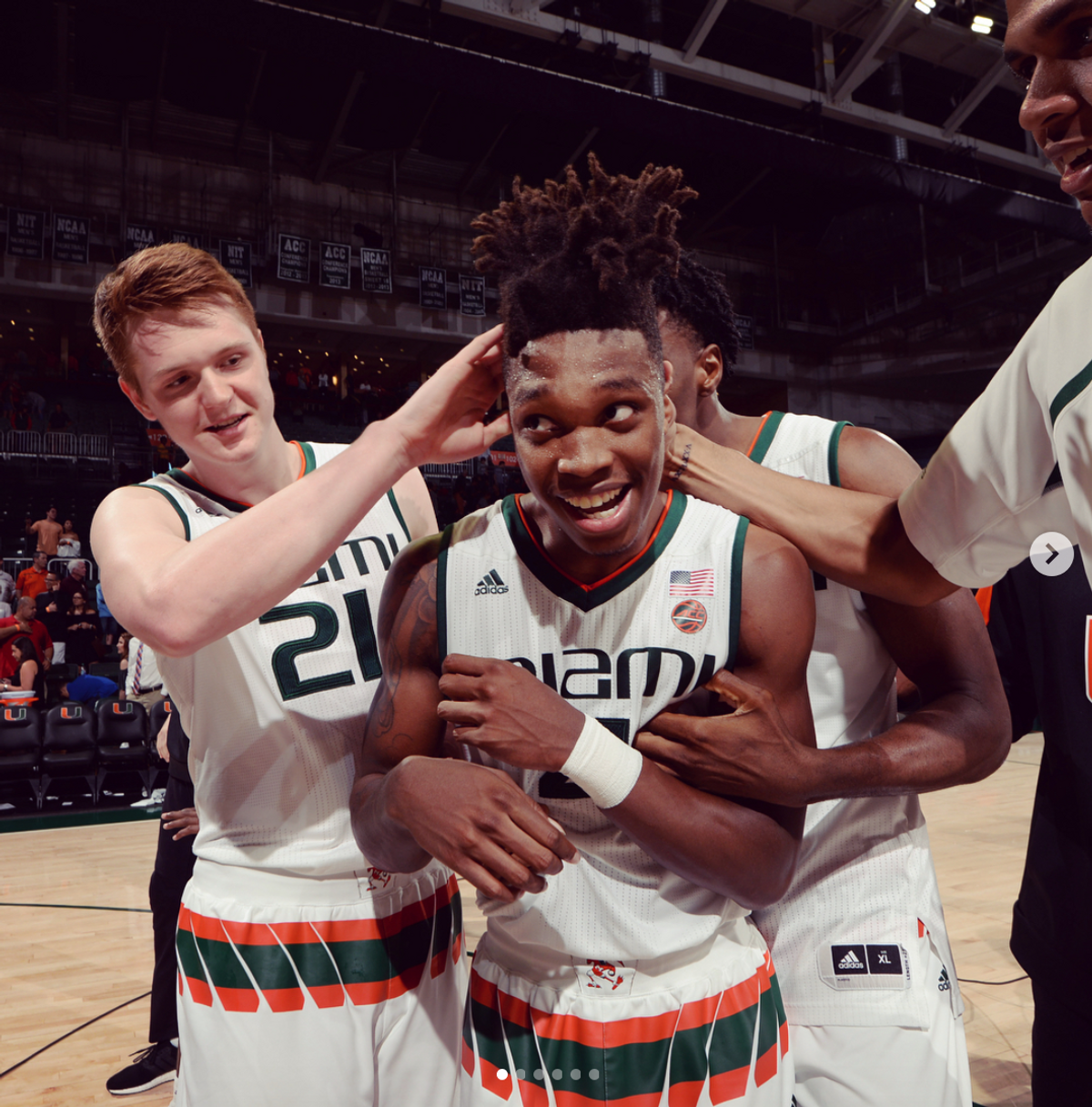 With Lonnie Walker (Freshman Guard), Bruce Brown Jr. (Sophomore Guard), and Dewan Huell announcing that they are leaving for the NBA draft, Jim Larranaga looks to move forward. Huell is the only one of the three that chose not to sign an agent. The significance of this is that he still has the option to return to college. Walker and Brown Jr., however, do not have this option.

Lonnie Walker had a solid year for the Miami Hurricanes. The five star recruit averaged 11.5 points and helped lead the Hurricanes to a berth in the NCAA tournament. One of his best games came at home against Boston College when he hit the game winning three. His most high scoring games were versus Boston University (26 points), versus Louisville (25 points), and @ Florida State (23 points).

Bruce Brown Jr. had a year that was shortened by injury. However, he still had a solid year. The Sophomore Guard averaged 11.4 points. His best games came versus Middle Tennessee State (20 points) and versus Florida State (23 points). Hurricanes fans were sad to see the star guard’s season end prematurely, but wish him the best in the NBA.

Dewan Huell, the third Hurricane to declare for the draft, had a breakout Sophomore season. He averaged 11.4 points. His best games were @ Minnesota (23 points), versus Middle Tennessee (21 points), and versus Florida State (20 points).

While Lonnie Walker is projected to get drafted in the first round lottery, Bruce Brown and Dewan Huell are projected to go late first or early second round.

Hopefully, the Hurricanes can rally next year and reach the NCAA Tournament for the third consecutive year.

As for Lonnie Walker, Bruce Brown Jr., and Dewan Huell, best of luck in the NBA!