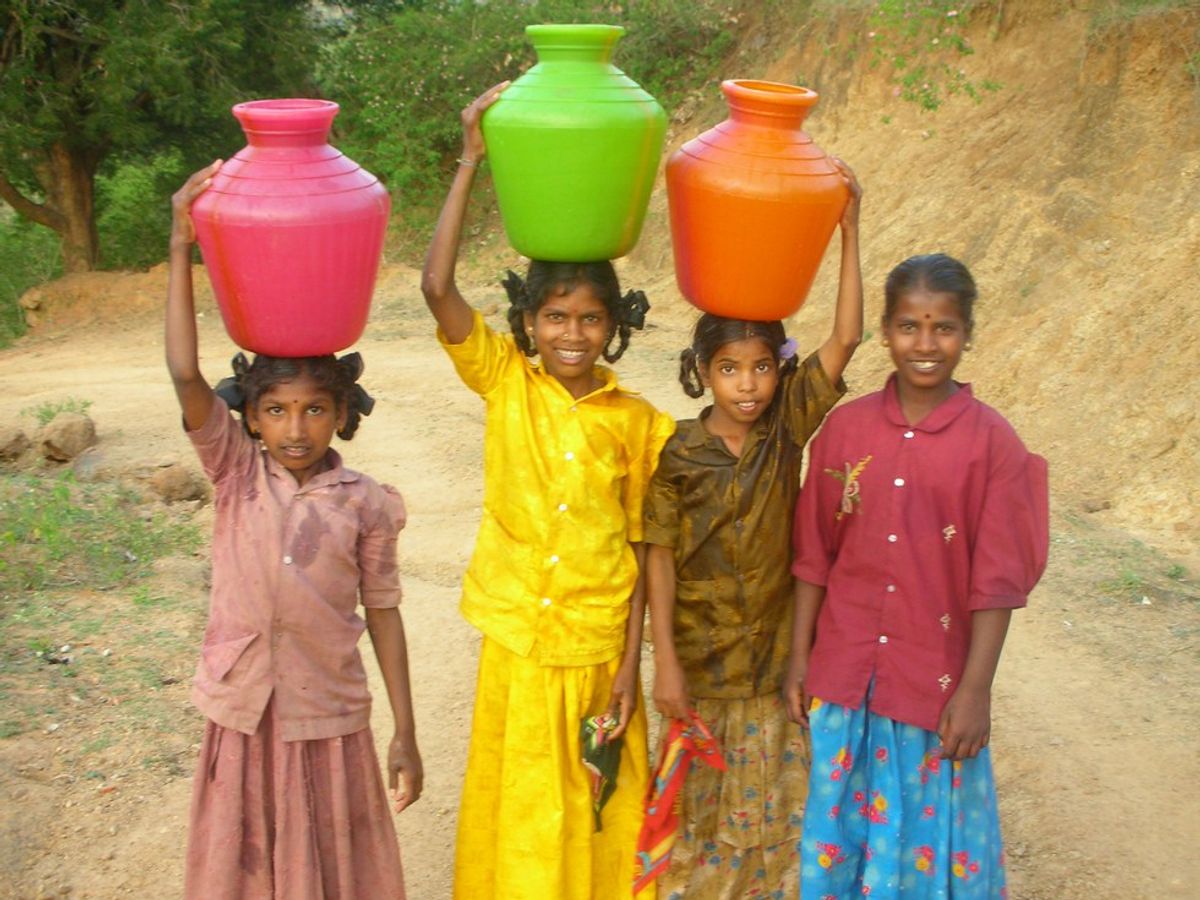 No matter what your political stance is or beliefs about her judgment and character are, you cannot deny the value and power that quote portrays. Mostly because human rights are something that women have fought decades for. As American women, we are very privileged to have basic human rights.

Though there are blemishes in the system, for example fighting for equal pay, we are very lucky. Many women in every region of the world, the Middle East, Latin America, South Asia and Europe, are not even given the opportunity to fulfill their basic human rights due to child marriage.

Child marriage is more prevalent now than ever in 2016. According to "Girls Not Brides," Niger has the highest rate of child marriage in the world, “3 in 4 girls marry before their 18th birthday.” That statistic is mind-blowing. Can you imagine being married off to an older man, before you have even developed as a young woman?

In Niger, the legal age for girls to marry is 15. At 15-years-old, many American girls are thinking of a project they have to complete or going to the school dance with friends. Child marriage has a huge impact on young girls.

When girls enter child marriage that often means an end to their education. That is denying them the opportunity to learn about their rights as girls growing into women and how to stay healthy in regards to safe sex.

India is the country with the highest number of child brides in the world, with an estimation of “47% of girls being married before their 18th birthday” (Girls Not Brides). That is more than 26 million girls in India. That is 26 million girls who have the potential to cure cancer, educate others or even fight for others.

Four things that contribute to the continuation of child marriage include gender inequality, culture/tradition, poverty and insecurity.

For gender inequality in developing countries, girls are not valued as much as boys. This could mean the son going to school and the daughter going to get married. Culturally, child marriage is something that has happened for generations, “when girls start to menstruate, they become women in the eyes of the community” (Girls Not Brides).

Families who are enduring poverty sometimes believe that marriage will be a solution to secure their future (Girls Not Brides). This means giving the daughter away to reduce the family expenses, repaying debts or building alliances. Many parents also marry their daughter because they feel it will insure their safety. This includes safety against harassment and physical or sexual assault.

There are many aspects to child marriage, but essentially child marriage prohibits young girls from becoming the women of their potential. Child brides are at a higher risk of “experiencing dangerous complications in pregnancy and childbirth, contracting HIV/AIDS and suffering domestic violence."