Let this loud American guide you along the way. 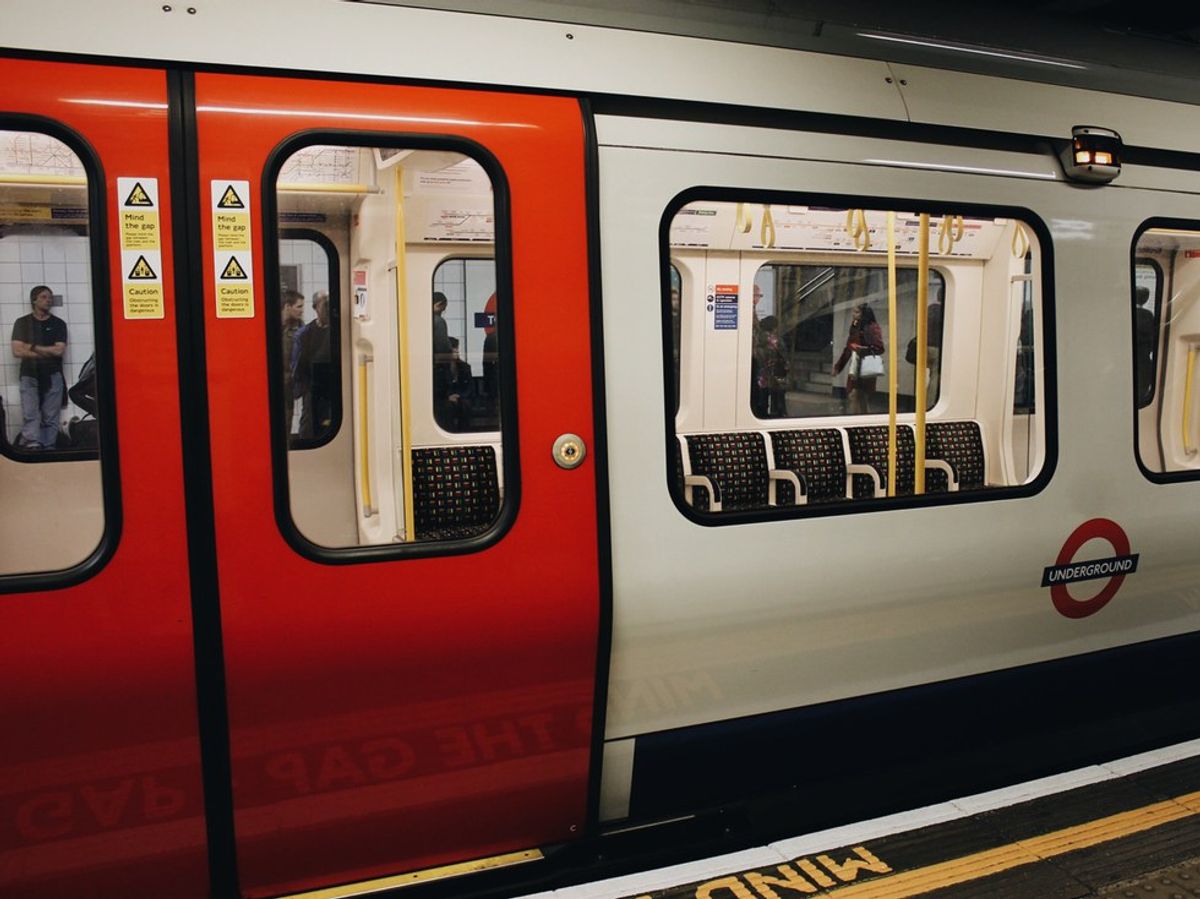 As I type, I'm heading to the airport in Paris so I can fly to Dublin and then back to the good ol' US of A after a two-week vacation, sorry holiday, around Ireland, England, Spain and France. I have seen the most magnificent cathedrals and monuments, eaten the most delicious food and didn't spend all of my money on commemorative coffee mugs, which I consider a plus. But above all the walking, stairs, cafes, rain and Aibnbs, I consider my new found expertise on metro travel the ultimate souvenir.

So, if you're going to Europe soon and want an honest-to-goodness guide on how to get around like a local from your new favorite American, feel free to use these tips to help you master your trip.

1. Buy metro tickets as you need them.

In most cities, Paris especially where they only cost €1,80 vs. Dublin which is about €4, it's a lot more convenient to buy metro tickets as you need them. Most cities have tickets that let you travel as far as you need in one direction. That, plus you'll probably be walking around the city most of the time anyway, makes it not only easier but cheaper to buy them one at a time instead of a multi-day which I'm pretty sure they jack up price-wise on purpose.

When you get to the platform of the station, go left or right and keep walking. Don't stop right in the middle because a) It will be more crowded and b) You'll block other people who used my advice.

This one I'm a bit torn on. I brought my card and used it most of the time (don't forget to call your bank and tell them you're leaving the country, and good luck buying anything if you don't do that) but my friends who traveled with me relied on euros and pounds which they traded in before we left the States. For metro purposes I personally would suggest card, at least for the first couple of uses until you know the exact amount and can retrieve said amount before it's your turn to purchase tickets. Nothing gave me more anxiety than digging through my coin purse for the last 40 pence while a Parisian who just wanted to reload their pass before going to work huffed behind me before eventually giving up and going to the machine next to me.

Side note, this is just for metro. Notes were easier out and about. Since taxes are already incorporated into the price what you see is what you get, plus a lot of local shops and restaurants have a minimum price for credit cards.

Yeah, yeah I get it, you're afraid of looking like a tourist and, thusly, being laughed at, or worse, robbed. While the latter is a legitimate concern (more on that further down) the former is just silly. Even locals were metro newbies at one time. Some may even ask to help! To my surprise, at least once in every city I visited, a nice local saw me admiring the large map on the wall and gave me advice on where to go and the fastest way to get there.

Still afraid of being judged or hate talking to people? Ugh, fine, I get it. If that's the case, see if where you're traveling has an app with all the different lines, where they go and what's at each stop. If they don't you can google it. Literally. Google Maps includes the metro so screenshot it while you still have blessed free WiFi and then head down into the underground. I would include all the screenshots I took of the stops I had to take and which line was which but I had to delete them because they were taking up too much space.

Or just do it very quietly. Trust me, I hate this one, too. So much. Growing up in the South and frequently traveling to the Midwest to visit family taught me to do everything except ignore the passenger next to you. Meeting people is half the reason I came to Europe and I'm used to small talk filling the air wherever I go. But like everything else, there's an unspoken etiquette to it. I know I talk loud and I've accepted it, but nothing made me more aware of it than when my laughter on the London Underground was followed by a swallowing silence. It was hella awkward. I got over it eventually, but I did make a point to speak quieter in order to be considerate of others on the train.

6. Stay to the right when exiting.

Y'all your feet are going to hurt. So unless you're used to walking miles uphill both ways everyday, that small amount of time from the bottom of the escalator leaving the station to the top will be a gift. Locals on the other hand, spend half of their lives kilometers below the surface of the earth and just want to get in and get out as fast as possible and boy oh boy are they experts at giving you the stank eye for having the audacity to stand on the left. I did it once by accident and that's all I needed to scar me for life. The rest of the trip I checked for other Americans standing side-by-side wit their friends and yanked them out of the way of the bulldozing Londoner scaling the steps like I was intercepting a child about to be hit by a car.

You don't run around the busy areas of your town with $100 bills just thrown everywhere in your bag/suitcase/pocket, so why the hell would you do it in a city that's money is literally foreign to you? I am still torn on cash v. card, and to be perfectly honest I used my card because I don't trust myself to not drop at least five tenners on the ground at any given moment and leave a Hansel and Gretel trail of money to my feet.

The main rule literally anywhere you go? Don't get distracted. Be smart about it. Just because you're in Paris, the city of love, does not mean the cute boy with an accent has fallen in love with you from across the Champs-Élysées and wants to whisk you off to his family's Chateau is the south of France. Just be smart! I almost failed this rule. The key to remember is: if you wouldn't fall for it in America, definitely don't fall for it outside the country.

The metros will get crowded. People live there and rush hour exists, after all. Know what stop you're getting off on before you even get on the metro (see #3) and plan for it accordingly, inching closer to the exit or standing near the door from the beginning. Do not, I repeat, so not, sit down if you're only going one or two stops over. It ain't worth it.

Most importantly, have fun! I hate planning and I'm trying to be one of those people that loves "experiences" more than "things," but "experiences" are more rewarding when you know where you're going, I'll promise you that. Let me know if y'all have any crazy metro stories, abroad or otherwise! I'll need reading material on the plane.