Have that guy you can't get rid of or don't want to see anymore. Here's how to ghost him in under eight days. 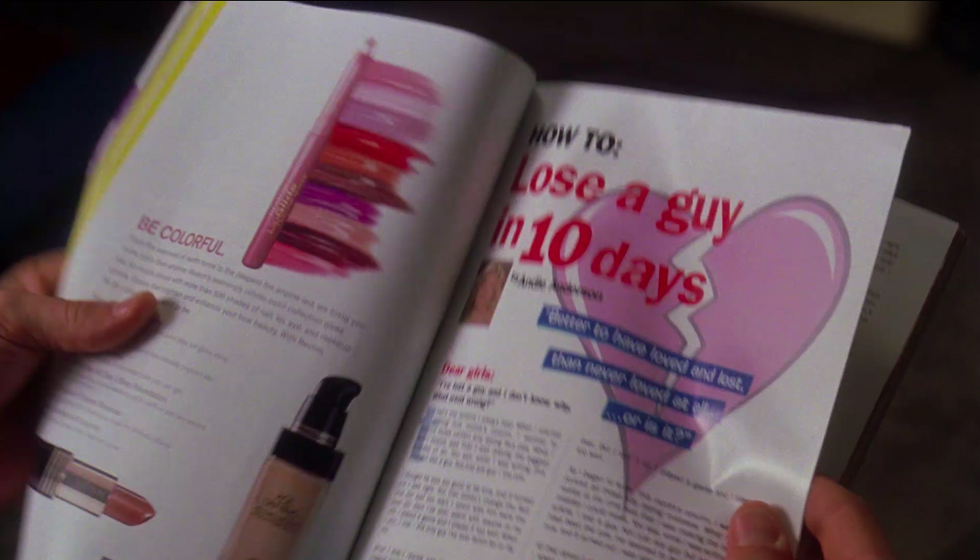 I don't know about you, but one of my favorite throwback strong women movies is "How To Lose A Guy In 10 Days." Kate Hudson was amazing in her role as a journalist writing an article on how to lose a guy in 10 days. I won't spoil the ending for those of you who haven't watched it, but I strongly recommend going and watching it right now.

However, nowadays the dating scene is not the same as it was in 2003. It is very unlikely to go out and meet a guy at a bar and instantly starting to date him and meeting his parents. Our generation is all about social media and online dating. You either go out and magically meet someone, meet someone through other friends or meeting someone on dating apps. But, in any of those opportunities, you can not guarantee that you will meet the perfect guy. You can not guarantee that you will find a guy that isn't creepy or isn't a terrible person or isn't a player. You have to go through some bad ones to find a good one. In my case, I thought they were all bad. "I lost a guy and I don't know why." I along with many girls have said this statement many times.

So when a good guy comes around we don't know how to act and they end up leaving anyway. When I met this one guy though I thought he was too good to be true so I did the only thing I knew how to do — How to ghost a guy in just eight short days.

The introductions. Getting set up by your friends actually helps a lot because they can tell you stuff about the other person. You get to meet each other with some background knowledge. But, the first day is just about being yourself and having fun.

This is a day to hang out with them and get to know them. Introduce them to a few of your friends and get your friends opinions. The thing is when he starts so signs of being a good guy and when your friends say they like him. It's when you start to feel like it's too good to be true.

You don't see him, but he's texting you. He wants to have real conversations with you and takes interest in getting to know you. You start taking your time to respond to him because you don't want to seem too available.

You guys are still talking, but he gives you weird vibes because you aren't use to the nice guy. So you slowly respond to him.

He talks to you constantly and you tell him that you're busy spending time with your family so don't respond as often.

He still texts you, but you only respond once this day cause you're with your family.

He texts you and you don't respond.

You accidentally run into him and he keeps trying to talk to you. So finally, you send the text saying "Hey, sorry I really would just like to be friends." He doesn't understand why and wants to talk to about it so you tell him "Sorry I just want to focus on school, maybe we can continue this conversation next semester."

And then never respond to him again.

The thing about our generation is they classify ghosting as an OK thing to do. After doing this it didn't feel right, but I never had to see him again so it was OK. It isn't OK. Ghosting hurts peoples feelings and I don't think anyone would want it done to them.

Little did I know at the time I had a great guy in front of me. He was a good guy and just like Andie Anderson I lost a really good guy. I had never had the good guy before and I thought that I was just gonna end up hurt again, but I ended up being the one doing the hurting.

Two months later, I was lucky enough to see this guy again and become friends with him. I was truly able to see how great of a guy he was and apologize for what I did. We ended up becoming best friends and he wasn't just some guy that my friend introduced me to. In November I thought it would never work out and that I would just get my heart broken, but here I am happy and calling this guy my boyfriend.

Both Andie Anderson and I realized that it's not fun to play games and that we both had a great guy in front of us. She regretted doing what she did and so do I.

Ghosting someone isn't something that should happen.

Communicate to the person how you feel and if you truly don't like them y'all can still be friends. I wish what happened didn't, but if it hadn't I don't think we would be where we are today. We all make mistakes it's how we learn.

From Your Site Articles
dating
Report this Content
This article has not been reviewed by Odyssey HQ and solely reflects the ideas and opinions of the creator.