Why The SAT Test Is Unfair
Odyssey

Why The SAT Test Is Unfair

Standardized testing should not play a huge role in the college application process. 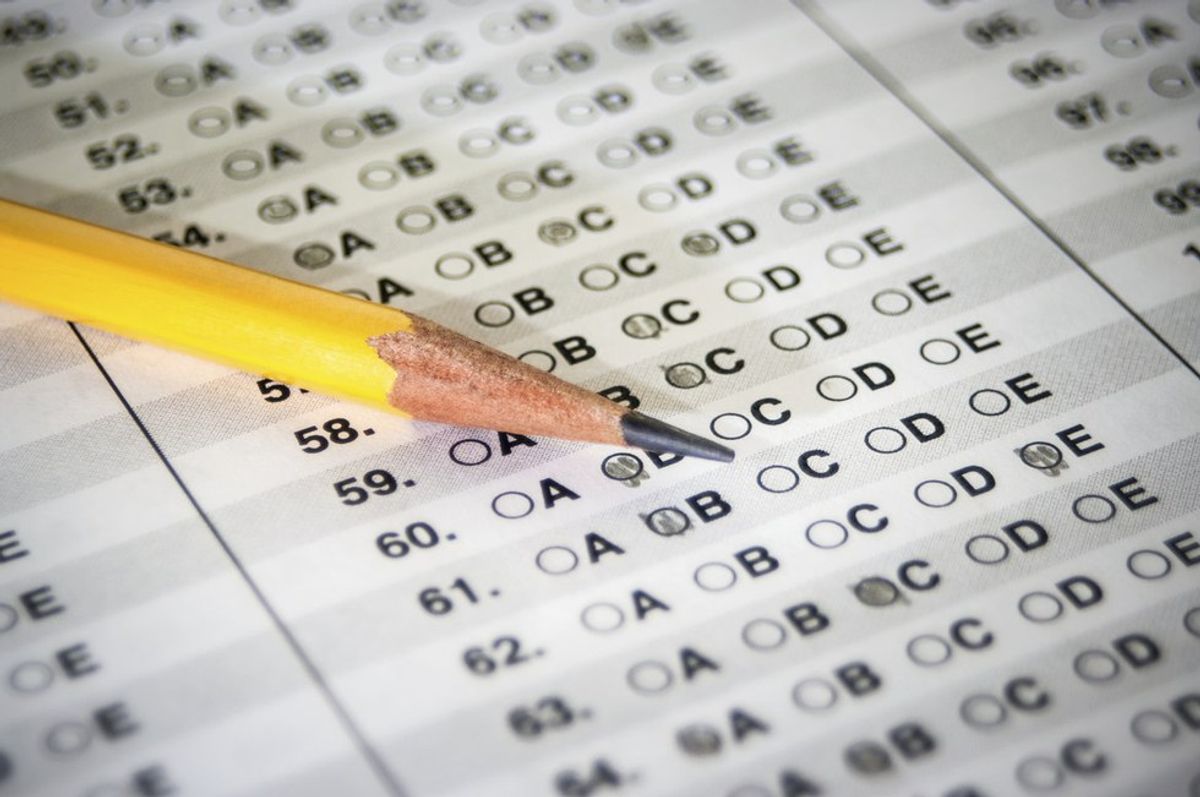 Have you ever felt overwhelmed and stressed because of the SAT? I know I did my junior year. My childhood dreams revolved around going to a good college, but the pressure to do well on standardized tests made my college application process very stressful for me.

If Wake Forest was not a test optional school, it is very likely that I would not have been admitted because my test scores did not reflect my academic capabilities.

The National Association for College Admission Counseling has stated that the SAT and other standardized test scores account for more than 50 percent of the college admission process for most universities, and this test’s role in determining the admission of most students needs to change.

The SAT should not determine people's acceptance into college, and colleges should eradicate this test completely from the undergraduate college application process.

The SAT comes at a disadvantage for minorities who do not speak English as their first language and people from low-income families. If the SAT counts for more than 50 percent of the college decision process, people with an income or language inconvenience face more challenges getting into college. The Harvard Educational Review and the Princeton Review have called the SAT a “white preference test” because the writing sections describe topics associated mostly with the white demographic and topics that Caucasians are more exposed to.

The SAT challenges low-income families especially because tutors and preparation for standardized testing costs an absurd amount of money that many families cannot afford. Tutors and private counselors cost hundreds of dollars, and in total many families spend more than $3000 paying for extra classes and tutors to raise test scores! Even with the tutors many people still have to retake the SAT more than once to improve their score. Because people from low-income families cannot afford to pay for preparation, they will have an extreme disadvantage while taking the test, ultimately lowering their undergraduate admission chances. This unfair disadvantage will especially raise the stress levels in teenagers from low-income families. Standardized tests feel hard enough for me when I take them, so I cannot imagine the disadvantage that people with a different first language and people with financial difficulties have.

The pressure to do well on standardized testing raises the stress level of teenagers, and these tests make teens feel unintelligent when they get bad scores. NBC reports from an American Psychological Association survey that teen stress levels hit nearly as high as adult stress levels, and these statistics increase each year. Teenagers who feel stressed likely suffer from depression and anxiety, drug, alcohol and tobacco abuse, lack of motivation, sleeping problems, anger outbursts, and eating disorders.

I get nervous whenever I think about the SAT, because test taking has never been one of my strengths and I always did poorly on the practice tests. People say that the SAT does not determine one’s intelligence, but I could not help but feel ashamed, stupid, stressed and nervous after I took standardized tests and got bad scores. I also know that most of my friends felt the exact same way.

One day, my friend and I talked about how stressed we felt about the SAT. She showed me this cartoon that displayed a bunch of different animals, for instance, an elephant, goldfish, penguin, and monkey, and then one tree behind all these animals. The teacher handing out the SAT to the animals in the picture said to the animals, “You all have to take the same exam, so you all should climb the same tree.”

This cartoon helps explain that not everyone will do well on the SAT because everyone has different test taking skills and test experiences. Not all the animals in the cartoon could climb the same tree. Not every smart student is a good test taker, so the SAT has no way of determining the intellect of teenagers. If students from low-income families cannot afford the proper preparations for this test, and other teenagers are developing bad habits due to stress, these students have a disadvantage for getting into college while others have superiority just because of one test score.

The SAT is designed to make college admissions “fair,” but does that seem fair to you?