How To Support BLM As A Non Black Person

How To Support BLM As A Non Black Person

Being a good ally is not as easy as you may think. 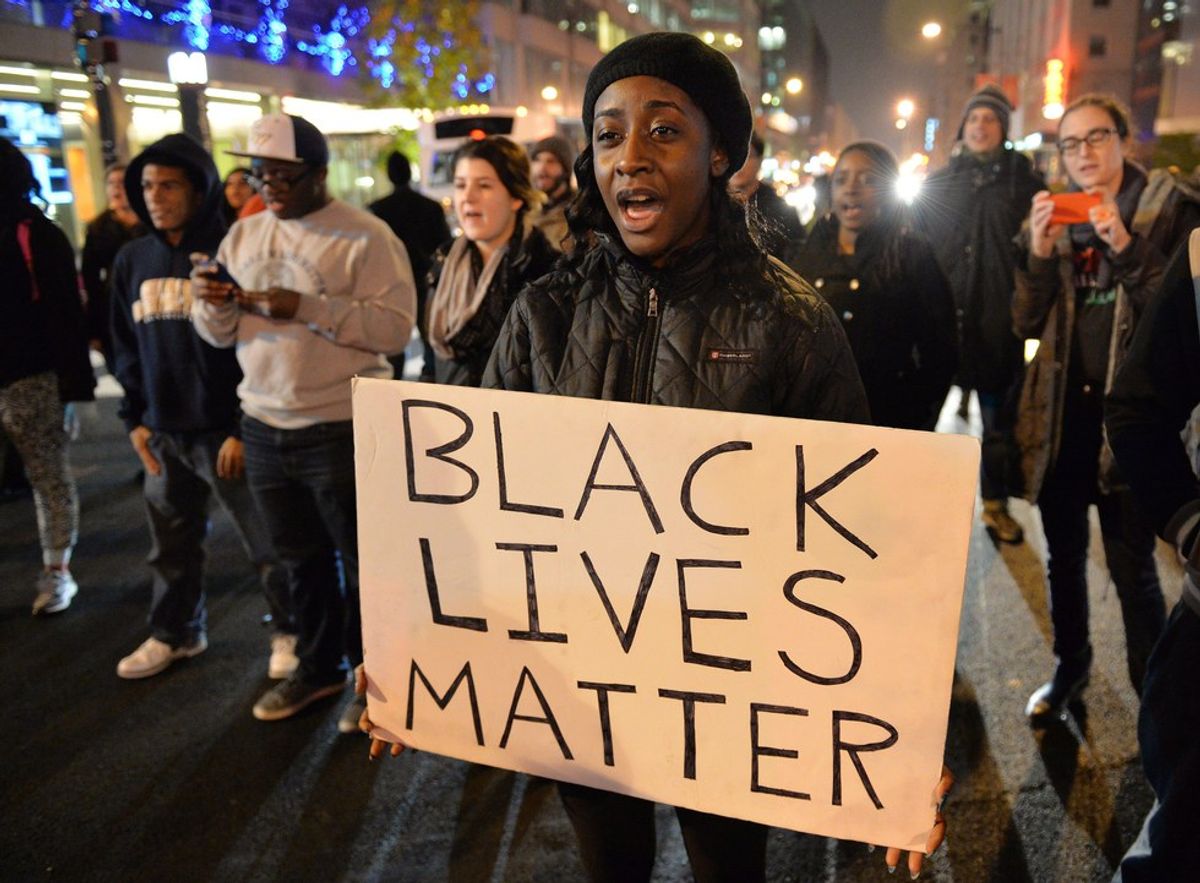 Being an ally is not as easy as most believe. The schism between sympathy and empathy often disables us from offering constructive support. We desperately want to help, and act on the best of intentions. However, good intentions don’t count for much when you’re actually harming those you’re attempting to help. After discussing this issue with my dear Feminist, Black and Latina friend, I’ve come up with some ideas about how to be a helpful and compassionate ally to Black Lives Matter (BLM).

DISCLAIMER: Some speech is so inherently and obviously abusive to BLM and its members that I’m not including it in the list. For example, asserting the guilt of Black victims of police brutality, promoting All Lives Matter or Blue Lives Matter or refusing to acknowledge the issues Black people speak of only diminishes the Black experience and promotes intolerance and ignorance of key problems.

This one seems so easy it’s almost laughable, yet we often talk over or “whitesplain” Black people. Whitesplaining, for those who don’t know, is speaking condescendingly to People of Color (POC) about the issues POC face. It’s incorrectly explaining an issue by those who actually experience it from a position of white superiority. While we need to talk about BLM and espouse its ideas to lend more voices to the movement, we also need to ensure that we’re allowing those who actually identify with the movement to dominate the discussion. We need to be here to back up Black people’s assertions and ideas, and we need to explain and promote BLM to our white and non-Black friends and family, but we DON’T need to argue about racism and its effects with people who actually have to deal with it.

Similarly, we need to be receptive to the wishes of Black people and respect their desire for silence if that is their preference. As an Asian person, I cannot empathize with the heartbreak Black people experience when yet another innocent Black person is brutally and senselessly gunned down. I mourn for the life that was lost, but I do not fear for my own life or feel the weight of hundreds of years of oppression on my shoulders. Often, we non-Black folks speak in rage regarding these murders, and demand that Black people put in their two cents. Yet, if hundreds of Asians were killed by police and I had to see those slain bodies all over my TV screen every day, the last thing I would want to do is talk about it. Additionally, when Black people do talk about these murders, white people and non-Black people often hurl vicious, demeaning attacks at them and bully them into silence. No wonder some Black people would rather remain silent on the issue. Thus, respect the fact that a lot of Black people prefer not to discuss Black tragedies or BLM, and they have the right to make that choice.

A lot of us are good at talking the talk instead of walking the walk, so to say. While sharing articles on Facebook is a great place to start, that’s certainly not a great place to end. Being active members of the community is vital to the continuance of the movement. Go to BLM events, but only if your presence as a non-Black person is welcome. Sometimes Black people want a safe space surrounded by those who share their struggles, so they may not want you at some events. However, if they do, please go and demonstrate your active, in-person support. You’ll learn so much, such as how to aid Black people with your vote, or how to help specific individuals in need of resources who have suffered racism and violence. Just make sure, again, to allow the voices of Black people to dominate the event.

4. Do what’s best for THEM, not what will make you feel like a social justice warrior.

This is something I often struggle with. The idea of being the social justice warrior, riding in on my horse of political-correctness and armed with my sword of Facebook statuses, is intoxicating. It’s no wonder why. We all want to feel like we’re helping people, we all like to show off our knowledge, and we all like to think we’re some kind of savior. But sometimes, aggressively advocating the ideology of BLM is not what the Black people in your life need. Talk to your Black loved ones and ask them what they need right now. If they’re grieving the loss of Black life, maybe they could use a home-cooked meal. You could offer to babysit their children while they take some time off to enjoy their loved ones and to just breathe. Perhaps just sending a card, saying “I’m thinking of you and you are valued and loved.” is what will benefit your Black loved ones the most. Black people right now are scared, hurting, angry and tired. It’s a never-ending funeral on the news for them. Thus, sometimes the best way to be an ally is to simply be a friend.

The world is a scary place right now for all of us, but the situation is much more dire for POC, especially Black people. Attempting to assuage their fears and stand in solidarity with them can actually cause more harm than good. Carefully consider your words and actions, and as long as you keep the focus off of you and on members of this community, you'll be an ally they will truly appreciate.