But Hillary Clinton Defended A Rapist

So we shouldn't vote for her, right? 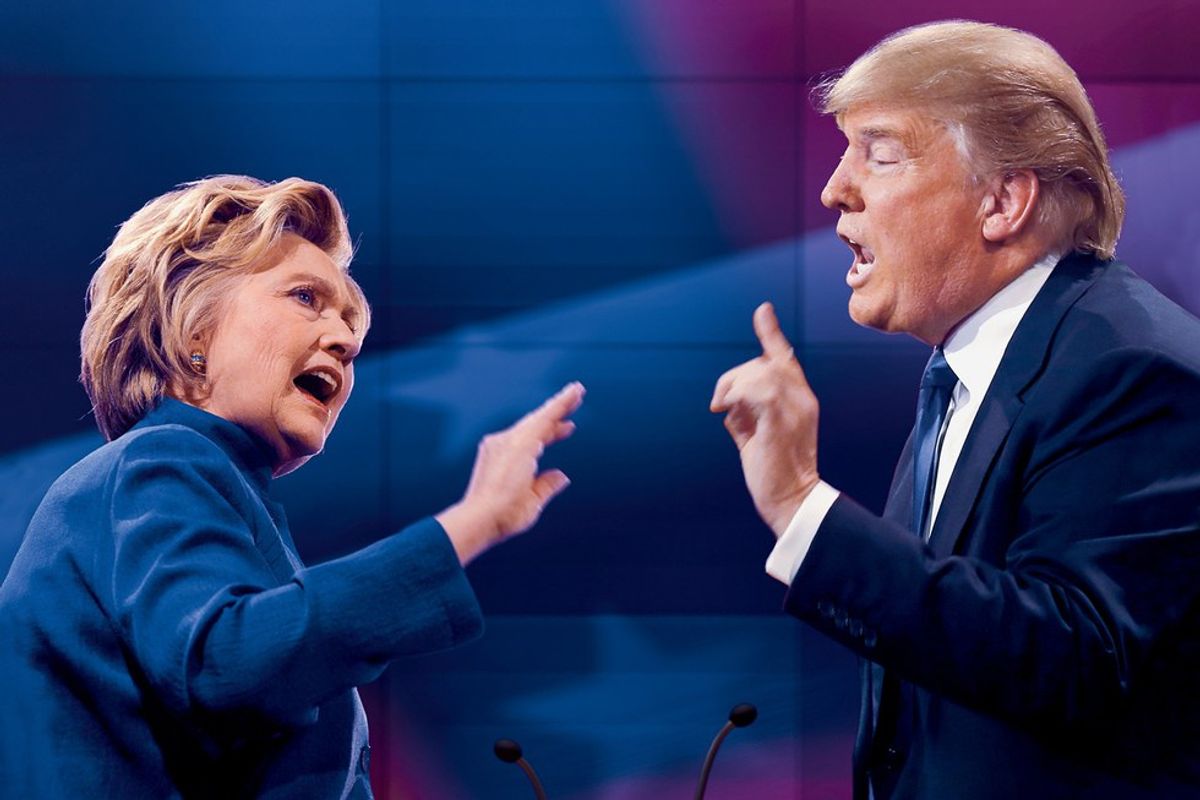 It's the current political rhetoric. "Sure Donald Trump said some vulgar things in 2005, but don't forget, Hillary Clinton got a rapist a lighter sentence."

Not that the time period makes any difference to the fact of the matter, but if Trump's actions from 11 years ago are excusable since they are so old and out of context , surely a trial from 41 years ago should be more than irrelevant. But it isn't because people want to make the argument that a man who thinks he can grab the you-know-what of whomever, whenever, just because he's a household name is different than a young lawyer defending her client.

Of all the arguments against Hillary Clinton, this one is by far the weakest. Maybe it's because I am a lawyer's child, lawyers' child actually, but I see very little substance in this argument. Maybe I just have a better understanding of the Constitution that these voters are choosing someone to represent. I'm not sure what exactly makes me able to comprehend this so much better, but there is definitely something out there that people are missing.

Correct me if I'm wrong, but everyone in this country is entitled to a fair trial (fact checkers can try the US Constitution) and within the Miranda rights that I'm sure you've memorized from television shows if nothing else, everyone has a right to an attorney, no? Well, *spoiler alert* guess what? Hillary Clinton happened to be the rapist's defense attorney! As such, her goal was not to try and cheat the system or perjure herself or her client to try to prove a guilty man innocent. No, as a defense for her guilty client, she did what she was hired to do: plead his case and got him the best sentence possible out of his options.

She did not : come up with the sentence, as that is not in the attorney's power to do, only a judge actually determines the sentencing; want to even take on the case initially; agree with the actions of the rapist; or condone his behavior in any way.

She did: do her job; do her job considerably well since she was a relatively new lawyer at the time; prove her competence with words and professionalism at an early age.

"But she laughed about it years later in an interview! There's proof!" I've listened to your "proof," I've seen the transcripts of the interview, and if there was laughter about that case I must have sneezed over it or something because it wasn't there. All the fact checking websites have also said that she didn't laugh about it.

I'm not saying that this means she's an upstanding citizen, or that she isn't in the wrong in many situations because she is. I'm not even saying that she is necessarily better than her opponent(s)--that's up to your interpretation. But I am saying that this is not an acceptable argument against her. This case should not be used as a reason why victims of sexual assault shouldn't vote for her, especially since the other candidate is one step away from being an assaulter, not just representing one in court.