How To: Save Our Planet

How To: Save Our Planet

We only have one home, Planet Earth. We all need to help protect it. 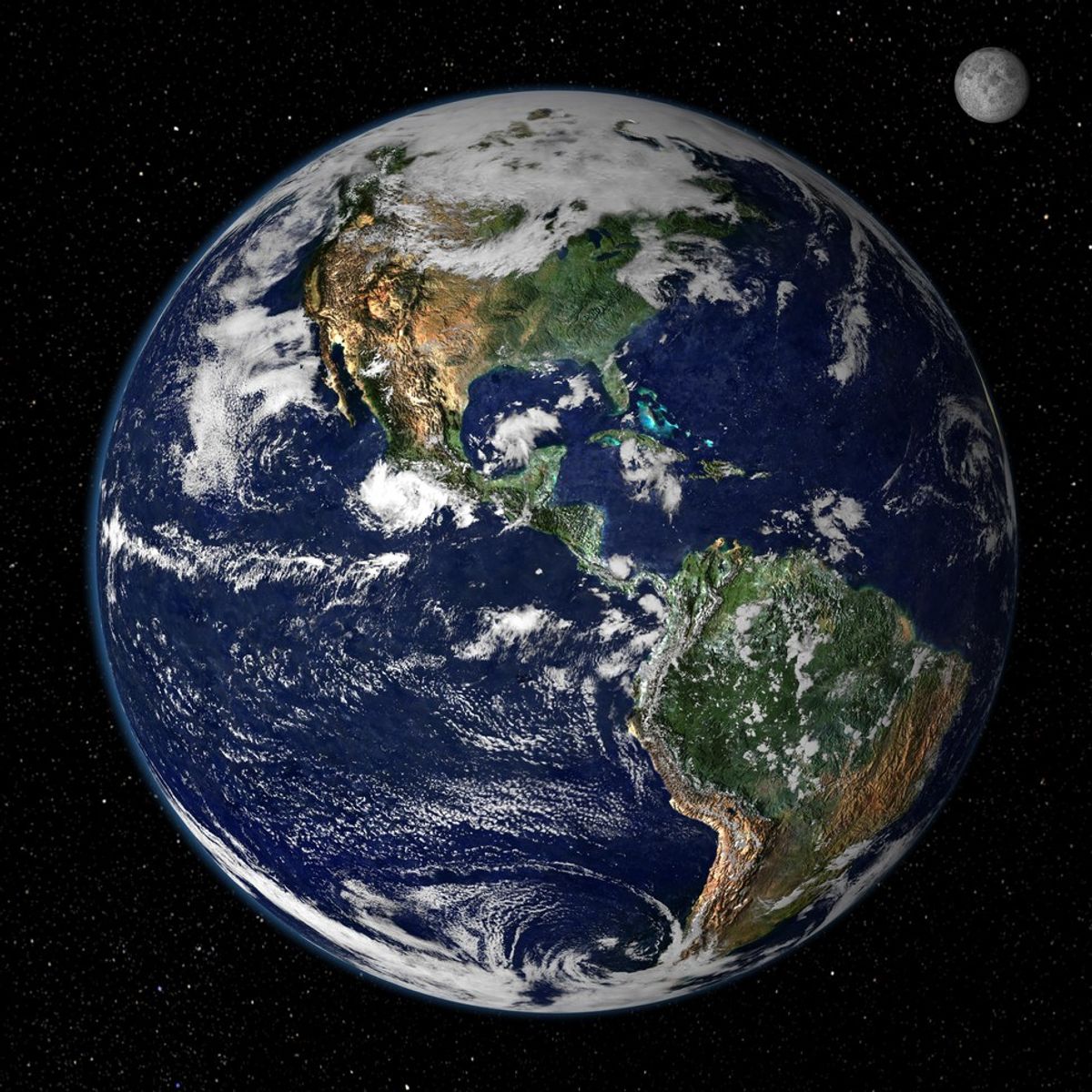 What could inspire someone to change up their lifestyle in such a drastic measure? What could possibly make someone need to alter their way of life in a desperate attempt for change?

This question is something I think about all the time. I consistently ask myself why I chose to become vegan (basically overnight). And I always come up with another new reason for why it was honestly the best decision I could have made for myself. It has brought me a new sense of living and a brand new view of the world that I would have otherwise never even thought about.

Sometimes it sucks to find out about more inhumane human acts happening on our planet, but it is also powerful knowledge that can lead someone like me to need to change because it is the right thing to do for yourself, the innocent beings being cultivated in a world of cruelty, and the planet.

We only have one planet. It is our home; our only home. It is time we take care of it.

Veganism is the best (and only) solution for the planet's future. It is the only sustainable diet for mankind to live on if we are going to stay at this ever-growing population rate that our planet is holding right now. It is important to remember that everything has a breaking point. The planet's breaking point is at about 2050. When 2050 comes around, the planet will experience a breakdown. This breakdown will be the result of the irresponsible practice of animal agriculture. Animal agriculture is the number one cause of — I would like to say — everything wrong on the planet, because it basically is.

Deforestation is the practice of cutting down forests — the rainforest and woodlands — to make room for more space for grazing farm animals. The Amazon rainforest in South America is like the lungs of the planet; without the rainforest, 20 percent of the oxygen created for the planet would be eliminated. However, this percentage is going down anyways because there are 80,000 (!!!!!!!!) acres cut down in the Amazon rainforest every day due to the "need" for animal grazing. Might I add, cattle is not even a natural existing animal in Brazil. They don't belong there. But, you know, we gotta find more places that can occupy some cattle because beef is soo good for us (sarcasm).

(Simple solution: Go vegan and there will be no more "need" for animal grazing and cutting down life-sustaining forests)

We are facing a water crisis at the moment. California is the most talked-about states in the USA struggling with this problem, but, actually, eight states are facing incredible drought (California is number six on the list). The majority of water is used up by animal agriculture. Natural aquifers underground are rapidly used up for watering crops used for livestock feed. It takes more than 1,700 gallons to produce one pound of beef. But wait! This figure doesn't account for the amount of corn and grains needed to raise the cow to a slaughterable size. If we figured everything, it takes 410,000 gallons to produce one cow (700 pounds of beef). The average cow weighs 1500 pounds but we only consume half of the cow. How many cows are raised per year worldwide? 42 million cows and calves are slaughtered per year worldwide. How many gallons of water would that add up to? About 17,000,000,000,000,000 gallons of water needed for just cows. And remember, there are many others types of animals raised for meat that I am not including.

(Simple solution: Eat fruits and vegetables and grains directly from the earth, not indirectly through flesh.)

Today, there are about 800 million starving people in the world. This daily struggle for food and water leads to 21,000 of those to die each day, mostly children. If we used the grains to directly feed the people of the planet, there wouldn't be a single person struggling with malnutrition or dying from starvation. For the 20 pounds of grain needed per one pound of beef, 20 times more food could be distributed — and healthier food, at that!

(Simple solution: Eat whole foods grown from the dirt directly. It is efficient, healthy, and green for the planet.)

Animal agriculture accounts for 65 percent of the greenhouse gases emitted into our one and only atmosphere. These greenhouse gases are being released at a staggering rate. Cattle are the main contributors, however, all animal production is unsustainable for the environment.
Let's not forget about the packaging that is needed for containing animal products — mostly plastic. Plastic takes 70-450 years to decompose. If we consume fewer animal products and more plant-based foods, our waste will diminish.
Animal production also causes dead zones in our oceans, which means that the oxygen levels are so low that marine life cannot survive in these regions of the oceans. One of the dead zones on our planet is in the Gulf of Mexico, where the Mississippi River empties into. Chemical contaminants are to blame for oceanic dead zones. We use too many pesticides and fertilizers on our crops, and runoff of farm animal waste is flowing into our streams and rivers either going into our water system or into the ocean killing off marine life.

Biodiversity is important for wildlife and plants to survive and thrive, but with the practice of animal agriculture comes another way to negatively affect the ecosystem — the loss of biodiversity. With the demand for animal-based foods, we have had to find a new way to reach supply and demand. We find land for them to graze on, making whatever was there prior needing to be cleared — a forest or a field of endangered grasslands is burned down to clear a field for cattle grazing or monoculture crops to grow. When this happens, and it happens every day, we lose plants and wildlife species.
Scientists say we are going through the sixth mass extinction in history right now. It is the biggest and fastest-paced extinction rate ever, which means the planet's biodiversity is declining at the most staggering rate ever recorded. This is affecting all living beings, even humans. We are all connected whether we want to admit it or not. That is why we have to work together to reverse the irresponsible and life-threatening actions we have been practicing.

Thanks so much, it was very long but worth it,

Find out more about me on my Instagram @ounceofjess