I Have A Dream That We Will Break This Mental Health Stigma
Odyssey
CurrentlySwoonLifestyleHealth & WellnessStudent LifeContent InspirationEntertainmentPolitics and ActivismSportsAdulting
About usAdvertiseTermsPrivacyDMCAContact us
® 2023 ODYSSEY
Welcome back
Sign in to comment to your favorite stories, participate in your community and interact with your friends
or
LOG IN WITH FACEBOOK
No account? Create one
Start writing a post
Health and Wellness

MLK's came true, why can't mine? 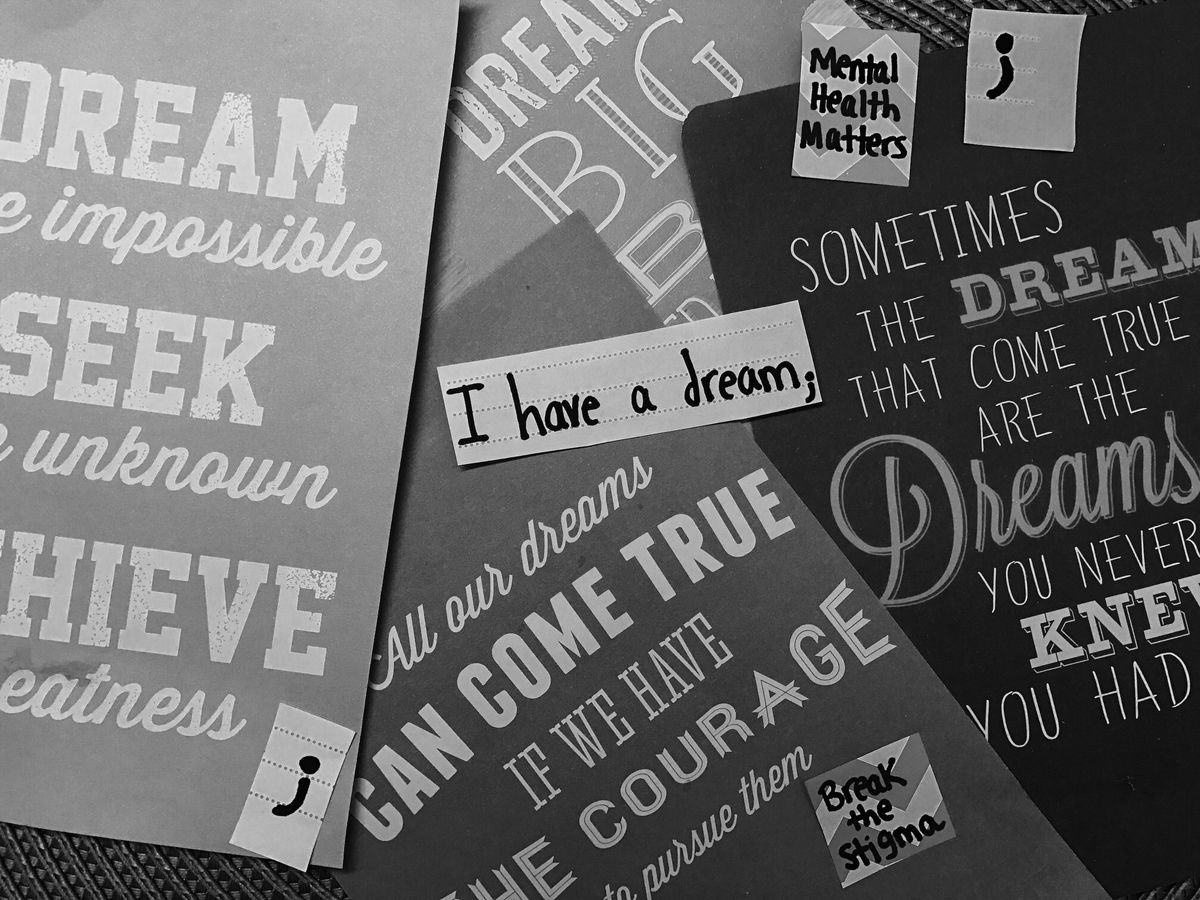 I have a dream... to live in a world where mental illnesses aren't stigmatized, where mental battles are not belittled, and where mental diseases don't have to be fought alone. I have a dream that more questions surrounding this taboo topic be freely asked, and that help be more widely available for those silently suffering. I have a dream, that mental disorders be treated as any other diagnosis; that they be seen as potent as cancer, and as life-altering as terminal illnesses.

I have a dream that those experiencing an anxiety attack stop hearing the words "calm down." That those admitting depressive thoughts stop being told they're "over-exaggerating." Because they can't just "get over it." Those with bi-polar disorder, schizophrenia, obsessive compulsive disorder, any mental disorder DO NOT deserve these misconstrued labels. They're not "crazy." I have a dream that naive people will open their blinded eyes, and shut their hateful mouths.

According to the National Alliance on Mental Illnesses, approximately 1 in every 5 adults in the U.S. (so roughly 43.8 million people) experience mental illnesses annually. Approximately 10.2 million adults of those adults have co-occurring mental health and addiction disorders. And that's just the adult statistics. Did you know that 1 in 5 children ages 13-18 have, or will develop a serious mental illness? I have a dream to expose these shocking numbers, and to educate the ignorant on this reserved subject.

Suicide is the 10th leading cause of death in the United States. I have a dream to demolish it from such a list. Nearly 60% of adults who suffer from mental illnesses did not receive mental health services in the past year. And neither did the 50% of children/teens aged 8-15 struggling. I have a dream to sink these frightening percentages.

I have a dream to share my personal battle with mental illnesses without hesitance, and to stop hiding such a huge part of myself. I am who I am, and where I am today because of the wounds both my trials, tribulations and this judgmental society inflicted upon me.

I have a dream today. MLK saw his come true, why can't I?

I am proudly walking as a team captain, mental health advocate, and survivor in one of NAMI's annual walks for mental health awareness. This donation-based walk takes place in Seaside Park, New Jersey on May 13th, 2017. Mental illnesses are a serious, serious topic and I'll devote my life to making sure this terrible stigma amongst them is one day broken. This is my dream. Please click here to donate to my team and assist in turning this dream into a reality. MLK's came true, why can't mine?

Nicole Marie Nigro
Individual Creator
7530
c1.staticflickr.com
Where to start...... Let me start with the cliche that life throws us curveballs and what we do with it is what counts.