The Haunting History Of Halloween: Why We "Celebrate"
Odyssey

The Haunting History Of Halloween: Why We "Celebrate"

Plainclothes are a demon's best friend. 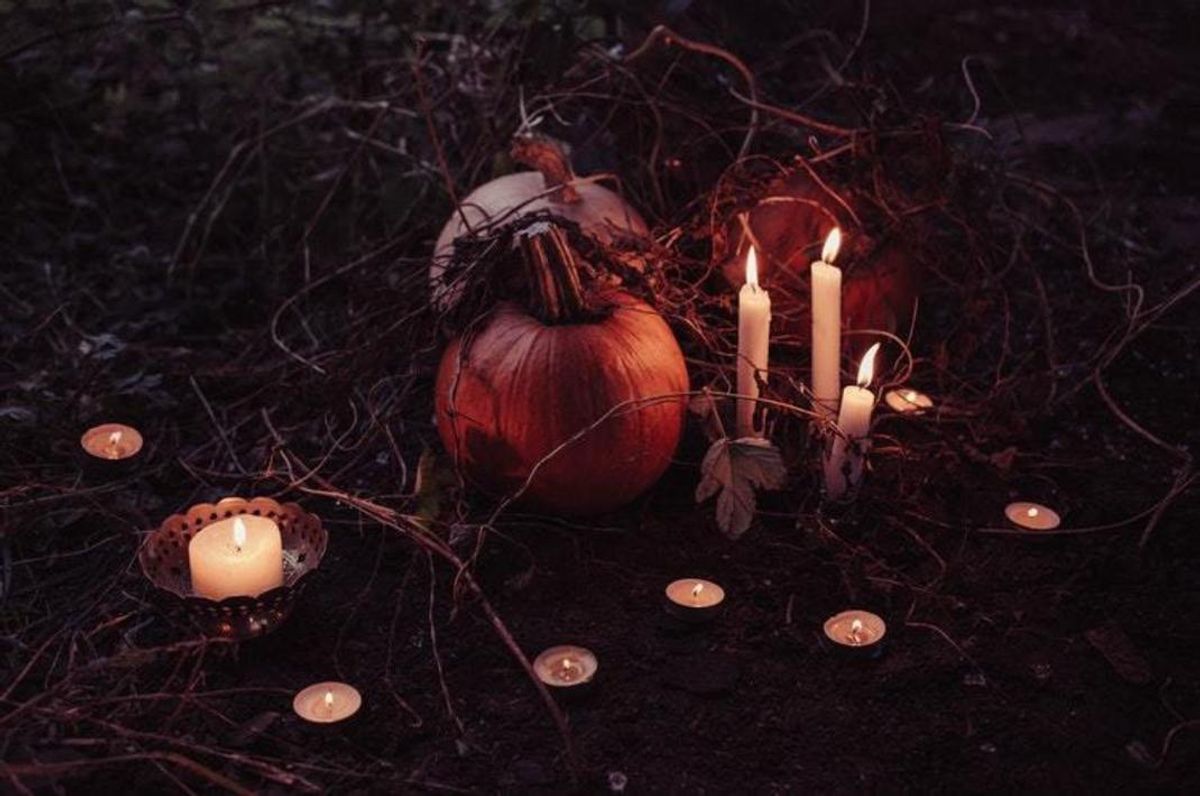 Have you ever wondered why we bob for apples and dress up in costumes once a year?

Halloween has roots dating back several centuries. It comes with it's own traditions, and (like other holidays) with every national tradition comes commercialization. Most of the holidays celebrated by Americans modernized into secular traditions, or ones not centered around religion. The common belief that Christians should not celebrate Halloween stems from the misconception that Halloween is the celebration of evil.

Samhain is still practiced in different parts of the world, specifically in European Celtic ancestry towns.

However, the history of Halloween involves a lot of religious practices within different cultures-- Christianity included.

Over 2,000 years ago, the Celtic people believed in the sanctity of borders: physical and metaphysical. Places like shorelines, bridges and riverbanks were considered to be holy sites just as the start of their New Year was considered a holy time.

Celts marked the transition into summer as Beltaine and the tranistion to winter (and the New Year) as Samhain. They considered the winter to be the "Season of Ghosts" and celebrated Samhain as a night when time ceased to exist. The spirits of their ancestors were released to walk among them; the dead and the living existed as one.

On Hallows Eve, many Celts (specifically the Irish and Scottish) had a traditional supper where they set an empty place at the head of the table for the dead. They were not to look at it until the end of the meal when the untouched food was discarded in the woods. Communication with the dead was believed possible on Samhain's Hallows Eve.

The majority of modern Halloween customs derive from Pagan and Druid practices. Ancient Celts lit bonfires and dressed up in costumes made of animal skins to disguise themselves from evil spirits. They would circle the fire with the skulls of their deceased ancestors in a attempt to protect themselves from evil.

The Scottish tradition of trick-or-treating developed from children dressing in similar costumes, going door to door and singing songs in an attempt to receive a treat. If their audience did not reward them, they resorted to tricks.

The apple was a popular symbol of the "Other World" and were often used for fortune telling. One of these tells was was we know today as bobbing, and those who succeeded in catching an apple with their teeth would have good fortune in the coming year.

Within the four centuries that Romans conquered Celtic lands, they meshed their "Halloween" practices with Samhain. In 609 A.D., Pope Boniface IV dedicated May 13 to All Martyrs Day, which was later expanded to include saints and moved to November 1.

In 1000 A.D., November 2 was deemed "All Souls Day" in an effort to bring religion into the Samhain tradition. It was celebrated the same way-- to honor the dead with festivals, bonfires and costumes-- but it was also an attempt to replace the holiday as a more "holy" celebration.

So how did these traditions make it to modern-day America?

Originally, colonial New England was not interested in any of these traditions because of their strong Protestant beliefs. As different European cultures flowed in, "play parties" became popular for neighborhoods to get together and tell ghost stories and fortunes.

Over time, it regained traction, especially with the Irish and English tradition of knocking on people's doors for food or money. Soon enough, communities were trick-or-treating.

It wasn't until the late nineteenth century that Halloween started to commercialize in the United States. It evolved into a large community celebration where towns would hold annual festivities and parties.

However, with the 1950s Baby Boomer generation starting school, Halloween made its way into classrooms and started to become a holiday for kids. The maintenance of trick-or-treating has been a way to keep all ages in the community involved.

It's no surprise that decoration, candy and costume sales have turned this holiday into the second largest commercial holiday in the United States (aside from Christmas, of course). So, next time someone tells you dressing up is for kids, warn them that plainclothes are a demon's favorite home.

Read more about the history of Hallow's Eve: