What My Hat Means
Odyssey

What My Hat Means

This pussy grabs back. 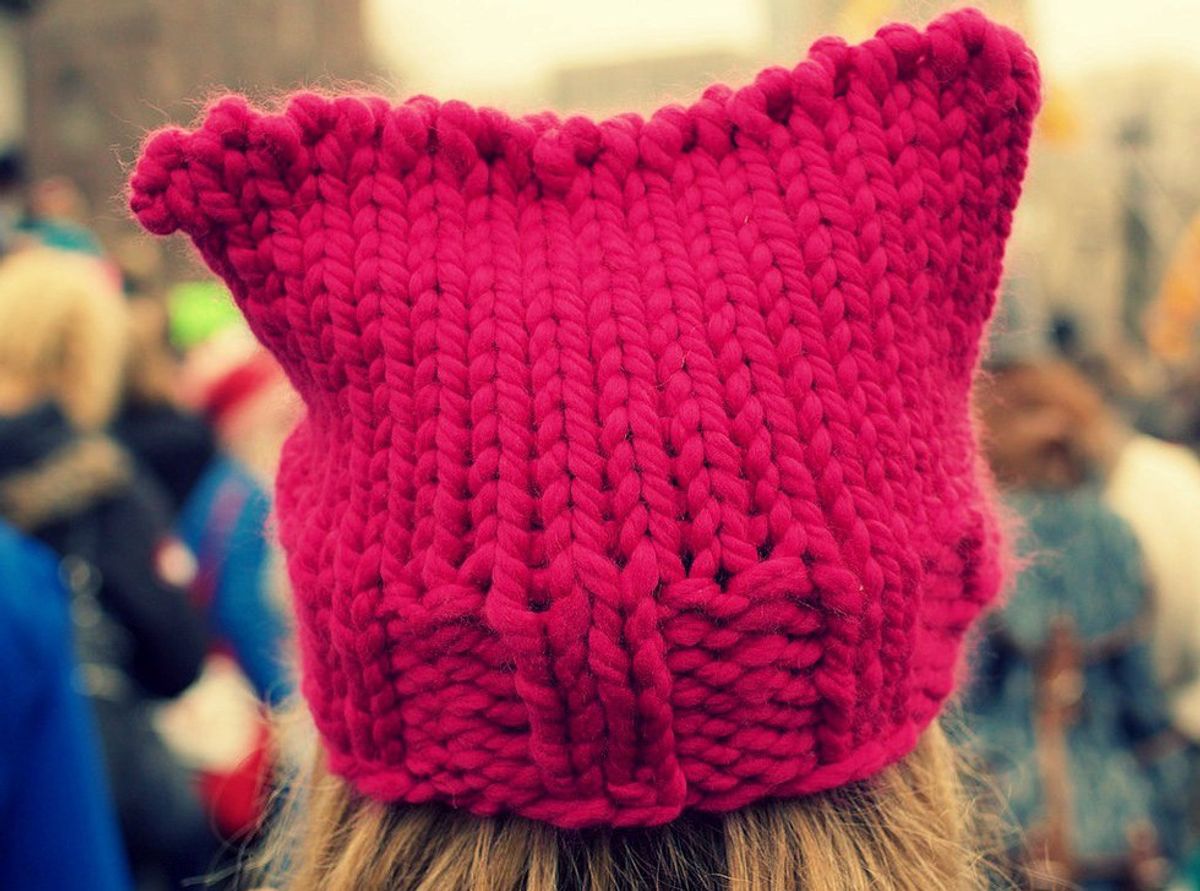 And it's got ears.

The idea was initiated to go along with the Women's March on Washington, and while the march is over, the movement lives on.

It's a simple pattern and a simple concept, but it's one that has united thousands of knitters, sewers, crocheters, and textile artists in the revolution that has begun to form. Out of the election and ensuing chaos, a community has grown.

I was late to the game in knitting these hats, and I will forever regret that I could not join the march in DC, but I wear my hat proudly anyway.

I am an advocate.

I stand for equality - in gender, in race, in sexuality, in religion.

I stand for all of the refugees that have been denied sanctuary.

I stand for the arts community, that is being threatened as we speak.

I wear this hat because I cannot bear to sit idly by and watch the values I believe in be dismantled. I refuse to watch this country crumble.

I wear this hat because too many of us have been grabbed. It's traumatizing . It breaks a part of you that you didn't know could be broken.

I wear this hat because so few people recognize that the things President Trump has said are dehumanizing and, dare I say it, triggering , to people like me.

The perpetuation of rape culture is unacceptable.

The stigmatization of assault survivors is unacceptable.

Let this hat and these words stand as proof that I went in swinging. That I did not take this attack on human rights quietly.

For more information, or how to make your own pussyhat, please visit https://www.pussyhatproject.com.

Please contact me at skt1001@plymouth.edu if you are interested in commissioning a hat for yourself or a women's shelter.