Twelve years of dreaming, and my hard work paid off 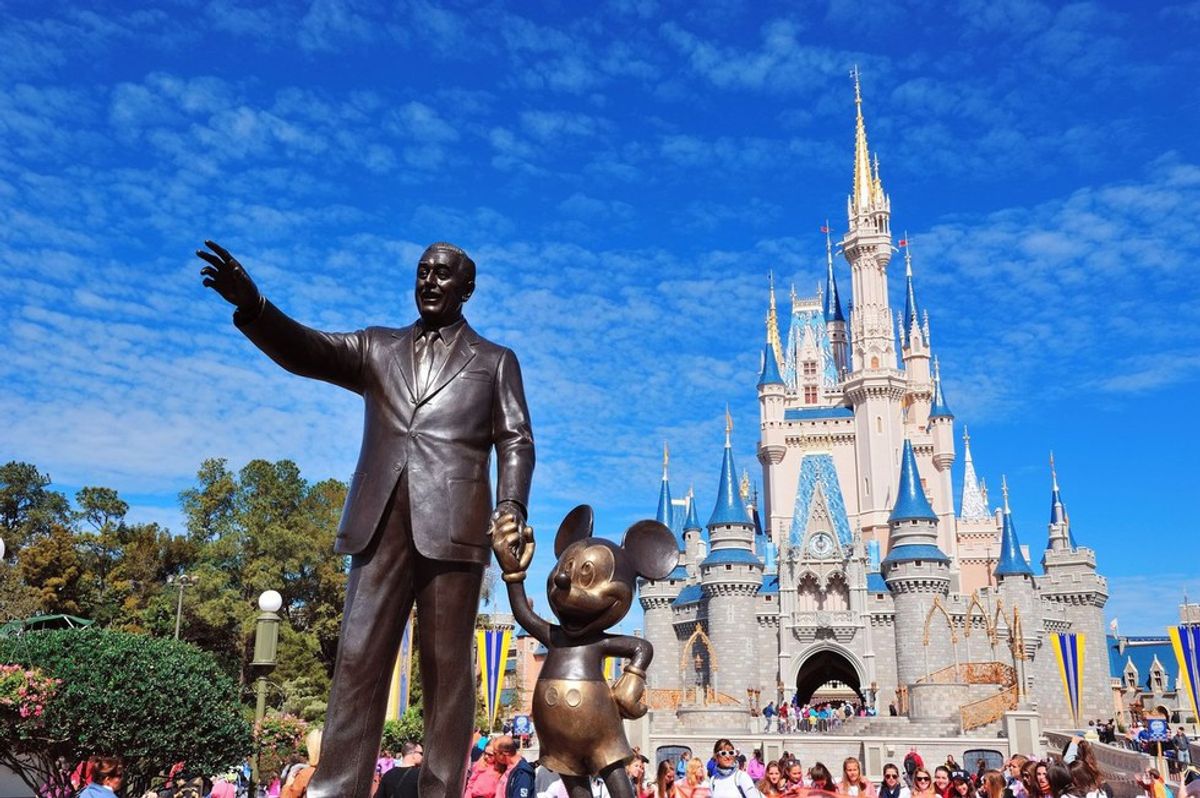 Disney has been my life ever since I was a kid. My parents filled my nursery with Disney stuffed animals and stocked the video shelves in the living room with Disney movies. I took my first trip to Disney World when I was two years old and went back when I was three. Big Thunder Mountain was my first roller coaster, and Ariel was the first character that I met. I had Disney everything while growing up.

When I was eight years old, my family and I went back. It was even better than I had remembered, and I was really sad to leave. I wanted to stay at Disney because I felt like I was in a place where I can run away from everything. (I was picked on in school a lot, so it felt amazing to take a break from the nonsense of elementary schoolers and be in a place where I felt loved). As I was walking out of the park, I told myself that one day, I would be back. Except it would not be a vacation. I would move to Florida and be able to go to Disney whenever I wanted.

When I was sixteen, I received my first job at Great Wolf Lodge. My supervisor told me how she used to work for Disney, and she told me all about the Disney College Program (DCP). I thought back to my eight-year-old self, and I decided that day that once I went to college, I would apply for the DCP, and my dreams would come true.

For the next four years, I pushed myself harder than ever so that way I can get accepted to Disney with a role that I wanted. I switched from entertainment to Guest Service Agent so I was able to gain as much experience in the hotel and hospitality field as possible. I also spent hours watching YouTube videos of people who applied for the DCP and took notes on their advice.

Due to convenience with my major and housing, I was not able to apply until my junior year. I spent my freshman and sophomore years taking hospitality classes as electives. One semester I took 18 credit hours (the highest amount that I am possibly allowed to take) so that I was able to squeeze in a hospitality class while being able to graduate on time. I worked harder than ever to get Dean's List each semester, and I continued to add extracurricular activities to make my resume stand out.

Finally, on August 18, 2016, I sent in my application. I received an e-mail back about 30 minutes later asking me to complete a web-based interview. After completing the web-interview, I was asked to set up a phone interview. My phone interview was on September 1. After my interview, I felt confident that I would get in, until all of my friends started to get accepted, and I continued to be in the "pending" process. I began to doubt myself, yet I continued working hard. Some days, I would ask myself, "why are you doing this to yourself?" I began to worry about where I would live the following semester since I only signed a short-term lease. Almost a month went by since my phone interview, and I still did not hear back.

The night of September 27, I had a nightmare that I got rejected from Disney completely. The entire day of the 28, I continued to refresh my phone in fear of the rejection e-mail. The night of the 28, I had another dream about Disney, but this time, I got accepted. When I woke up on the morning of the 29, I could not take it anymore. I was hoping that my dreams would be a sign that I would find out my answer soon because I was getting more and more anxious as the time went on. I checked my status, and I was still pending.

I decided to take my mind off things and work on a paper. I pulled up my e-mail to find a file that I had sent myself, and I had noticed something that I finally stopped expecting- a letter from Disney. I began to shake as I clicked on it, and the giant purple banner popped up that said, "Congratulations!"


I started screaming. My hands were shaking as I logged on to my account to see the job that I was offered. My roommate ran in and already knew that my screaming was because I was accepted. When I opened the letter, I was searching for my role while continuing to scream, and my roommate pointed at the word "attractions." My screaming immediately turned into crying (tears of joy, of course) because attractions were on the top of my list. I wanted to work attractions badly because nothing feels better than greeting guests and assisting them to go on a ride. I will be able to use my communication skills in a fun manner, and I will be able to change my personality based on the attraction that I am working.

I called my mom as soon as I found out that I would be working attractions, and she thought that I was in a car accident because of the way I was crying. (Needless to say, that is how much I was freaking out).

To some people, the DCP is not that big of a deal. To me, this means everything. Attractions may not be the same as working front desk in the Grand Floridian, but it is an upper-level entry position. (The majority of demands for the DCP are in lifeguarding, quick service food and beverage, custodial, and housekeeping, but everyone has to start somewhere!)

Starting in January, I will begin a semester-long internship doing a job that I know I will love. I will put so many smiles on families' faces. I cannot wait for this. Looking back on the eight-year-old girl who said she wanted to go to Disney every day, her dream finally came true. I had a dream, and I did not give up.

Walt, I promise, I am going to make you so proud.