The Guide to Your Next Netflix Relationship
Odyssey
CurrentlySwoonLifestyleHealth & WellnessStudent LifeContent InspirationEntertainmentPolitics and ActivismSportsAdulting
About usAdvertiseTermsPrivacyDMCAContact us
® 2023 ODYSSEY
Welcome back
Sign in to comment to your favorite stories, participate in your community and interact with your friends
or
LOG IN WITH FACEBOOK
No account? Create one
Start writing a post
Entertainment

The Guide to Your Next Netflix Relationship

Start off Fall with the binge-worthy show you've been looking for. 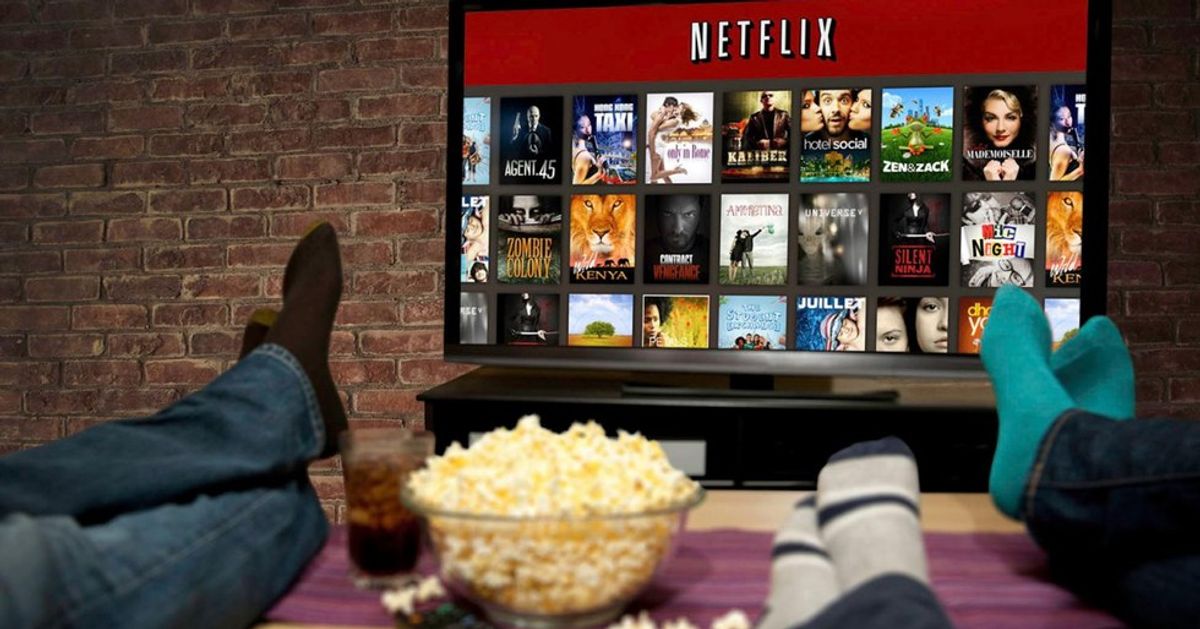 To those who know me best, or know me at all, I am somewhat of a television junkie. Fictional character I relate too the most: Mike TV from Charlie and The Chocolate Factory.

So as you can imagine, one of my favorite parts of college is the amount of quality Netflix time one can find during all seven days of the week when not in class.

A new school year is a perfect time for new beginnings, including starting a new show on Netflix. But if you're tired of watching re-runs of 'The Office' because you're too overwhelmed by all the options, or too scared of the commitment that comes from diving into a series from season 1, look no further. I've provided a well thought out menu, if you will, for your next binge watching.

1. If you're looking for something casual

How I Met Your Mother. This is the perfect no-strings-attached relationship you're looking for. You'll like the characters most of the time, and hate them sometimes too- but you'll always be satisfied with a good laugh. The episodes are very short, making them easy to power through. This show is great for college life because it requires minimal attention to detail. You can watch while you read chapters from a textbook. You'll also learn quickly that you've been missing out on some very popular jokes that everyone who has seen this show is in on. For example, "Haaave you met Ted?"

2. If you want to spice up your life

Skins. This show will give you the motivation to live it up during the prime years of your youth. This show is extremely fun to watch, but you'll also grow attached to the characters as they go through some real life issues. They tried to make a U.S. version of this show on MTV, but I'm not sure what happened to it after it was cancelled after season 1. You're better off sticking to the OG UK version.

3. Something that will keep you up at night

There's a few good ones for this. Top pics: Lost or Breaking Bad. Both of these shows are long term commitments. They will take you a very long time to finish, but they're both worth it. Breaking Bad is one of the GOATs. Lost is too, but many don't make it past the 6th season. My advice for Lost is to stick with it. You need answers. The feeling of finishing Lost was unlike any other TV experience I've ever had. Real tears people, real tears. It will also change the way you see strangers on public transportation.

It's okay to admit you love bad TV. I love all TV so I'll never judge your taste. Don't Trust the Bitch in Apartment 23. It'll satisfy all your needs.

5. If you're looking for the good and the bad times

Weeds and Shameless are two of my all time favorites. They're both about dysfunctional families and you'll fall in love with the characters from both shows. They have their depressing moments but they'll also make you laugh out loud. Shameless is still coming out with new seasons but Netflix has the first four covered. There's a UK and US version but I've been watching the US version. Weeds is similar to lost in the sense that you're going to have to tough out some of the slower middle seasons but it's worth getting to the end. You'll get hooked on both immediately.

6. If you're tired of being left out of the conversation

Orange is the New Black and Stranger Things are the 'it' shows on Netflix. OITNB pretty much stops television traffic every time they come out with a new season at the start of each summer, and Stranger Things just debuted their premier season on Netflix and it did pretty well. It's inspired by a bunch of different 80's movies and shows. Both are good, both will allow you to participate in conversation when people start rattling off with spoilers from these two shows.

Nicole Marie Nigro
Individual Creator
6001
c1.staticflickr.com
Where to start...... Let me start with the cliche that life throws us curveballs and what we do with it is what counts.