In Honor Of The Chicago Cubs 2016 Home Opener
Odyssey

In Honor Of The Chicago Cubs 2016 Home Opener 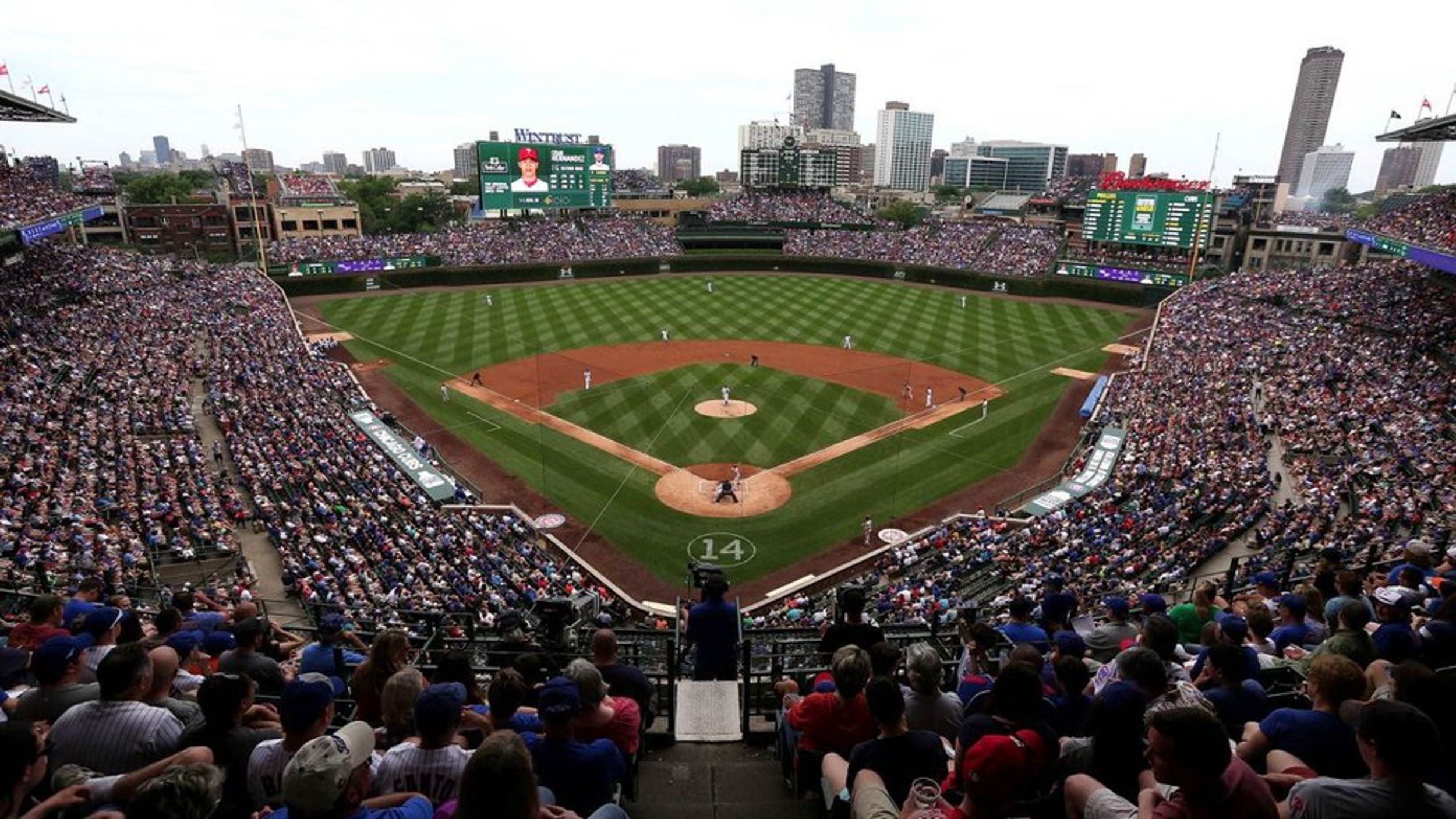 The city of Chicago has a storied and entangled relationship with professional sports. From prophetic-like pioneers to reigning dynasties to crosstown rivals to years of a TV blackout and everything in between, Chicago has seen it all. That being said, it's hard to stand out among a variety of sports, hometown heroes, and epic championships, but the Chicago Cubs seem to do so easily. Though south side White Sox fans may argue, the Cubs organization has been around longer. (Just sayin'.)


To understand the importance of the Cubs, and their home opener in relation to the city of Chicago, is to understand some of the Cubs' history. Here's a brief recap of what you may not know:

2. The Curse of the Billy Goat is a local tale that is nationally known. In 1945, owner of local pub Billy Goat Tavern, Billy Sianis, was kicked out of Wrigley Field in the middle of game four of the World Series against the Detroit Tigers. His odorous goat, Murphy, was bothering fans and legend has it, Sianas yelled, "Them Cubs, they ain't gonna win no more." This has since been interpreted as the Cubs never winning a World Series game at Wrigley Field, or otherwise, ever again.

3. The last time the Cubs appeared in the World Series was in 1945.

Let's bring those socks back, am I right?


4. The Cubbies got close a few times, reaching the post-season sparingly since 1945, most famously losing to the Florida Marlins in the 2003 NLCS after Steve Bartman, a Cubs fan, caught a foul ball in the eighth inning.

5. We have our own song, "Go Cubs Go," written by the late, great Steve Goodman.

Despite the rocky history of the Cubs, a turnaround was lingering. In 2009, Tom Ricketts purchased the Cubs, Wrigley Field, and part of Comcast SportsNet Chicago. In 2011, Ricketts signed Theo Epstein, former Boston Red Sox president, as Chicago club president. In 2014, the Cubs hired general manager Joe Maddon with a five-year contract.

In the seven years since the Ricketts family took reign of the Lovable Losers, the entire organization has been under construction. Players, coaching staff, fan involvement, Wrigley Field improvements. It's all changing and for the better. In the 2015 season, the Chicago Cubs finished in third place with record of 97-65. Chicago lost four straight in the NLCS to the New York Mets to end an electrifying season that resurrected the city with its passion for America's favorite game.

The 2015 Cubs celebrate their 6-4 win over the St. Louis Cardinals and clinch of the Division Series.

2016 brings with it a revitalization the city of Chicago has long been patiently awaiting. There's been an almost hushed (key word almost, Google the words "Cubs hype video" and you'll find differently) anticipation among fans that is ready to jolt to life this season. With the taste of a championship so close in the wake of last season, Chicago is ready to see their boys in blue win it all.

So Cubbies, in honor your home opener, here's to you. Here's to winning this season for the city. In the words of Joe Maddon, "Try not to suck." #LetsGo

Hey, Chicago, what do you say? The Cubs are gonna to win today!

Caitlyn Morral
St Bonaventure University
3072
Wordpress
Odyssey recognizes that mental well-being is a huge component of physical wellness. Our mission this month is to bring about awareness & normality to conversations around mental health from our community. Let's recognize the common symptoms and encourage the help needed without judgement or prejudice. Life's a tough journey, we are here for you and want to hear from you.