Why W.I.T.C.H. (The Women's International Terrorist Conspiracy From Hell) Needs To Make A Comeback
Odyssey

Why W.I.T.C.H. (The Women's International Terrorist Conspiracy From Hell) Needs To Make A Comeback 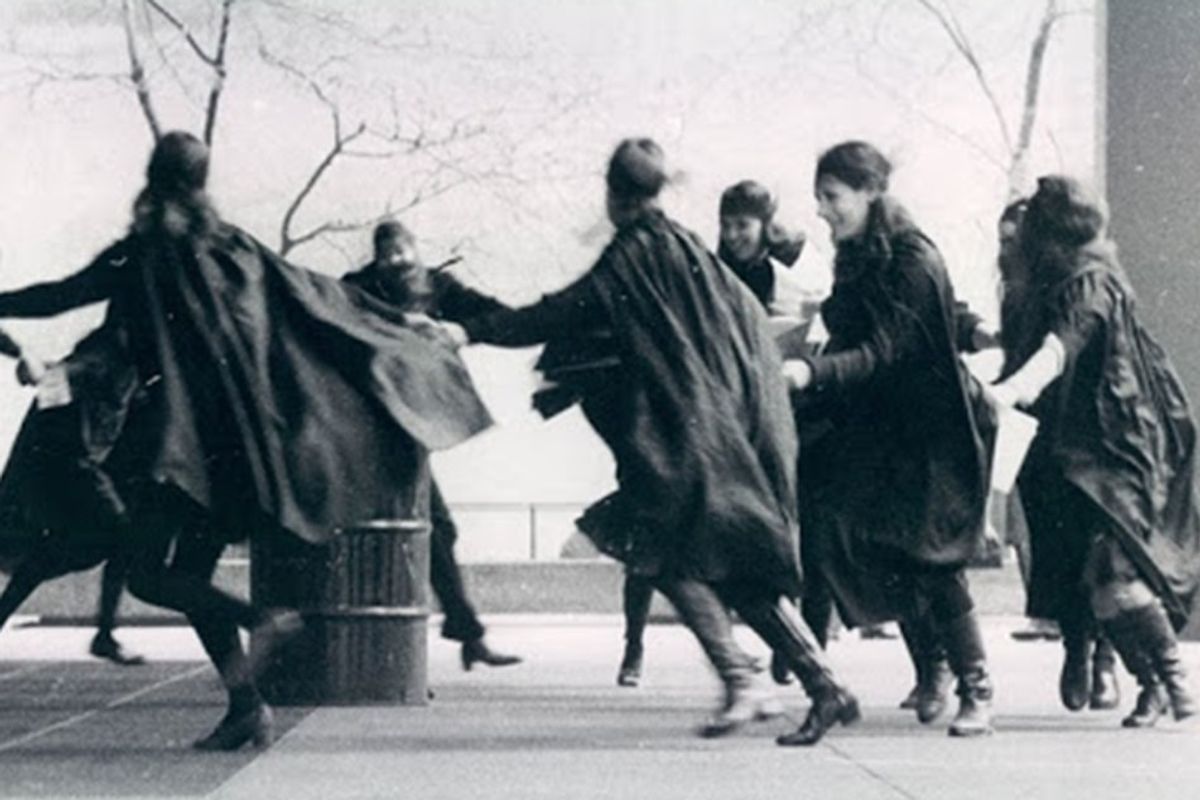 The Women's International Terrorist Conspiracy from Hell or W.I.T.C.H. was a short-lived feminist group active from 1968 to 1970 as part of the second-wave feminists groups who ruled over the 1960s and 70s. Formed from the ashes of the NYRW (New York Radical Women), W.I.T.C.H. was a wide group of "covens" openly dedicated to feminism and socialism.

It was allegedly created in New York City, when female supporters of men being investigated by the House of Un-American Activities Committee decided that a witch hunt should have real witches. They soon began dressing up for HUAC hearings accordingly. Besides that, witches have always been a sign of wild and unabashed feminine empowerment. While there is no proof the women actually had magical abilities, their entire persona fit the bill.

There was no centralized group, instead, these separate covens acted as satellite groups. These groups would protest in black clothing and witch costumes, chanting and shrieking hexes at their opponents.

Some common targets were feminism based, such as beauty pageants and bridal fairs. Others were more political, i.e. Chase Bank, politicians, Wall Street, and public transportation fare hikes, and they were somewhat effective in their hexes. Their first protest was on Halloween in 1968. They staged a public hex of Wall Street, and managed to cause a decline in the Dow Jones Industrial Average the next day.


In 1969, the day after Valentine's Day, W.I.T.C.H. hosted simultaneous protests at bridal fairs in New York City and San Francisco. Dressed as witches and black-veiled brides, they chanted "Confront the Whore-makers!," and sang, "Here come the slaves. Off to their graves." They carried signs saying "Here Comes the Bribe" and passed out leaflets that stated, "Marriage is a dehumanizing institution -- legal whoredom for women... A woman is taught from infancy that her only real goal in life is to fulfill the role of wife and mother of male heirs. She is allowed an identity only as an appendage to a man.... The wedding ceremony is the symbolic ritual of our legal transference from father's property to husband's property." At the New York show, they even released numerous white mice.

No problem was too small for W.I.T.C.H. Covens in Boston hexed bars while others in D.C. hexed the presidential inauguration. On January 1969, women at the University of Chicago hexed the chairman of the Sociology Department for firing a popular female professor at the college. A separate coven in Chicago later hexed the Chicago Transit Authority to protest a fare hike, chanting:

"Witches round the circle go to hex the causes of our woe. We the witches now conspire to burn CTA in freedoms' fire. Bankers gall, politicians guile, Daley's jowl, lackey's smile, trustee's toe, bondholder's liar, these we cast into our fire. Meetings held, messages sealed, when the fare hike is revealed, we, the people, are the prey of the demon, CTA...."

While a bit problematic (given its cliche, racist mysticism of gypsy people; and non-gender-inclusive speech) the W.I.T.C.H. manifesto is packed with a whole lot of empowerment and forward thinking (for the 1970s). It pulls no punches, pronouncing:

"WITCH is an all-women Everything. It's theater, revolution, magic, terror, joy, garlic flowers, spells. It's an awareness that witches and gypsies were the original guerrillas and resistance fighters against oppression -- particularly the oppression of women -- down through the ages. Witches have always been women who dared to be: groovy, courageous, aggressive, intelligent, nonconformist, explorative, curious, independent, sexually liberated, revolutionary. Witches were the first Friendly Heads and Dealers, the first birth control practitioners and abortionists, the first alchemists (turn dross into gold and you devalue the whole idea of money!). They bowed to no man, being the living remnants of the oldest culture of all -- one in which men and women were equal sharers in a truly cooperative society, before the death-dealing sexual, economic, and spiritual repression of the Imperialist Phallic Society took over and began to destroy nature and human society."

If any of this resonates with you, W.I.T.C.H. would welcome you. In the leaflets they circulated, it stated:

"If you are a woman and dare to look within yourself, you are a Witch. You make your own rules. You are free and beautiful. You can be invisible or evident in how you choose to make your witch-self known. You can form your own Coven of sister Witches (13 is a cozy number for a group) and do your own actions... You are a Witch by saying aloud, "I am a Witch" three times, and thinking about that. You are a Witch by being female, untamed, angry, joyous, and immortal."