If Your Friend Is Dating Someone You Have A Bad Feeling About, SAY SOMETHING!

If Your Friend Is Dating Someone You Have A Bad Feeling About, SAY SOMETHING!

Honesty can be difficult, but it's important to tell the truth before it's too late. 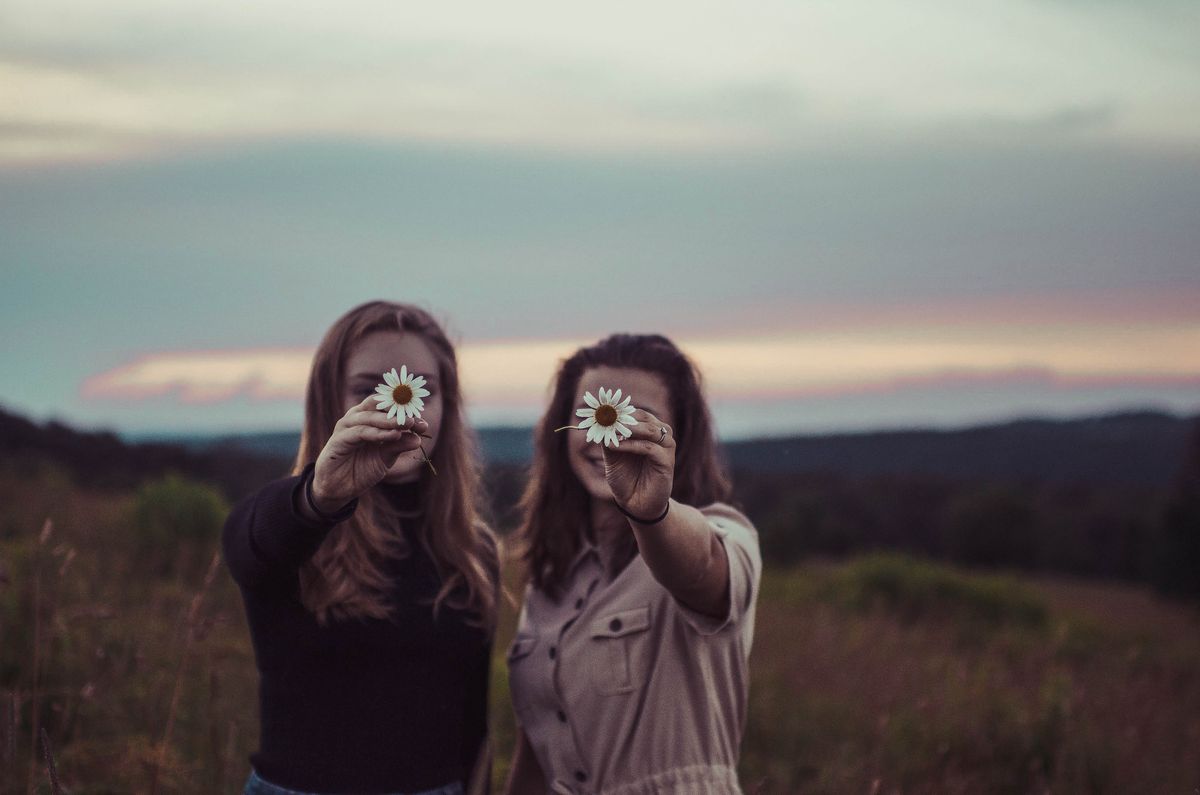 Photo by Sam Manns on Unsplash

We all have had a friend who has dated someone or been friends with someone who we do not necessarily like or have a bad feeling about.

It is so difficult to say something when you see that your friend is head over heels in love or seems to be having the time of their life, but trust me when I tell you that the feeling in your gut that you’ve been questioning is there for a reason and nine out of ten times, it’s there for a VERY good reason.

Let me expand a bit…

A few years ago, I was in a four and half year relationship. When it started, everything seemed so perfect and he seemed like a dream. I remember all of the typical comments you receive when you first start dating someone..

“Oh my gosh! You two look SO cute together!”

“I am so happy for you! He is a really great guy!”

I’m sure that my friends meant these comments in all sincerity, but honestly, they were not what they were truly feeling from the initial news of me and my now ex being together and I wish that they had been honest with me from the beginning, and this is why.

Although I may have been so extremely excited to be dating one of the coolest guys in school and have been so excited about being in this new relationship, I needed some people to remind me of some important red flags that I was simply too blind at the time to see.

I was in that relationship the entire time thinking that my friends fully supported me being with him. In times when we would fight or when something was done that was extremely questionable, I continued to fight for the relationship with full confidence thinking that I must be crazy to think that maybe we shouldn’t be together because all of my friends seem to be in full support of my relationship, so why shouldn’t I fight for it?

Honestly, some honesty and guidance from my friends would have been so helpful, especially since I value and cherish my friends and their opinions so deeply.

I think many people can agree with me when I say that there are many times when you are in a relationship and are beginning to feel some major doubts, and one of the first places one looks for confirmation and wisdom from is friends. It is SO important to be honest in these moments guys.

I know that being honest with friends is extremely difficult when they seem so happy and blind to what it is you may be feeling, but being a good friend doesn’t mean you’re never going to hurt their feelings for fear of ruining their present, it’s caring about them enough to help them build a better future. Hurt feelings and all.

In no way am I trying to condemn you if you have found yourself in a similar position of not being completely honest and seeing a friend hurt because I am sure we have all experienced this struggle in one way or another, but hear me when I say that your words are SO important and, for the sake of your friends, your honesty can go a very long way.

I remember when my four and half year relationship ended and hearing so many of my friends say things like,

“Yeah, I had a bad feeling about him from the very beginning but I was too scared to say something because you seemed so happy.”

GUYS. That hurt so much to hear. I felt like a silly girl who was chasing her emotions and neglecting logic and reason. This in NO way, shape, or form, made me feel good about my decision to end the relationship. It made me feel dumb for being in it for so long.

When you speak up about your feelings about someone in a relationship you question, expect there to be pushback. Expect them to be thrown off. Expect them to not understand. It’s okay that they may not at the moment, but I promise you that they will later.

How do you do this in a way that communicates love and care? Have some 1-1 time with them. Have a friend date and open the topic of conversation with something like

“Hey! So there is something I would really like to talk to you about. First off, I am SO happy that you have found someone who makes you happy as your happiness is extremely important to me, but I just want to be honest with you about some things as I think it’s important that you know…”

and continue the conversation from there.

That way your friends know you love and support them and that you’re not communicating with them to make them feel dumb or to make them feel like you’re only thinking about yourself. You’re doing it because you LOVE them and you care about their future.

Remember guys, sometimes doing the right thing is hard and being honest can be extremely difficult, but it is so important to be honest with your friends and to love and support them through that honesty.

Trust me, it means more than you think and, if they do not see it at the moment, you and your friend will benefit from it in the future.

To my first heartbreak