Freedom Of Speech Under Siege
Odyssey

Freedom Of Speech Under Siege 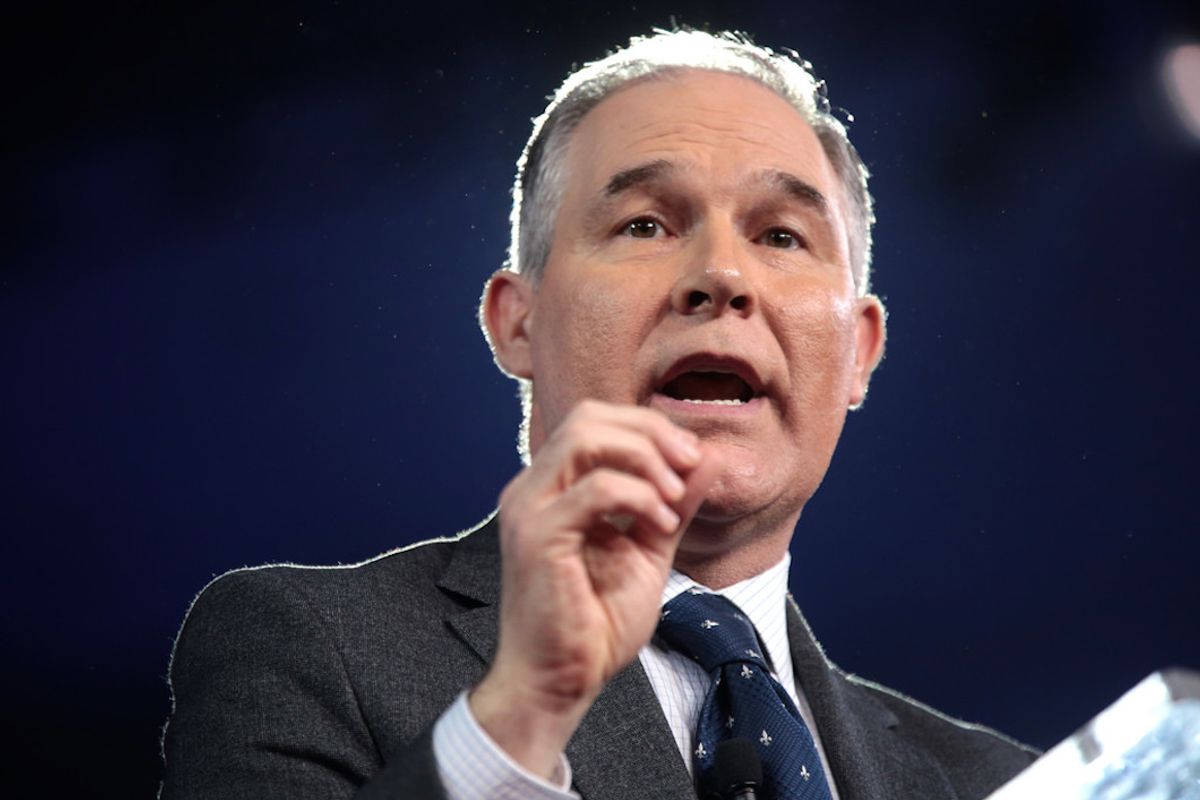 Oysters, rockfish, and sustainability. The Chesapeake Bay is one of the largest estuaries in the United States and is the third largest in the world. This important body of water is home to thousands of species, a plethora of different habitats for them to live in, and stretches from Maryland to Virginia.

It is one of few successful aquatic ecosystems in the US, and part of keeping it productive requires funding and awareness. The Chesapeake Bay Journal is a nonprofit and free paper that focuses on the activity in their beloved natural resource as well as providing volunteer work to keep as much waste out of the bay as possible.

Shortly after publishing an article containing concerns about the Trump administration and their beliefs on climate change, offshore drilling, fish conservation, and water regulation, Scott Pruitt (the head of the Environmental Protection Agency), allowed the grants for the Chesapeake Bay Journal to be pulled. The Bay Journal was expecting an installment of their grant amounting to $325,000, which was given primarily due to their programs that help clean up trash and debris from the bay area.

News of this funding cut was sent to the Journal in the form of a three-sentence email noting them that the EPA was no longer going to give them the $1.95 million grant because of a, “shift in priorities.” What’s more, the Journal had received satisfied reviews from the EPA, and in no way had they received any warning that this kind of measure would be taken. Upon receiving this news some of the reporters left the journal due to its precarious funding.

What was left of the journal set out to defend the organization, of which the Chesapeake Bay depends upon to help maintain and spread awareness of its current ecological status. They filed an appeal in November of 2017, attempting to reinstate their grant in full. They obtained as many documents as they could from the EPA using the freedom of information act.

The following civil action case between the Journal and the EPA had gone as one might of expected. The EPA has many more resources than the Journal and was able to refute all of their defenses in municipal court.

After the fact, Maryland Sen. Ben Cardin (D) began to pressure Scott Pruitt to undo the termination of the Journal’s funding. Along with Cardin, Maryland Sen. Chris Van Hollen (D) called out Pruitt and asked the EPA’s reasoning behind the funding cut, and if it was specifically for political reasoning. Pruitt did not respond. A few months after a hearing was held, and the matter was put under litigation. In which, evidence was brought out that John Konkus, The Deputy Associate Administrator of Public Affairs, said over the phone to the Journal, “Well, everybody knows the american public doesn't trust the press, and he saw no reason for us to fund The Bay Journal.”

This statement Konkus made sounded like a political action rather than an unbiased contract action based on fiscal and community popularity ratings. Pruitt did not denounce the statement made by Konkus on behalf of the EPA. Unfortunately for Pruitt, the EPA is intended to act as an independent government entity and doing what needs to be done to positively affect the environment, rather than be influenced by political beliefs and polarizing funding to an organization (or no organization) supported by the administration present at that time.

After having read this quote in the hearing and being asked if this was the EPA’s official reasoning behind pulling the funding, Pruitt would not say any straightforward facts or definitive explanations as to why the funding was cut at all. Feeling the pressure of the communities surrounding the Chesapeake Bay as well as political pressure, Pruitt did restore funding the Chesapeake Bay Journal due to their being no real reason to cut their funding in the first place.

I am no fan of the unconventional history Pruitt has with the EPA, and much of his career before being appointed as the head of the EPA by the Trump administration consisted of lawsuits that were in favor of deregulating environmental impact policy and restrictions of various industries. One could almost say that he was against any environmental policy that actually protects the environment.

Pruitt was already under investigation allowing a clipping service called Definers Public Affairs, to search through EPA staffer’s and contract workers backgrounds to find out what people were supportive of the Trump administration within the EPA and organizations with relations to it. Pruitt denies all of this.

One of the organizations that was vocal about environmental issues the current administration has not acknowledged, was the Chesapeake Bay Journal. Specifically with the subjects of climate change as well as pointing out flaws in big industries like the offshore drilling activity and water quality regulations.

The Trump administration has proven once again to have a big business first and politics second mindset, creating a fairly good understanding of why the Journal’s funding was cut. They opposed the views of Trump and his appointees, and as a result, they were subject to repercussions of the power that Trump and Pruitt hold.

Allowing this kind of blatant absolute power mindset to influence what news, programs and lawful activism is allowed proves yet again that the Trump administration does not believe freedom of speech applies to scrutiny against them or their policies.

As American citizens, we cannot allow this kind of aggression to go unnoticed; because, it directly affects our rights to exercise the First Amendment, expressing our concerns about what we wish, even when it is against our leaders. Pruitt was attempting to silence his opposition by pulling their funding and limiting the amount of information that opposed his agenda for the EPA.

While unsuccessful, he still had made an attempt at eliminating a potential source that does not fit his vision for what information should be circulating with his own, currently under the protection of the EPA. Support for these small organizations that are dedicated to helping the environment are essential, because they will be under a good deal of scrutiny by the EPA and the Trump administration due to their opposition of them on an environmentalist level. If we are not vigilant, then the administration could do again what they attempted with the Chesapeake Bay Journal.