Vince Vaughn and Kathryn Newton give their hot takes on genre, gender, and generational identity among teenagers while interviewing for their new movie, "Freaky." 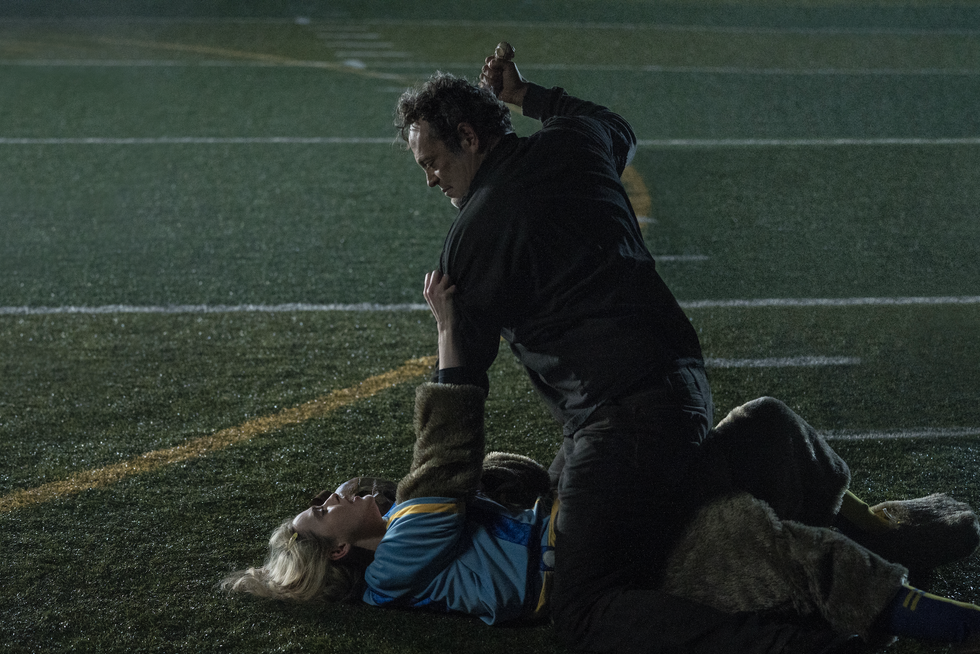 This Freaky Friday body swap movie formula receives a gore-filled spin. Kathryn Newton and Vince Vaughn's upcoming film "Freaky" allowed the actress and actor to show range in acting chops and in genre-spanning skills, the duo explained during an interview with the Odyssey, among other publications.

The comedy-slasher, directed by Christopher Landon, chronicles Millie (Newton), who is a high school student and The Blissfield Butcher's (Vaughn's) latest victim. However, when The Butcher attempts to impale Millie with an ancient dagger, the cursed weapon causes the two to interchange bodies. This hex allows The Butcher agency to kill as a teenage girl, all while Millie must find a way to get her body back before the swap becomes permanent.

Coming on the heels of the "Happy Death Day" franchise that pulled a "Groundhog's Day," this R-rated film is 103 minutes of Landon continuing his streak of marrying troupes and terror. The gimmick plays out while the movie pays homage to the progress society has made since those troupes were first introduced - like in its representation and self-aware metafiction, said Newton.

Landon says he was inspired by cult classic "Jennifer's Body" to straddle the line between horror and comedy, according to an interview with Film Review Online.

"I think having Chris Landon as a director and Blumhouse as the production company was key to that balance," Vaughn said.

Newton said she avoided cheesiness while walking the separation between laughter and screaming through trust in the director's vision.

"I had no idea how to play a serial killer, but Chris Landon said that he saw the killer in me," Newton said. "I kept my character grounded because this movie is the truth of who we are right now on the screen."

In the comical commotion of switching bodies, the main character Millie says she felt empowered by inhabiting an older, more physically domineering male body. Meanwhile, The Butcher uses the social expectations of teenage girlhood as a sneaky strength to accomplish his agenda. In this way, "Freaky" takes on the challenge of exploring the intersection of genre, gender, and generation, said the "Big Little Lies" actress.

"When Millie sees herself from another perspective, it's the first time she's seeing herself and the power that she can have," Newton said. "And, for The Butcher, he learned how powerful a teenage girl is."

The actors said that another motif in "Freaky" is the insecurity innate in most high school experiences acting as a breeding ground for horror. The halls of this hometown school are literally and figuratively bloodthirsty, forcing the characters to develop confidence. Newton said she sees herself in the resolute journey of her character.

"In high school, I wanted everyone to like me, but then I never got to do what I wanted," Newton said. "But I'm thankful for not fitting in because I still don't, and I don't think I ever will."

Vaughn echoed his younger co-star's wisdom, as a lesson he gleaned from working on "Freaky" is the uselessness of self-doubt. The "Swingers" actor recalls a scene in which his predatory character tries to instill defeat in the protagonist, but his attempt does not tear down the walls of maturation that Millie spent the plot building.

"When people are saying things to you that feel very personal, they're sometimes just looking for buttons to push to see if they can get you to doubt yourself - it's not that they're right," Vaughn said about his villainous character. "Are you listening to your own voice or are you giving that power to someone else?"