I Found My Inner Strength Working As A Stagehand

I Found My Inner Strength Working As A Stagehand

The kind that allowed me to make my voice heard. 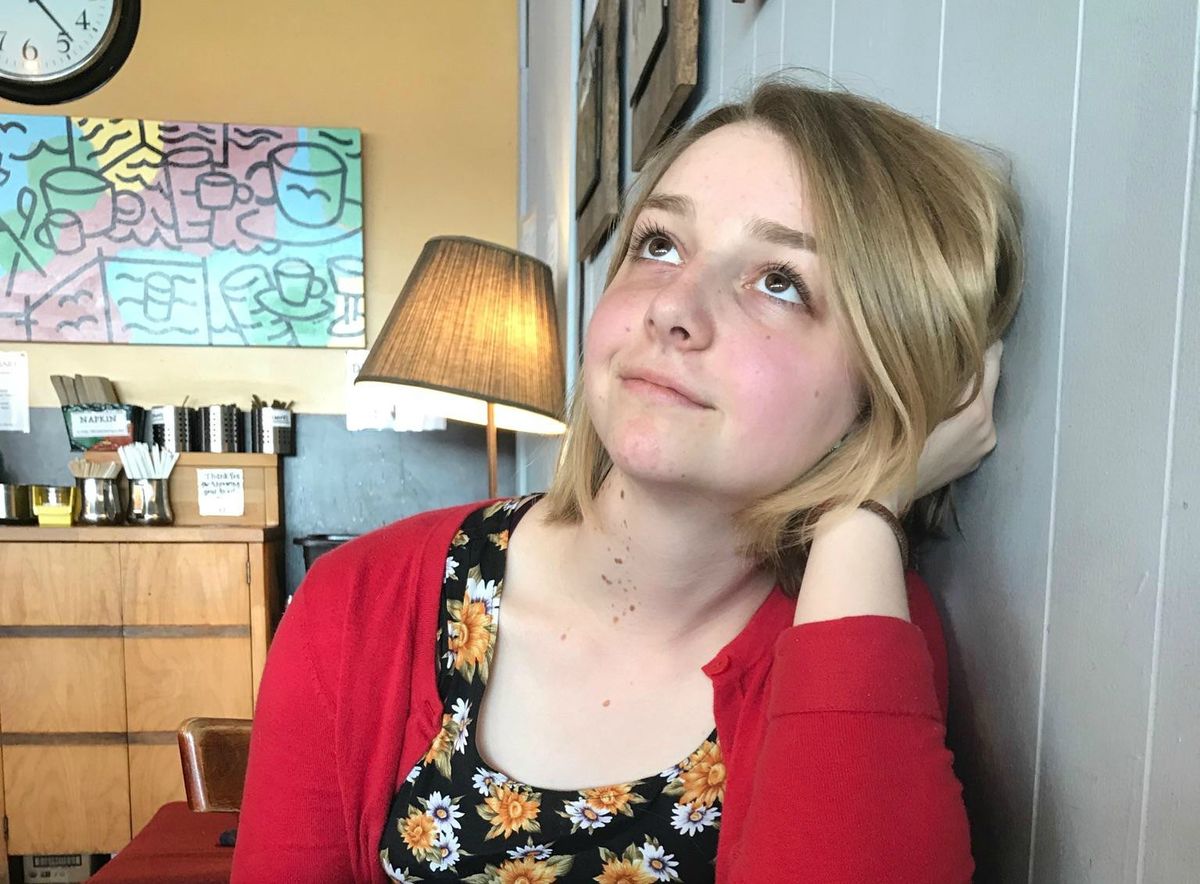 Early in 2017, I was in the middle of my senior year. And I had no idea what my plans were for after graduation. My top choice college had waitlisted me, and I wasn’t even sure if I wanted to go to college anymore. Could I really handle all that responsibility? At crucial moments like this in my life, I have always turned to theatre, which I like to call my “first love.” I’ve been an actor since I was five, or perhaps even earlier, dressing up as Dorothy from the “Wizard of Oz” every day of my preschool years. I made tough choices and went through journeys as the characters I portrayed, but now it was time to make a real decision for a very nonfictional character-me.

Around this time, my then theatre teacher in high school let me know of a job opportunity working as part of the technical crew for a performing arts venue. The best part was, my teacher would lead this crew, and the ones who had already signed on were some of my closest friends. It was only a job for the summer, not a long-term plan, but I decided to take it.

Now, there were a few thoughts that ran through my head when I committed to this job. The first being I had very little experience doing technical work, and any I did have had been in my school’s tiny black box theatre for class projects. Nothing like my classmates who were the tech crew for our productions. I always acted. I feared I would have no idea what I was doing.

It also meant I had to move away. The job was in a city almost two hours away from my home, where I had spent all 18 years of my life thus far. I would be doing a new job in a new place. And the third thing…

I feared my strength. I may have touted my perseverance, which is not false advertising — I am fiercely determined, I am strong — but physically, I lack the ability to lift substantial weight. And even scarier, to hold my own amongst the crew. I wasn’t so sure.

Maybe it's because I spent a fair amount of my younger years getting called out for being “too loud,” “too bossy,” and “too tall.” All criticisms that shrunk young me’s sense of magnitude in this world.

Anyways, flashing back to 2017 me, the one that was about to embark on a great journey. I had fears, but I needed something new. I had just graduated high school, and if that wasn’t a change, well, then this sure as heck would be!

The first week was trying; I was right about having no idea what I was doing. I swallowed my pride and asked for help when I needed it, and I also relied on my perseverance to figure things out on my own. And to live on my own. Being away from home is scary! But now I knew that for sure, I was experiencing it. And I was experiencing the excitement of it. Cooking, cleaning, grocery shopping (a lot of chores make up being on your own). But the third thing…

I found my place at work. I was obviously the least experienced, and the youngest. I had a lot to learn, and great coworkers to learn from. But I was young (I still am), and healthy (I try to be), so getting my body to lift 50 pounds over my head wasn’t too bad (OK, it was hard, but I am always impressed by the human ability to adapt). I became accustomed to the physical strength asked of a stagehand. And regarding having that strong presence... Well, I followed my coworkers’ lead. But somewhere inside me was burning the fire to do more than just follow, to take charge, to offer my experiences to this crew and this venue. That fire others had tried to stifle years ago, and I didn’t even know the work I was doing was kindling it.

Perhaps my boss did. One week she told me I would be leading the crew on the upcoming Sunday, in one of our biggest tasks, strike. I was apprehensive, doubting my skills, my strength. But determined, I made a plan of action. I decided I would take this opportunity to lead, and if it failed, no harm, no foul, right? I could blame it on my inexperience or my youth.

Sunday came, and I laid out my plan for the workday. The teams I had organized, our priorities. The crew listened, they took my leadership, they raised me up and gave me the support I needed. I grew more confident as the day went on, and when my boss asked me to always lead strike days, I gladly took on the challenge. I was happy to help and offer my experience to the crew.

But it wasn’t until we were having a crew dinner after a hard strike day that I realized what I had accomplished. My boss told me something one of my coworkers had said about me: “Lauren is a great leader.” I was surprised. A leader? But even more, when my boss told me she saw those leadership skills in me months before, when she had first asked me to take the job.

And that’s when I found my strength. Not brute force, or determination, but the kind that allowed me to take charge and make my voice heard. The kind that gives me the confidence to release my writing here, to take a new job on campus with the belief I would be good at it, to be proud of my accomplishments. The fire was never smoldered, but slowly glowing embers inside me. Now it burns, fed by a community that believed I had it in me, and by myself. I believe in my strength. I’ll never think to blame youth or inexperience again. I’m better than that. I have a voice to share.

We all have voices to share and we ought not stifle them. We lose so many great minds by minimizing them.