Because a woman doesn't need to be "likable" to be qualified 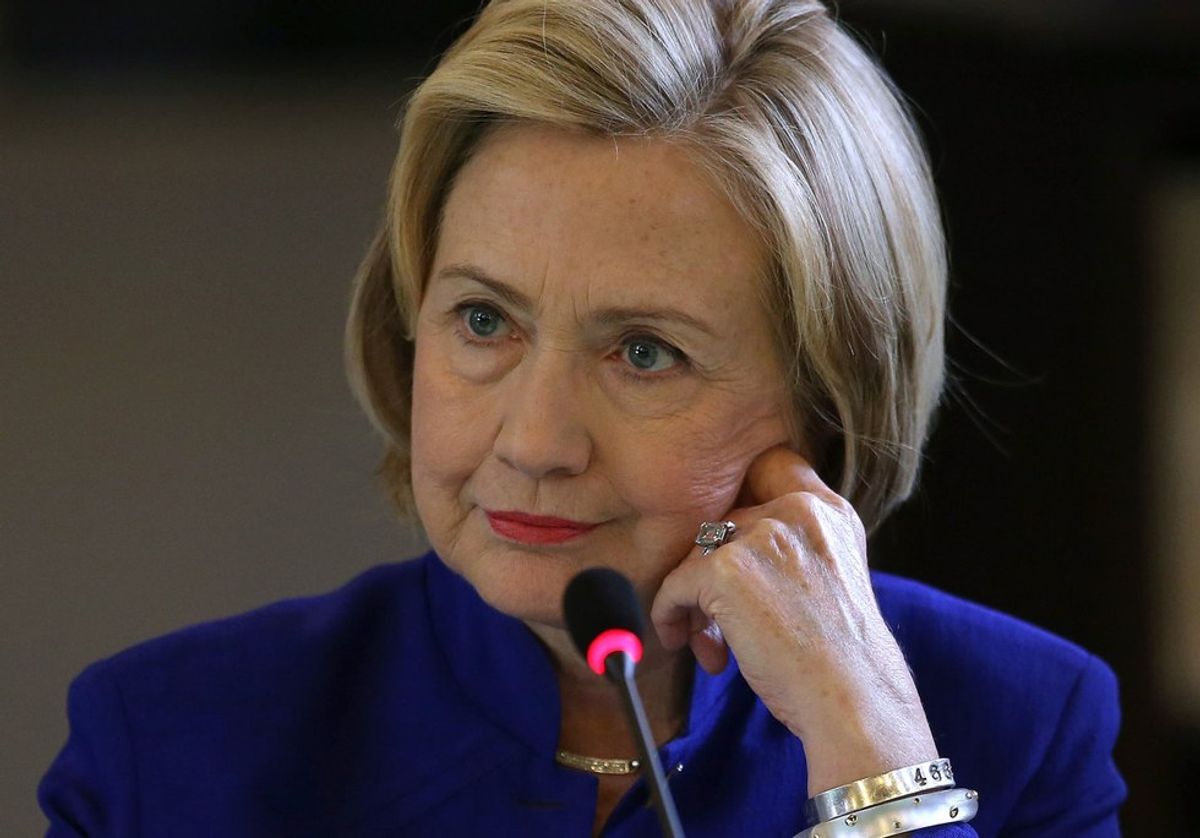 I've noticed a trend lately in this election that I can't help but find bothersome. It goes something like this:

"Both candidates are ridiculous..."

"We're screwed with either of these candidates..."

Two things that bother me about this: one, why do Hillary supporters basically feel the need to apologize for supporting her? And two, are people actually implying that Hillary and Trump are the same?

Look, I get it. Hillary isn't everyone's number one choice. Heck, I even wrote a whole article about how, despite voting for Hillary, I still disliked her. Because God forbid anyone actually say they like Hillary. If you're going to support her, you'd better do it quietly, unenthusiastically, and make it clear that you're only "settling" for her.

Of course, that's a load of crap and we all know it. Now, I'm not saying that you can't dislike Hillary or have issues with her policies. That's perfectly valid, and everyone is entitled to their opinion. I always knew I would vote for whoever the Democratic nominee was, but I only just recently started actually liking Hillary. Sure, I still have issues with some of her policy choices and past mistakes. Yet, I can't help but find it unsettling that it's far more socially acceptable to use the term "Killary" than to publicly announce that you like Hillary.

Why are we so focused on portraying Hillary as unlikable? More importantly, why do we care more about her "likability" than her ability to govern as president? Psychology Today writes, "Polls show that few doubt her competence, but “likability” is a problem. Google offers page after page of media stories about whether she is “likable enough”... women, much more so than men, must be seen favorably to garner votes."

Hillary has been hated long before the days of email scandals and presidential polls. Even in the 1990s, an article in The New Yorker said, "There's just something about her that pisses people off." It seems that no matter what Hillary does, people hate her. They hate her because she's too preachy. Then they hate her because she's too corrupt. If she's nice, she's "fake." If she's assertive, she's "bitchy." No matter the reason, the world just can't seem to handle ambitious women in politics. I mean, when was the last time a male politician was questioned about his "likability?"

Hillary has been through hell and back throughout her career, and quite frankly, a lot of it can be chalked up to misogyny. Her husband is brought up repeatedly during debates as if he's the one running, her opponent hovers over her as a form of physical intimidation, she's constantly interrupted, and she's even been threatened on live television with being thrown in jail by her opponent. Not to mention, "lock her up" was an actual chant at the GOP rally, with people literally suggesting she be hung for her email scandal. Y'know, despite her countless apologies and the federal investigations that found no wrongdoing (or the fact that she's not the first government official to use a private server or even the first to delete a huge mass of emails.)

Anyway. The point is, it really shouldn't matter if Hillary is "likable" or not. It doesn't matter, because she's qualified as hell. When Trump threw out insults, she remained composed. When he offered the vague rhetoric of "make America great again," she dished out concrete policy plans. Where she has thirty years of political experience, he has none.

Make no mistake: if Hillary was a man, there would be no question about who the "sane" candidate is. Don't believe me? Look at Mike Pence. His political positions are possibly the most extreme anti-gay and anti-woman of the decade. But because he doesn't have Trump's "clownish" demeanor and appears more composed, people are more inclined to view him as "reasonable" or "moderate." And can you imagine if Hillary had been the one who had leaked tapes advocating sexual assault? Somehow, I doubt people would shrug it off as "just words."

When I think of the way Hillary has been treated throughout her career, I'm reminded of a quote from Gillian Flynn's Gone Girl: "Men always say that as the defining compliment, don’t they? She’s a cool girl. Being the Cool Girl means I am a hot, brilliant, funny woman who adores football, poker, dirty jokes.... [who] jams hot dogs and hamburgers into her mouth like she’s hosting the world’s biggest culinary gang bang while somehow maintaining a size 2, because Cool Girls are above all hot. Hot and understanding. Cool Girls never get angry; they only smile in a chagrined, loving manner and let their men do whatever they want. Go ahead, shit on me, I don’t mind, I’m the Cool Girl."

In short, Hillary will never live up to the public's expectations. She will never be "likable." Because if this election has shown us anything, it's that there's nothing the public is more hostile to than a qualified, ambitious woman in politics.