Five Ways To Avoid Being 'That' Soccer Mom

Five Ways To Avoid Being 'That' Soccer Mom 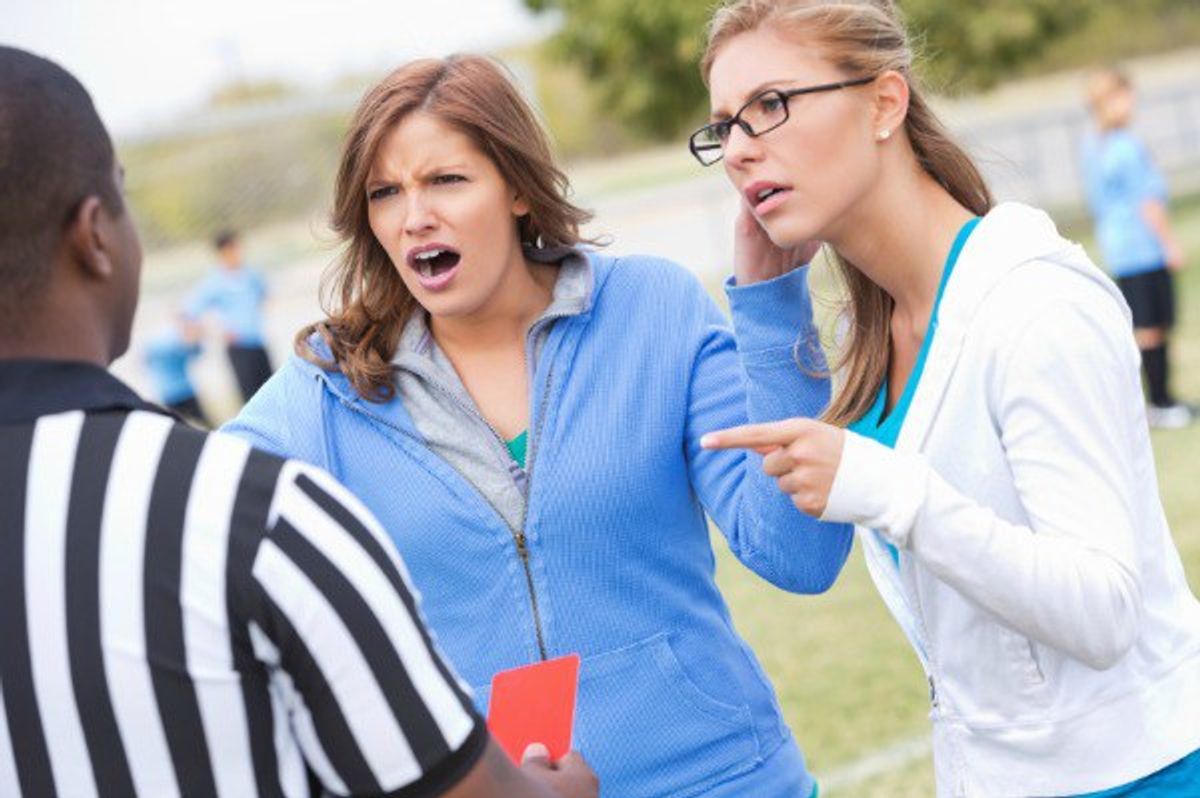 Growing up, we all had that one awesome mom that was given the title “Team Mom.” I always loved when my own parent participated in the festivities of my sport at the given time. However, as I got older and as other children get older, I noticed that becoming the “soccer mom” had changed, especially in high school sports, and I am pretty sure we all can picture the one parent in the stands from your volleyball game three years ago screaming at the referee.

Whether you're a mom now, or hope to be in the future, here are some tips and tricks to avoid the status of becoming “that” mom.

1. Understand your child isn’t the best at everything.

They say, “You are the apple of my eye” for a reason. It’s your apple and your eye, nobody else’s. As a gymnastics coach, I can recall conversations with at least a handful of parents who will try to win their child’s way up in the sport by bribing me or reprimanding me. Sorry mom, there is a thing called protocol and it doesn’t work the way you think it does or should.

2. Don’t brag about your child in front of other parents.

Not every athlete is born with the same talents or skills. Some have to work harder than others, and that is okay. We don’t need to hear how your kid has all of these skills and talents. It’s actually quite rude and disrespectful to brag to a certain extent when you knowingly do it in front of other parents who may have a child who has to prove themselves within their sport.

3. It doesn’t matter what duties you take on as the team parent, your child still won’t be team captain.

It is a parent's dream to have the official bragging right of their kid becoming the “Team Captain.” I can’t tell you how many times I have seen this throughout my years of participating in sports, and it is actually quite a good laugh to see what extent the parent is willing to go to.

4. Do not become best friends with the coach.

Not only does this make you look desperate, but you start to act fake in front of the team and other peers. Children are quite intelligent. They know when mom and dad are faking a smile and don’t like a person, but still befriend them to gain extra “brownie points”... whatever those brownie points will get you. *laughing/crying emoji*

5. Avoid yelling at the referee, athlete, or judges from the sidelines.

There are coaches for a reason and referees set in place for making calls. It is frustrating as a coach to watch a parent from the sideline give the opposite directions that is first given to their child by a coach or official. This WILL create animosity. In addition to that, you have a confused athlete that doesn’t understand what the skill set even is, which means you will now be going over the task for another half hour.