5 Movies That Prove Shakespeare Is Timeless

To watch or not to watch these movies. 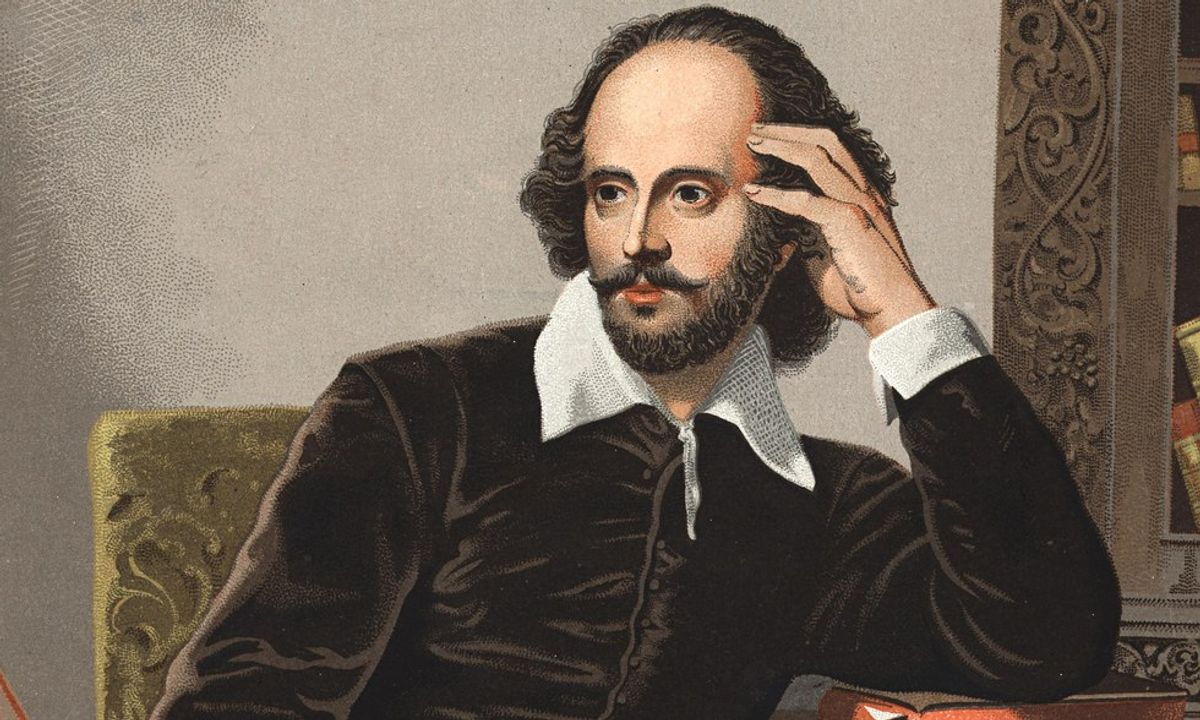 It has been argued that Shakespeare is outdated and that his works should be kept where it belongs, in the past. The language is too old, there is no racial diversity, and students would rather read anything else but a play by him. While the language is old, and the different time period was not known for its level of tolerance and respect for various ethnicities and races, to want to eradicate "Hamlet" because "it's too hard to understand" or "too boring" makes no sense. I could write a whole essay defending William; however, I will just explain how his works are truly timeless. It can be difficult to navigate the original plays, but luckily for us filmmakers have been working on making Shakespeare accessible for decades. It can definitely be challenging when a play of his is assigned in your class, but the following movies can definitely help you understand certain plays' plots better. You may come to find that Shakespeare isn't so boring after all.

A true classic adaptation of "Romeo and Juliet," watch as the two New York gangs, the Jets and the Sharks, fight for supremacy as Tony and Maria fight to defend their forbidden love. Shakespeare gets some criticism when it comes to racial representation, and this movie, while not perfect, gives the original play some diversity.

Probably one of the best 90s movies ever, "10 Things I Hate About You" is a modern take on "The Taming of the Shrew." Watch as Kat Stratford (Julia Stiles) takes on the patriarchy while trying to resist the advances of a young Heath Ledger. There are so many laugh-out loud scenes and the characters are truly endearing. Other than Ledger and baby-faced Joseph Gordon-Levitt, Mr. Stratford takes on a whole new level of the over-protective, no boys are good enough for my little princesses,father. Overall, I want you to want to watch this movie (Laugh for my sake, please).

Oh, old Amanda Bynes, how I miss you. Bynes plays spunky soccer player Viola who doesn't let the man get her down when her high school decides to cut the girls' soccer program. In order to get the playing time she deserves, Viola takes her brother's place on his team at his school while he goes off to London to try and catch a big break with his band. Viola gets help from a friend as she does herself up to look like Sebastian and seems to trick everyone at his school, including his/her roommate, Duke (Channing Tatum). Of course, predictably, Viola finds it's hard to keep up the charade when she starts to develop feelings for Duke. It's Amanda Bynes in her prime so just grab a bowl of popcorn and enjoy this modern take on "Twelfth Night."

I'm just in love this movie (I'm trying). I find it to be incredibly beautiful, in plot and in acting. Young Joseph Fiennes, also known as Lord Voldemort's (Ralph Fiennes') brother, plays The Bard himself as he struggles to come up with the plot for "Romeo and Juliet." Shakespeare's work is so beloved by, Viola de Lesseps (Gwyneth Paltrow), a wealthy woman who is engaged to another man (Colin Firth), that she decides to disguise herself as a man and audition for his plays. This movie is a just a melting pot of allusions to Shakespeare's works. There's of course "Romeo and Juliet," but also a little "Twelfth Night," a little "Hamlet" and even lines from some sonnets, among references to the historical time period.

They say you're never too old for a Disney movie, and I say you can never go wrong with a movie that is based off of a Shakespeare play. Children are not going to understand that "The Lion King" is a lion-fied version of "Hamlet," but if you want to go back and see all the references you missed while you were in diapers, now is as good of a time as any. P.S., Simba is Hamlet.