Me, My Fish And My Life

Me, My Fish And My Life

This is a transition from one person who doesn't like animals to one that has written an article about her fish. 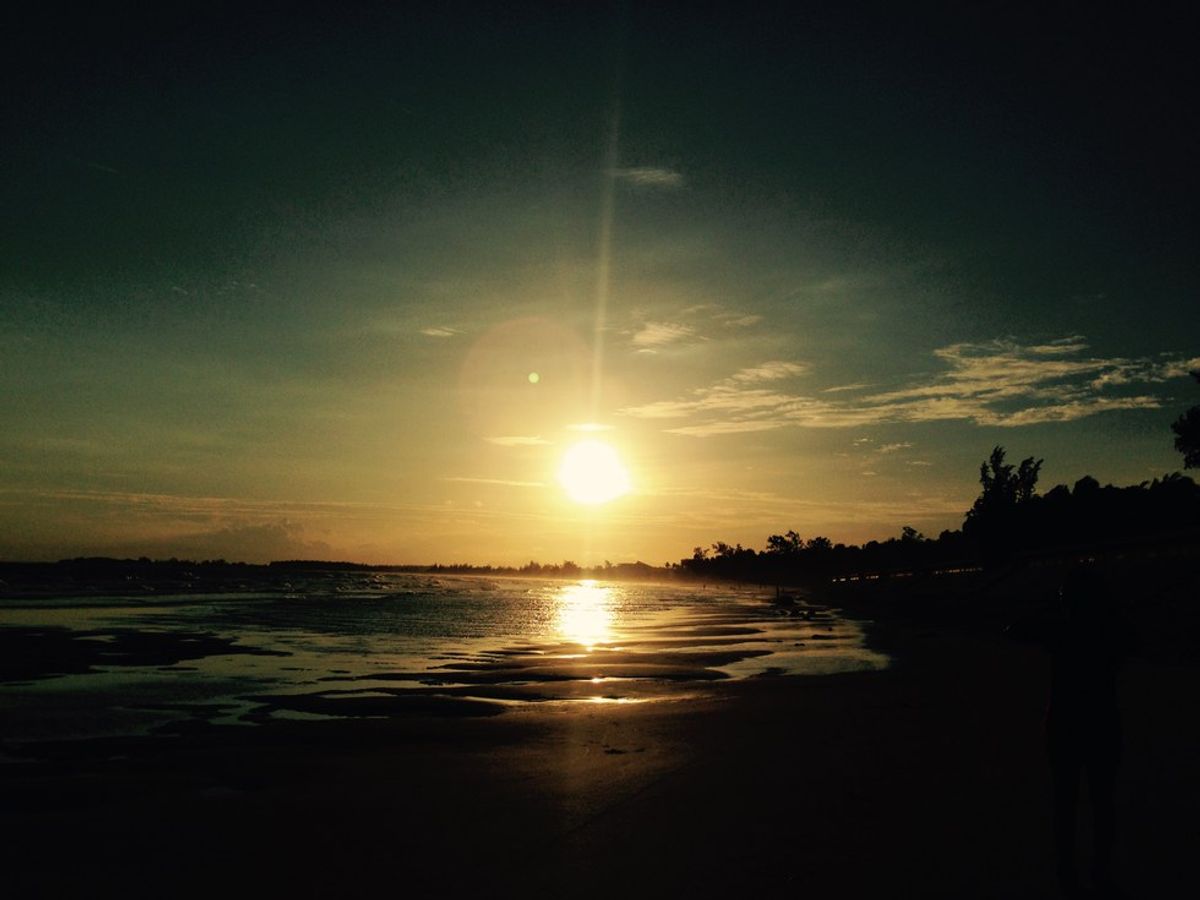 That day would have been an awesome Saturday when I went out to the AppleJack Festival in Nebraska City with my friends, had Boba not died.

For the sake of clarification, Boba was a fish adopted by my roommate. It wasn’t any human. Probably some would now think that the death of a fish shouldn’t be a big deal. If it’s you, then please put away your judgment for a moment and hear my story. I’m not trying to make a big deal out of this, but I want to say that I’m learning huge lessons from the smallest incidents of my life.

Earlier, my roommate had wanted to get a fish and fortunately on Friday, Creighton did provide a “fish-away” event. At first, I didn’t agree with her because I thought the fish tank would take up space and our room wasn’t a big one. But it turned out to be quite small and I thought having a pet wouldn’t be that bad (I have never had one before), so we came up with the name Boba even before the fish came. I’d gotten so excited! I thought of the future days when we’d feed Boba together, wouldn’t it feel like a little family? I imagined Boba to be like Nemo, happy and always swimming around, but again, the reality came against me. Boba looked so lifeless. He didn’t swim, he didn’t move, he didn’t do anything.

My roommate was so disappointed; she even put the mirror close to the tank to see if Boba would be tricked by his reflection but still, he didn’t show any movement. Then at the moment hopelessness virtually took over, we discovered that Boba liked music. We set the speaker right next to him, and he looked like he was dancing to the melodies. And I had never been happier in my life. It felt like we’d successfully brought about smiles to a person that had been depressed. Seeing our nonstop effort pay off, especially in cheering one up, was terrific. It didn’t matter if the subject was a fish. Anyone who has had a pet can understand. When you adopt an animal, it becomes your friend.

The next morning, I and some friends, including my roommate, went to AppleJack Festival to have fun because our parents couldn’t come over to visit us. It was fun until we got back and discovered that Boba was gone. Literally gone, meaning nowhere to be found. Later, I found a stiffly dry body of fish in a loophole between the AC and the wall.

There was no need to describe how terrified we were because it was ineffable.

I had seen dead fish before, especially when I traveled to coasts and saw how the fish dishes were made, and I felt nothing. It was an unlucky fish caught from the ocean, and there were plenty of fish. But in this case, everything was different. Boba was my pet. I only had one Boba and we had tried so hard to interact with each other successfully. Wasn’t it painful to see a once-living, adorable animal dried to death by sunlight?

Boba was my first pet and that was how he died, only because I didn’t know how to take care of him. I should have looked up to find out that he was a jumper; I should have kept the lid on the whole time, only leaving holes for oxygen; and I shouldn’t have the water level so close to the jar mouth. And now came the time of counterfactuals, the state in which most people encounter when something unpleasant happen to them. I managed to shun it, because I didn’t want to catch myself thinking of things that would happen by no chance. I would rather focus on celebrating a funeral for Boba. I keep my mind on the present and the future, not the past. More importantly, I recognized how ignorant and oblivious I had been of the world of nature and animals around me. I wouldn’t deny one of the reasons that made me so sad was because Boba was my pet. But what about other lives that weren’t related to me? What about the death of Boba taken to a bigger scale, the death of thousands of people every year because of catastrophes, accidents, murder, disease, famine and more? Would I be the same uncaring, selfish self as I had been before?

I know that I should never be, and I’m working on it right now. I will spend less time shopping, partying, eating junk food while watching movies. It’s not that these are bad, but just that they weren’t helping anyone. What’s the point of living when you can’t make any difference in others’ lives? I want to be remember as somebody who helps, not someone who is cool.

That is me, how about you?