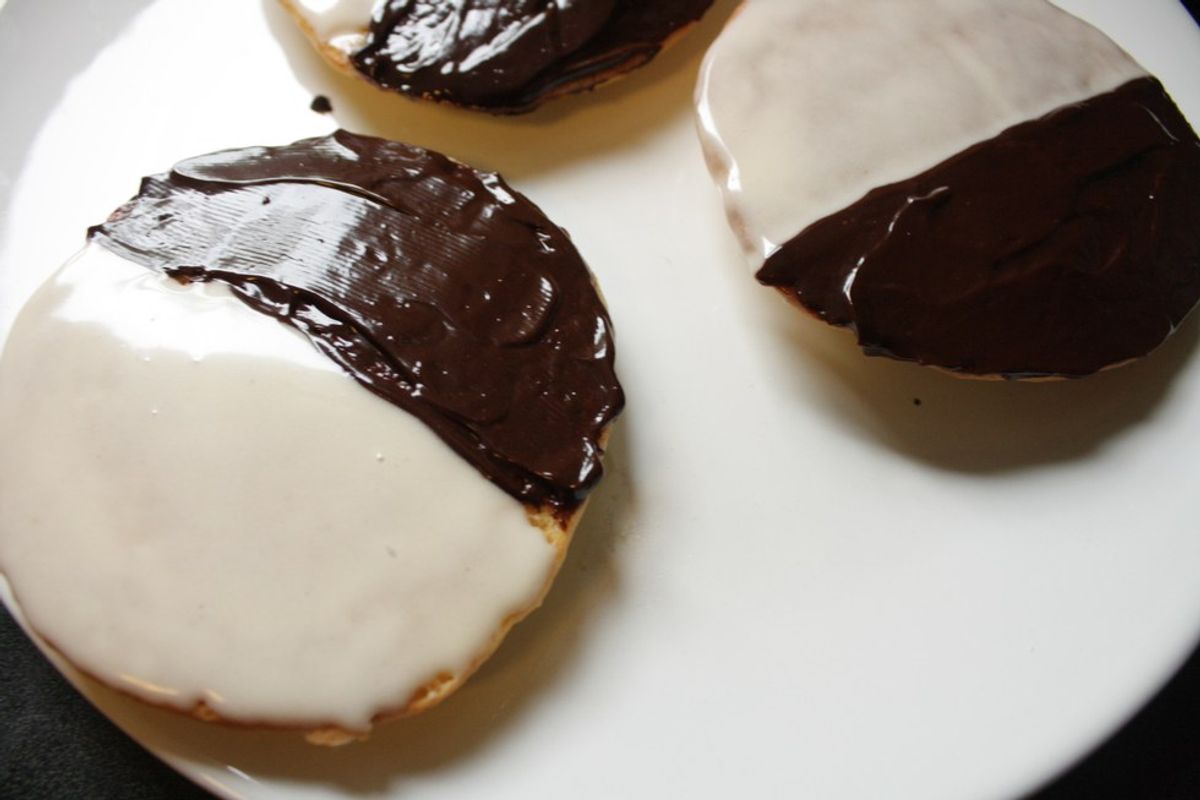 DISCLAIMER: Before I begin this piece, I want to clarify a few things. First, my title is absolutely not meant to be taken literally. Our society is black and white in a metaphorical sense. Secondly, I am only one aspect of the huge conglomeration of people that make up the label “mixed-race,” and so I can only personally relate to one type of experience. However, I hope that other people who are members of different mixed ethnicities can look past my specifics and relate to the general point I am trying to make.

The other day, one of my classes was engaged in a discussion about race. It was really interesting to hear the perspectives of several different students of varying ethnicities as they discussed their personal experiences, and although most of the discussion was nothing I hadn’t heard before, I didn’t speak up to tell my personal story. Part of this can be attributed to the fact that I’m not big on participating in class in general, but I think an equally important factor is that when it comes to race, I don’t quite know where I stand.

I am a quarter black and three quarters white, and as stupid as it sounds to boil it down to a fraction like that, it’s important because it explains the fact that I don’t have a fully black parent. I only have one fully black grandparent.

It also explains why my appearance is such a big part of my identity.

Before you cast me off as vain, I want to explain what I mean. I don’t really look like the typical white person, or the typical black person, and this tends to confuse people. I’m used to it now, but all my life I’ve gotten a parade of questions about my appearance because it doesn’t immediately reveal what my race is. People have guessed that I’m from places all over the world, and yet no one has ever guessed correctly.

It may not seem like a real problem, but what comes with constantly being the brunt of people’s guesswork is a kind of inability to figure out what race it is that does define me.

I grew up in a predominantly white, upper middle class area. People always assumed I was white and went tanning a lot. (I have never been inside a tanning salon in my life). As a result, I suppose my identity can be most closely paired with the typical white, middle-class American.

I don’t want to add to the cacophony of voices that claim lack of representation in society, but as a mixed-race person I truly don’t feel like I have it. It seems that to be mixed-race means to always have to pick a race, depending on the situation. It’s about picking to either identify as black or identify as white.

And maybe that’s made me adaptable, and maybe because of the way I grew up I feel more comfortable posing as one side rather than the other, but the fact remains that I shouldn’t ever have to choose. I am two parts of a whole. I am not black and white, I am one whole person made up of my own unique blend of two races.