Loyola Chicago's Road to The Final Four: A Cinderella Story
Odyssey
CurrentlySwoonLifestyleHealth & WellnessStudent LifeContent InspirationEntertainmentPolitics and ActivismSportsAdulting
About usAdvertiseTermsPrivacyDMCAContact us
® 2023 ODYSSEY
Welcome back
Sign in to comment to your favorite stories, participate in your community and interact with your friends
or
LOG IN WITH FACEBOOK
No account? Create one
Start writing a post
Sports

Loyola Chicago's Road to The Final Four: A Cinderella Story

The Ramblers are guilty of busting millions of brackets across the nation, as they have danced their way to the Final Four. 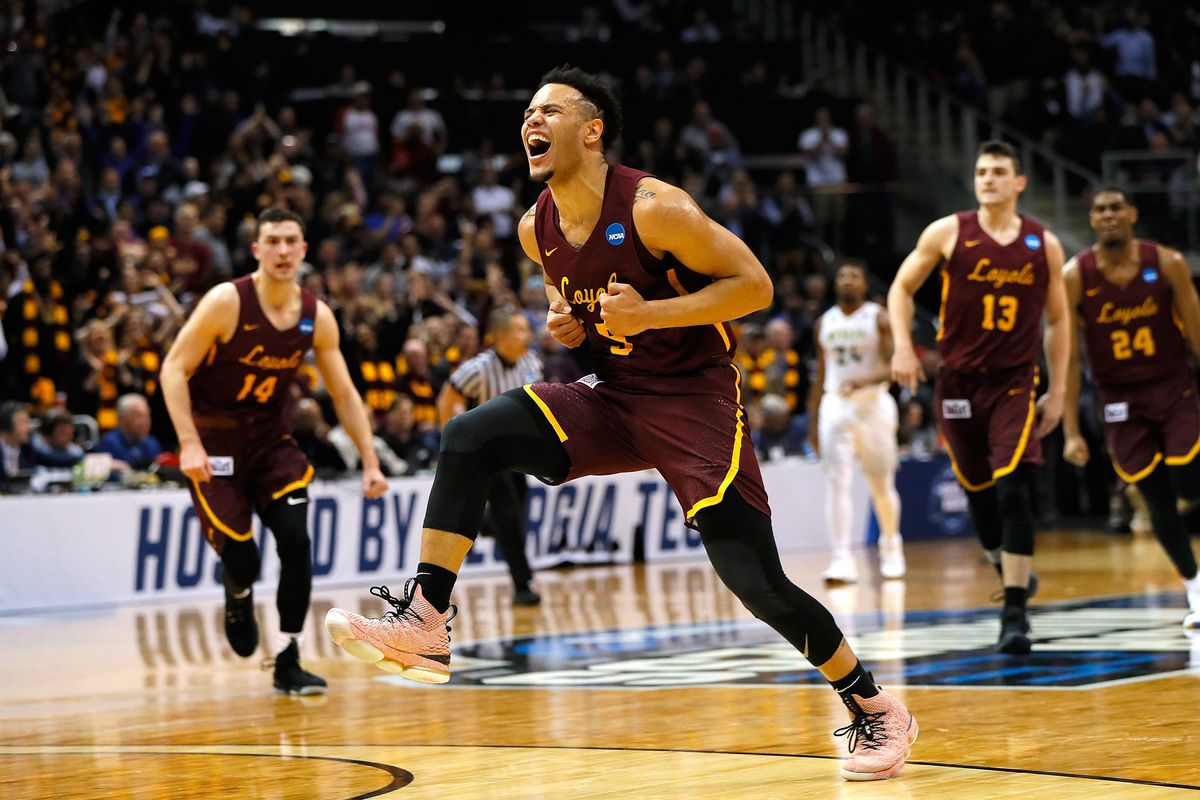 If you have a pulse and live in the United States, you are probably aware that the infamous "March Madness" tournament is in progress, and is getting down to the wire. Beginning with 68 teams, it all comes down to the Road to The Final Four. Each year the tournament shocks the nation and oftentimes frustrates loyal fans and those who bravely fill out a bracket, however, this year's tournament is extra, dare I say, mad.

There's always a few Cinderella stories, in which a few lower seeds make a run for a game or two and advance further than anyone anticipated. However, this year's tournament has included the craziest, jaw-dropping upsets the world of college basketball has ever seen.

For starters, for the first time in the history of the tournament, a #16 seed defeated a #1 seed. That's right, UMBC smacked around one of the favorites to win, the Virginia Cavaliers by a whopping 20 points. But, the real Cinderella story that has continued to reek havoc in "The Big Dance" are the Loyola Chicago Ramblers. Seeded at #11, they were automatically viewed as an underdog in the eyes of the public, but some had hoped they would make an upset over their first opponent, #6 Miami.

The Ramblers survived and advanced after an exciting 64-62 wins over the Hurricanes. It's not uncommon for one of these upsets to bust people's brackets, but the momentum usually ends for the underdog as the proceeding games approach. Their next opponent, Tennessee, was clearly favored to defeat the Ramblers and many thought their run would come to an end.

However, they fought their way through another victory and came out on top, 63-62. As the team danced their way through the madness, a prominent figure emerged from the university. Loyola Chicago team chaplain, Sister Jean Dolores-Schmidt, has been the team's biggest fan for over 50 years, and has become an icon in the tournament. She has been shown supporting the team at every game thus far in the dance, and has lead them in prayer.

Her prayers have certainly been answered as the Ramblers have done the unthinkable, advancing to the Final Four to face the Michigan Wolverines. Loyola Chicago is the fourth 11th seed team in the history of Division I College Basketball to advance to the Final Four. Now many think the Ramblers run will end when they play in San Antonio on March 31st, but Sister Jean and the entire organization will continue to keep the faith, and hope to advance to the final and, miraculously win the ship.

Nicole Marie Nigro
Individual Creator
472
c1.staticflickr.com
Where to start...... Let me start with the cliche that life throws us curveballs and what we do with it is what counts.