Eyebrows on Fleek: How Modern Slang Reflects Our Perfectionist Culture

Until this trend fades out, the best we can do is make sure young people know they are loved. 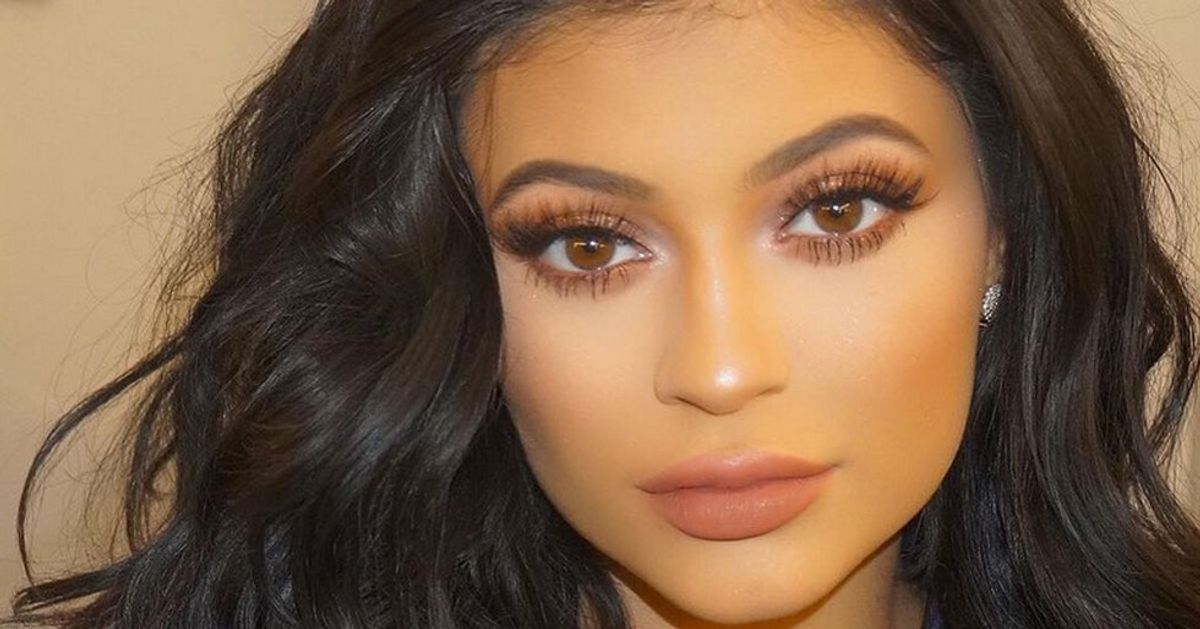 Judgment from peers is certainly nothing new. Middle school and high school has always been fraught with critical inspection, especially among girls, from others who are trying to mask their own insecurities. That being said, I do worry about the new pressure that teenagers are under due to this developing culture of perfectionism.

A look at last year’s most common slang words will tell you that phrases like “on fleek”, “aesthetic”, and “goals” took on a new meaning and popularity. The phrase “on fleek”, which previously was complete nonsense, essentially means “perfect in a very precise way”. The most common usage of this phrase is related to appearance, with compliments such as “your eyebrows are on fleek!” This points back to a whole other craze in itself: the overwhelming desire for perfect eyebrows. Girls everywhere are nagging over the stray unplucked hair they spot in the mirror, compared to the sharp, dark, perfectly shaped brows of their friends. Growing up, I never heard anyone talk about eyebrows, and now I find myself amazed (and a little confused) by how many instagram pictures I see which include young girls with winged eyeliner and neatly trimmed eyebrows.

For the record, I have nothing against the use of makeup. I’m a firm believer in the idea that some makeup and cute clothes can help a girl feel more confident and self assured. That being said, I do worry that our culture is becoming too fixated on the perfection aspect of our appearance. Add this sort of pressure to an age group which is already feeling judged by their peers, and you’ve got a pretty disastrous combination.

A look at history’s development in language will show that the vocabulary we use is constantly changing and adapting based on the context and culture it is placed in. Slang usually is developed in a certain group, usually between people of a specific race or age group. While the new words may sound silly to others outside of the group, these words help to create a sense of unity with a group, almost a “secret language” which helps people to feel like they fit in. The article How Slang Reflects and Affects Modern Society sums this up by saying “slang is a signal of belonging for adolescents; the more up-to-date and comfortable with the new ‘it’ words and phrases one is shows his or her interest and knowledge of their peer group, making them seem and feel socially superior, and others of their peer group respond accordingly.” For example, by commenting on a selfie taken by a friend, saying “goals”, a person is essentially proving that they understand their generation’s special language, and they are in on the joke with everyone else. It is a special sense of humor which helps insiders feel included, but outsiders feel excluded.

More interesting, however, is to look at how slang has changed over the centuries, and how the words used can reflect the culture of the time. The article How Slang Affects the English Language provides examples from the 1960’s, where the free love hippie movement coined terms like “vibes” (feelings) and “far out” (amazing). Meanwhile, the 1990’s, considered by most to be an era of apathy and carelessness, commonly used words like “whatever” and “meh”. This could be seen in the fashion of the time as well, where “grunge” was easily accepted by everyone. In other words, looking as if you had just rolled out of bed by wearing baggy clothes or clothes with patterns that didn’t match, was actually one of the trends to follow. Effortlessness was celebrated.

The trend now, on the other hand, is to look perfectly put together. Eyebrows are a sharp, straight line, with no patches or stray hairs. Eyeliner is a precise line which flicks at the end, doesn’t smudge, and is “sharp enough to kill a man”. Messy hair isn’t acceptable unless a person apologizes and excuses themselves with a caption like “bumming it today”.

Phrases other than “on fleek” demonstrate the changing attitude toward what defines beauty as well, although perhaps not as clearly as this phrase does. That being said, I looked at the article 23 Slang Words And Phrases You Should Know In 2015 to see how frequently such words are used that back up this growing occurrence. I found that 6 of the 23 listed words were related to how much a person does, or doesn’t, match up to what society expects from them.

There is also another side to this mindset, which perhaps enforces this desire to be perfect: the trend of judgment. This isn’t just outright judgment, mind you, but it is becoming increasingly popular to joke about judging others’ flaws in a cool, detached manner. Of this same list of 23 slang words for 2015, 3 of the remaining 17 were related to the act of judging others. Such phrases include “throwing shade” (insulting someone in an underhanded and casual way), “reading someone” (pointing out a person’s flaws), “sipping tea” (enjoying gossip or scandal without getting personally involved). It is important to note that all of these phrases hold a very distant yet level headed connotation, as if the person is quietly superior to the victim both in their behaviors and how they compose themselves in dealing out the insults. Perhaps this paradox between common slang is what causes such a vicious cycle: insecure people try to compensate by apathetically criticizing others, who then feel inadequate and far from perfect, which leads to more compensation and judging of others…and so the cycle continues.

Ultimately, there isn’t much we can do in opposition to the trends. It’s also worth saying that while there is a lot of pressure in looking perfect, I am aware that the trend isn’t all bad. My sister, for example, enjoys doing makeup and enjoys putting an effort into her appearance. This mindset only becomes a problem when a person feels that they have to be someone they are not, or are unhappy due to the expectations hanging over them. Until this trend fades out and is replaced by something new, the best we can do is make sure young people know they are loved and valued no matter how they look. Even if their eyebrows aren’t on fleek.