Excuses are for those who don't want it bad enough.
Odyssey

Excuses are for those who don't want it bad enough. 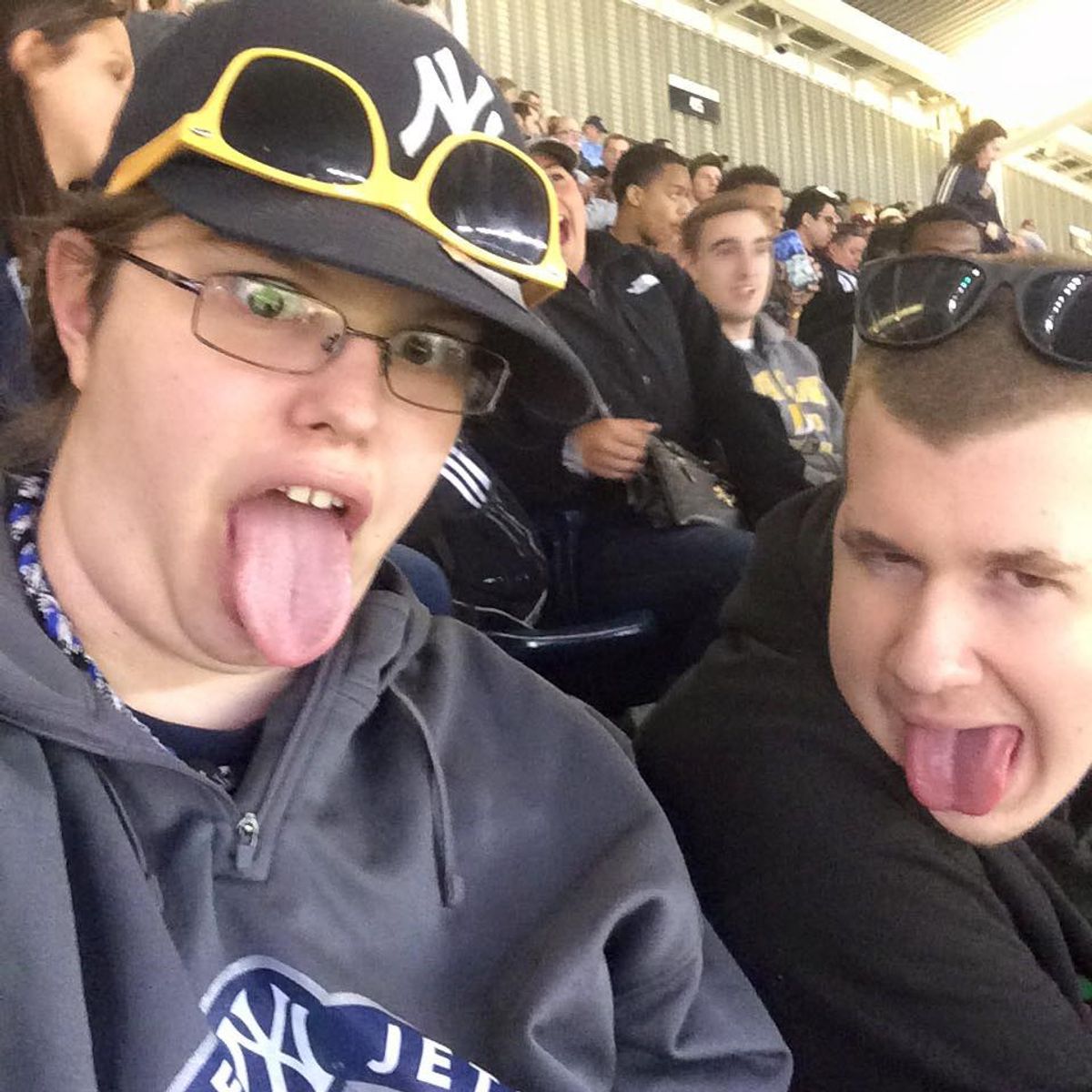 Before I get into this let me just say this, your boyfriend shouldn't just be you boyfriend, he should be your best friend, your partner in crime, your motivator, your supporter and the person you can do the craziest things with. Yes, not everyone is lucky enough to have a boyfriend who goes out and beyond for you, but he should want to see you succeed and be behind you when you fail and fall.

Now time to backtrack to over two years ago, September 15, 2014 to be exact, when I first met my boyfriend. The night we met, we were in our friend's room and things got weird and awkward because a fight broke out in the room so we both left the room, that little thing didn't stop us from being friends. I will never forget one of my first memories with you, I walked into our friend's room again waiting for my Domino's pizza to be delivered and there you were sitting on the couch watching Yankees videos on your computer and I couldn't help but stand behind you and watch too. For the first two weeks that we knew each other I didn't even know your real name, for that time I swore your name was "Grapefruit" until I learned it was "Sean", and when I found that out I'm pretty sure I was confused for a minute. But at the time that we met, you already had a girlfriend so never did I think not even a complete year into knowing you we would have been dating, but plans do change. Over two years later of knowing you, I wouldn't want anyone else as my best friend and boyfriend! Many and almost all people say long distance relationships don't work, but here we are, a walking example that they do.

My boyfriend isn't just my boyfriend and best friend, but he is my motivator. Just about four months ago I had decided that I wanted to join the Air Force, which meant losing 25 pounds until my wax weight for my height to qualify to join. Since I started this journey four months ago I was 200 pounds, today ( December 11th) I now weigh 183.4, throughout these months I've lost 16.6 pounds and I still have 8.4 more pounds until my max weight. I'm so close to being at my max weight, I can touch it. For those that know me, you can tell the difference in the weight lose (when I'm not wearing my sweatshirt), not only can you see it, but I can feel it which makes me all that much prouder of this journey thus far.

When I first asked my boyfriend his opinion about me joining the Air Force his exact words from the first conversation we had was, "What I say on this subject shouldn't matter, I don't want to stop you from doing what you want. No matter what you choose you will have a very proud boyfriend." I know I didn't have to include and ask him his opinion on the subject matter before making my decision, but I wanted too. Now at first, I'm sure he wasn't to fond of the idea of me being take out of society for BMT for eight and half weeks besides a phone call or two and letters during the time and me being away from home for the years that I'm in, but the one thing I do know for sure is no matter how close or extremely far away I could go, you will always support me no matter what. Ever since you have become fond of the idea and its becoming more real and I become closer and closer to my max weight each and every day, I don't think you've ever been more proud to call me your girlfriend as we do this together.

The day I tried to met with the Air Force recruiter for the first time at the end of August (and failed), but talked to the Navy recruiter was the day I found out how much over the max weight limit I was. Being over the weight limit only meant one thing, it meant I had to start going to the gym or running and trying to eat better than just chicken nuggets from McDonald's. If there's one thing that my boyfriend, my best friend the person who knows me better than myself knew is that I wouldn't be able to do this alone and four months later he was right. So while he's down in Florida at school he's been mainly running and doing other workouts while also trying to eat better. In the time that we started this weight lose journey he weighed in on October 15 at 222 pounds, November 2nd changed his diet and weighed in at 221.6 and today (December 11th) current weight is 212.2. So far he has lost 9.8 pounds and his goal is to reach 190 pounds. Together, we have collective lost 26.4 pounds in four months.

As hard as this has been, I honestly don't know if I would have been able to do this without my amazing boyfriend, Sean by my side. When I finally reach my max weight limit for my height, lose another five pounds after that to be sent to medical and pass my ASVAB this will only be the beginning for what the Air Force has for me. I'm happy to be able to take my boyfriend along with me! Thanks for being my awesome motivator from over 1,000 miles away Sean!