1 song. Over 30 million streams. Meet ​the duo behind the infectious summer anthem "High Without Your Love."​ 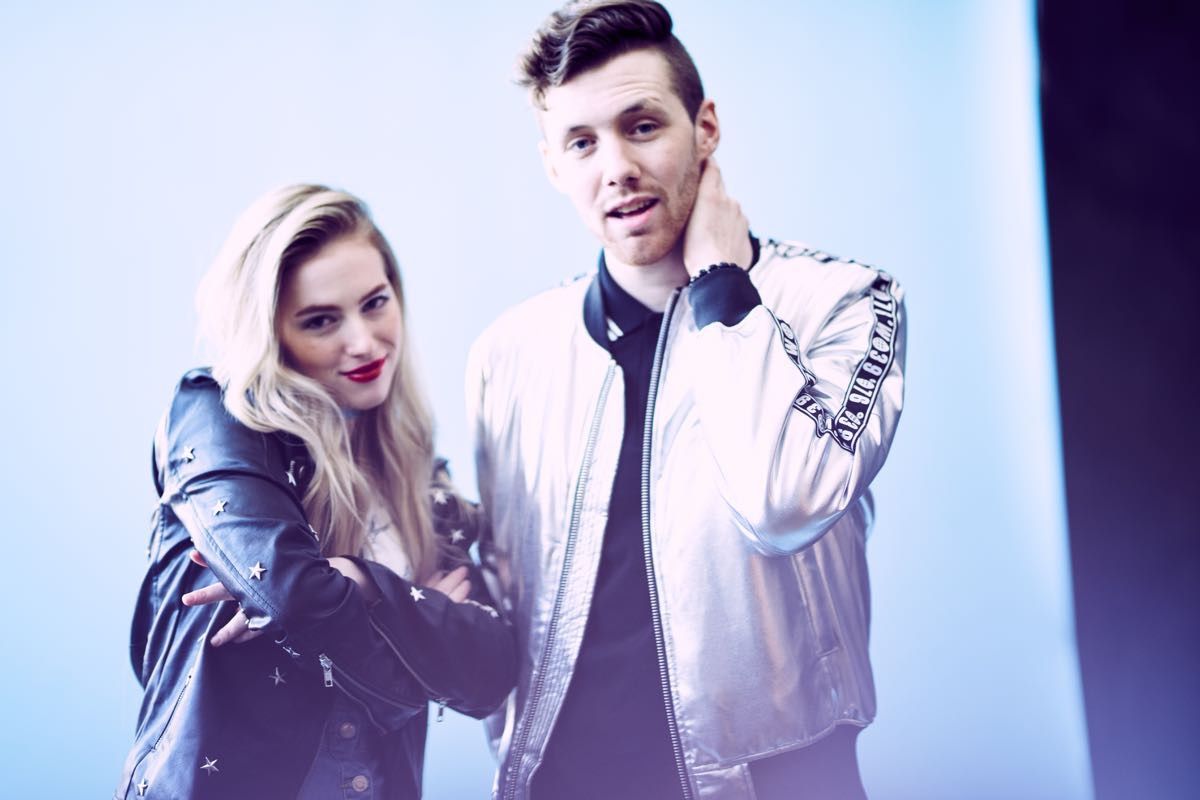 If you've heard "High Without Your Love" by Loote, chances are it's been stuck in your head. Jackson Foote and Emma Lov Block, the masterminds behind the track that already has over 30 million streams, have just begun their pop careers and are set to take the world by storm with their infectious melodies and intriguing lyrics. After seeing Loote open a show at Webster Hall a few months ago, I knew I wanted to interview them to shine a light on their talent and craft. I was lucky enough to chat with Loote recently to hear more about their personalities and upcoming plans for their music.

What inspired you to start making music?

Emma: I grew up in Manhattan and went to LaGuardia for high school. I've been making music for as long as I could speak... I used to pretend I was in a band with my imaginary friends when I was little. I’ve been writing songs for a while, but it really started after 9/11; I was there on that day. I had a lot of anxiety, and getting over my anxiety basically was a key reason why I started writing songs. I started writing music when I was eleven or twelve and it helped me get over my anxiety a lot. I really liked writing music so I just kept doing it, and by the time I got to college, I wanted to pursue it as a career.

How did you guys meet?

Emma: I was a freshman and Jackson was a junior at SUNY Purchase when we got paired up for an assignment. It was our first assignment in our songwriting class, and our professor, who is one of the guys who discovered and developed Rihanna and actually ended up becoming our publisher, had just randomly assigned people together in the class. We found we had great chemistry and kept working together afterwards, and eventually we signed to Universal Music Publishing through that same professor.

How much do you think you've grown since that first song you wrote together in college?

Jackson: So, so, so much. The more you write, the better you get at it, but we developed a closer relationship in terms of aligning our goals and now it's clear what we are trying to achieve. We both know what we're trying to get out of this and what we're going for, as opposed to our first time, when we just went into it. Emma and I, our minds are creatively so in sync because we’ve been working together for so long.

What are your big career goals on the horizon?

Emma: I really want to play Firefly [Music Festival]! It’s such an eclectic mix of music and the environment and vibe seem like a perfect fit for us.

Jackson: I definitely want to play huge festivals and stuff. I love playing live more than I like actually going festivals. But one of my dreams has been playing huge venues, and it's amazing to just meet people who know your music. Or, hearing your song on the radio for the first time is a special moment. I think my big goal would be meeting someone who tells me that I inspired them to start writing music! That'd be a dream come true for me since I hold so closely the writers who inspired me.

You guys totally blew me away when I saw you live. Tell me a little bit more about how it felt opening for Astrid S at The Studio at Webster Hall.

Jackson: We set out to make it seem like it wasn’t our first time! We were super nervous but we had rehearsed so much. We wanted to fight off the nerves and just put on a great show, so I'm glad we accomplished that!

Even though it was your first show, did you start any pre-show rituals?

Jackson: We can't do anything typical like huddling and hyping up a big group with the band; it's awkward because we are just two people, so we can't really stand there and high five each other – that would look really weird (laughs).

Emma: We did have a shot before going on stage! I think when it's just enough that it loosens you up a bit and make you feel less uptight and less scared of the crowd's expectations, it's helpful – it's just fun.

You two wrote the Cheat Codes song "No Promises" with Lauv, another one of my favorite up and coming artists. How did that come about?

Jackson: We were signed with Universal Publishing and our publisher was putting us in contact with other New York writers. Ari (Lauv) was the second or third writing session we did and we basically immediately became close friends. He moved to LA but whenever he was back in town we would write with him. "No Promises" came together in a day – it was great and a fun collab with Ari.

I remember you mentioning onstage at Webster Hall how you two were really trying to make it in New York, as opposed to moving out to LA like so many other artists who try to “make it” in music out West. Can you elaborate a bit on that thought process?

Jackson: I’m from Boston but Emma is a New Yorker through and through. I think I would start to like LA if I was out there for a little bit, but I love New York City so much. I love the culture, and it really feels like home for me. I see all our friends like Ari moving out there, and every time we go out to LA it's all incredible and overwhelming, but I hope I can stay in New York as long as possible.

You’re doing a nationwide tour with Timeflies in the fall. How excited are you for that?

Emma: We both are excited, but I’m super duper excited for that. On top of everything else, I’m excited to see parts of the country I haven’t seen before. The middle of the country is relatively unseen by me, and I'm so excited to get to see it while also playing music!

Where are you most looking forward to playing?

Emma: Personally, New York and LA. As much as we don’t wanna live in LA, we still wanna play there. We're also playing a show in Nebraska on Halloween, which will be fun because I really love Halloween.

Jackson: Also excited to play San Francisco and see the Pacific Northwest – which is so gorgeous.

Let's end with a fun fact. What's something not many people know about you?

Emma: When I first started writing songs, the first songs I wrote were for commercials, toy commercials specifically. I sang on a bunch of FurReal Friends and Littlest Pet Shop and My Little Pony commercials.

Jackson: During freshman year of college, me and my two best friends accidentally made a viral YouTube cover of Lil Jon's "Get Low." It was super poppy, uppity style, and polar opposite of what the song actually was. We shot a video where we were entirely clueless, just smiling like idiots, and it turned out to be a perfect storm of this sarcastic thing we did that went viral overnight. So that was my 30 seconds of fame around campus freshman year. Lil Jon actually tweeted it, WorldstarHipHop tweeted it, Perez Hilton tweeted it... I was a blossoming YouTube star! And then, I started to focus more on writing my own songs.

When can we expect new music from you?

Emma: Our remix with Timeflies came out recently, so that ties in perfectly with our upcoming tour!

Jackson: We plan to roll out new music really soon, with our next single being released in the next couple of months. We have a feature with big DJ – we're on Martin Jensen's upcoming single, so that's really exciting and we might shoot a video with him as well. We have remixes coming out, probably three or four more originals with one as a single, and all those will be bundled into an EP.

Check out Loote's brand new music video for "High Without Your Love" and catch them live on their US tour with Timeflies from September 28 through November 18. In the meantime, keep up with Emma and Jackson on Twitter, Facebook, and Instagram.