Everything Wrong With Marriage Today
Odyssey

Everything Wrong With Marriage Today

The reasons why I think most marriages end in divorce. 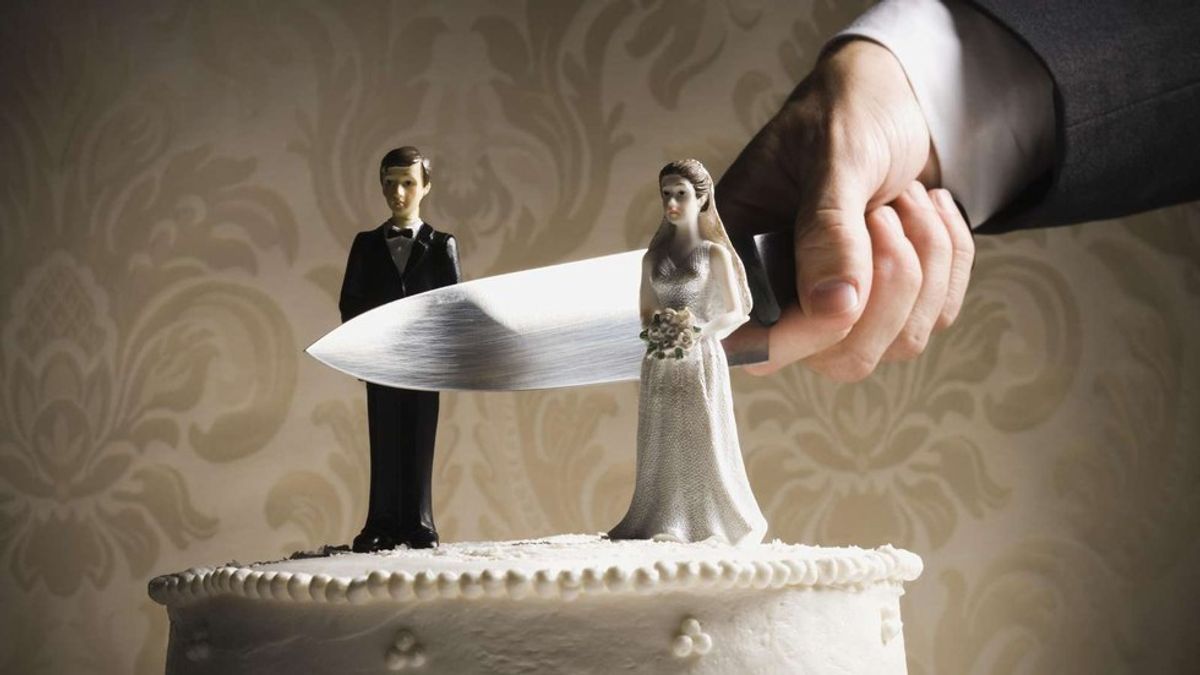 It's almost rare, nowadays, that a week goes by without hearing of some celebrity couple splitting up or getting a divorce. Last week it was Colleen Ballinger (aka Miranda Sings) and Joshua David Evans who announced they were getting a divorce after only a year of being married. A few weeks ago it was Brad Pitt and Angelina Jolie, and this summer seemed to be big for celebrity divorces. In April it was Drew Barrymore and her husband of four years. In May it was Sharon and Ozzy Osbourne after 34 years together as well as Johnny Depp and Amber Heard. Last year, the biggest and maybe saddest divorce announcement, was that of Ben Affleck and Jennifer Garner. The list goes on and on, and I will spare you the endless names of divorcees. You might think, these are celebrities you are talking about, and you are right; in no way do they represent the average person. http://www.divorcestatistics.orgThe fact remains that in the US, 45 to 50% of first marriages end in divorce, and the percentage grows along with the number of marriages. While I am no expert on the matter, I do have a few ideas why this seems to be happening so often nowadays.

First and foremost, I think marriage has lost its value. To me, and probably because of my religion, marriage is a sacred union between two people who want to spend the rest of their lives together, and are committed to each other. Today, it seems that people get married just because. It is often, that you hear about couples getting married only after a few months of dating, and it is often that people remarry multiple times. It seems that getting married is just something to do, and it seems that the mentality going into marriage is, "We'll see what happens, it can always be undone." It should not be like that.

Another thing I think is that people get married because of the wedding itself, and the fairytale that goes along with it. Let's be real, most girl fantasize about the perfect wedding with the perfect partner (myself included) and sometimes that fantasy can cloud judgement, causing people to rush into marriage, without knowing what they're really going into.

Finally, I think people give up too quickly. I agree that sometimes, splitting up is the only solution. However, I think in most cases issues can be worked out. Marriage isn't easy, it requires work, and people have gotten lazy so they take the easy way out. I want you to think about something. If two people are married, it is, or at least should be, because they love each other. Love is really the base marriage. Whatever issues come, they can be solved and there are various ways of doing that. I am also a big believer in giving people second chances. We are all human, we make mistakes. But we only get one life, so why spend it being angry or holding a grudge on someone. Granted, sometimes it is inevitable, but forgiveness is crucial in being happy and letting negativity go. I know somethings can't be forgiven, but in most cases they can. Plus, it is only through mistakes that people learn, so mistakes can make a relationship better and stronger.

That is the end of my rant. You might think, what can a 19 year old girl with very limited experience in the matter, know about marriage? And you're right, I don't know a lot. But I've seen couples get divorced, and I've seen couples go through incredibly hard times and come out stronger. Most importantly, though, I've seen a couple stay happily married despite the hardships that life through at them and I've seen that for every hardship came a beautiful moment. I only know that if I'm ever lucky enough to get married, my marriage will not have an expiration date.