Why are women still earning less than a man? 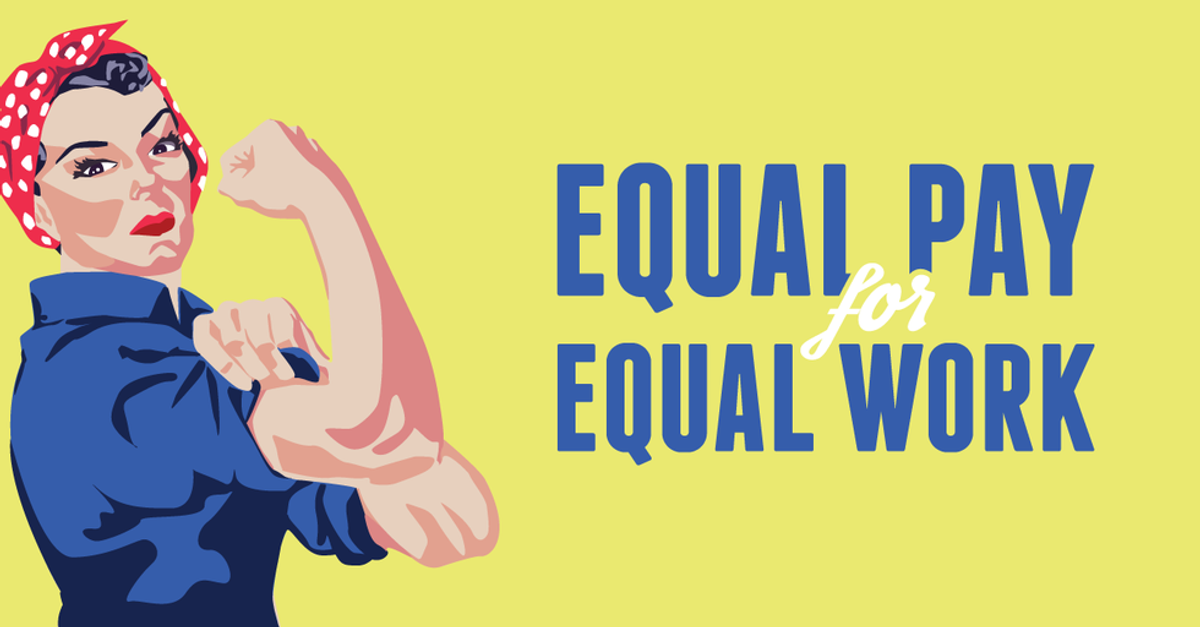 The bake sale took place on April 12, which is also the date when a woman earns the same as a man earned from January 2015 to December 2016. This can sound confusing but basically this means that a woman's salary catches up to a man's after about three and a half additional months of work. Also, each year the date of equal pay changes based on salary statistics.

Personally, I have always known about the wage gap between men and women but I didn't know about this equal pay day which is why this event was held. Although this equal pay day sounds like a good thing, the more I think about it the more it doesn't make sense to me. If you're going to make a woman's salary equal only after a certain day, what's the point? You might as well make it equal all the time, as it should be.

Not only is this discrimination against women by paying them less for essentially doing the same work, the wage gap grows even father based on the woman's race.

The wage gap exists in almost, if not all, occupations as well. Some may argue that women physically cannot do the same as men (for example with a job like construction or mechanics). However, if you're saying that women are basically weaker than men, that means that the woman is putting in even more effort and working even harder than the man so wouldn't that mean they should be paid more for their extra time and effort? No matter which way you look at it, the wage gap is just simply unequal.

Another reason why I believe that women should earn the same, if not more, than men is because in today's society we have so many single mothers who need that extra bit of pay to provide for their children. With equal pay for women, this could make a huge difference in the lives of these women and their children.

A recent Whatsgoodly poll asked male college students who the bread-maker in a family should be and 86 percent said that they wouldn't mind if their wife earned more money than them.

If such a significant amount of our younger generation doesn't see an issue with a woman earning more than a man, I find this to be an issue with the men that we have in political power. I don't know how this is for every state but I know that in Indiana we have a lot of politicians who are just set with doing things the old-school way. This is why we need younger people involved in politics and young adults need to know that they can make a difference but it all starts with being informed with what is going on in our society.

It's also been a known fact that companies don't want their employees sharing their salaries with other employees which just goes to show that they don't want this wage gap being discussed, hiding the awareness of this issue.

It's sad to think that after all this time, women still are not appreciated the same way as men in the workforce and hopefully this equal pay day is a step in the right direction.