The world as we know, revolves around one person. Trump. 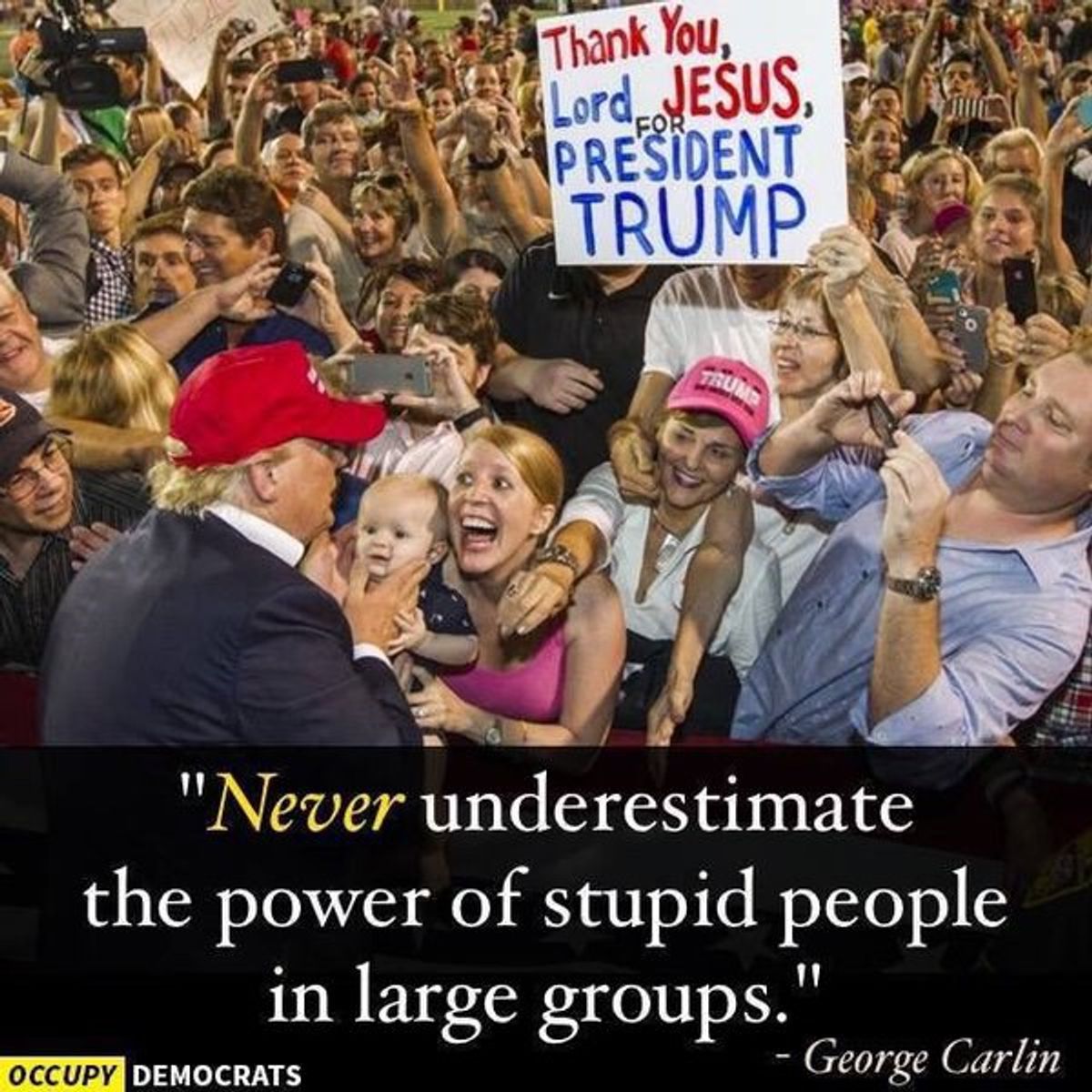 Since Trump has entered office, all that Americans see on the news, their phones, and computers is Trump. Trump this and Trump that, but has the media every stopped to think that maybe the American people do not want to always hear about every little step he takes? When it comes to be an avid IPhone user myself, I'm sick and tired of getting news notifications about the man in the White House. Enough is enough!

I have stressed in one or more articles before hand that I am not a Trump supporter, and I do believe that American people should know what the leader of the country is doing. I also believe that media should be able to report about all going on as well, but something has to give when it comes to Trump's media take over. The non-stop notifications about his whereabouts, his decisions, and his wrongs have driven me nuts. We get it! Trump is not the best pick for office to most of us, but he's there. Trump is the president and until he gets himself impeached or someone assassinates him, there is absolutely nothing we can do.

Just googling the name Trump gives top stories with titles such as; "What a Failed Trump Administration Looks Like, Is It Time to Call Trump Mentally Ill?" and so on. There's even an article that was posted 15 hours ago on Reuters that says U.S. lawmakers are pushing for answers on Trump team's Russian ties. Instead of making such big deals and stirring the pot for Americans to worry over, why doesn't the FBI or CIA get involved and do an investigation? If hackers were able to hack into Hilary's email and make her look incriminating, why don't hackers hack into Trump's email database and see what the red hair, umpa-lumpa fiend has to hide?

Talking about the wrongs, broadcasting the wrongs, and stirring the pot won't make anything right. Many may say that posting about his actions may get Americans thinking, but I highly doubt this. If Americans were willing to put a business man, TV personality billionaire in the White House, what makes anyone truly believe that most Americans care about what their reading?

Maybe this article that I've written might give you the push you need to actually start caring and advocating for what's right. Maybe you don't care at all, but this is our future. Are you willing to sacrifice history for one man?