Women, We Need To Start Empowering One Another Before It’s Too Late

Women, We Need To Start Empowering One Another Before It’s Too Late

Stop feeling the need to compete with every woman. 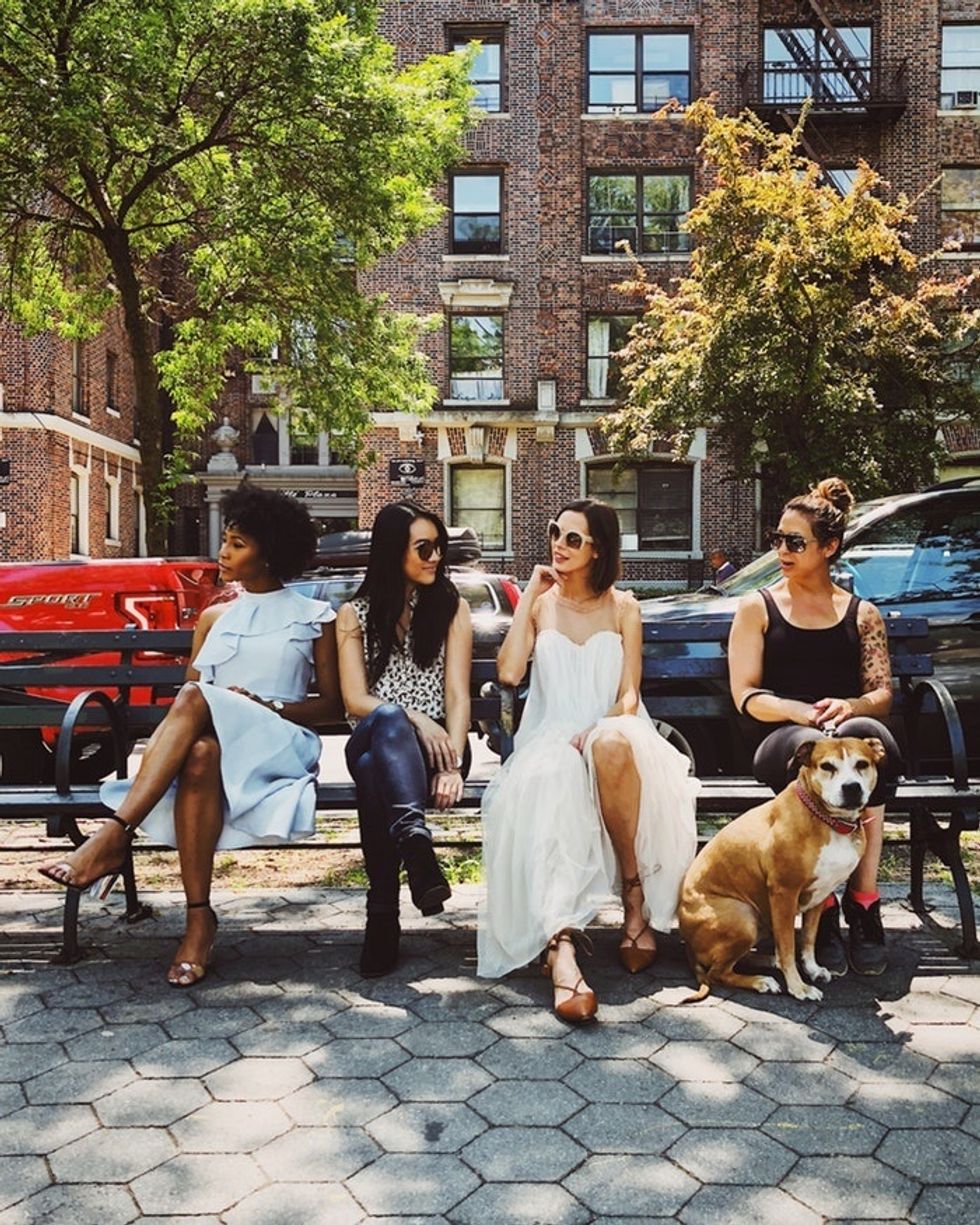 Slut, hoe, skank, and bitch these are just some of the many words women in our society are called and for some, this is an everyday thing. The popular stance is that its men calling women these gods awful nasty things but really women are doing it to other women. Every. Single. Day. Whether this is behind a keyboard, behind a back or simply right in front of a person, women are tearing other women down and for what?

Is it so that we feel better about selves? Is it because if we say this about another woman we no longer become a target for this labeling? Is it because we have internalized the oppression of women in today's society have faced for many years?
It's all of these things and more.

Why is it so hard to empower other women? Fight for equality? Support one another?

We refrain from complimenting our friends, so that we are not confused as being something we are not, or in some cases things that we are, that we are not ready to share with the world. We want to avoid the rejection we will face if we speak on behalf of positive feelings. We are taught from a very young age that another woman's success, beauty, and happiness must be to the detriment of our own. In every movie that we watch, every magazine propped up at the checkout line, and every single overtly corny rom-com that we consume: we are all being repeatedly fed the same lie. The lie that we are not worthy enough to build ourselves up without assistance from our knight in shining armor. So, we do everything in our power to tear down other women who have risen above. Because to us, every single woman out there is a competition.

Women we are looked at as weak, vulnerable and less and we're only making it worse by making other women feel shameful of their gender. Shameful for their sexuality. Shameful to be called a woman of the 21st century. It is not bad to wear a short skirt. It is not wrong to have sex with multiple different partners, and there is nothing wrong with having sex with only one person. The only person who should have a say in what a woman does with her own body is the woman that owns said body. We are not asking for it if we "wear too much makeup" and we are not "prudes" for denying someone the right to something that does not belong to them. I know this may be a confusing concept for many, including some of our current leaders of the free world, but the bottom line is "no means no".

Instead of calling a woman slutty, bitchy or stupid. Call her smart, powerful and unstoppable. She is a force to be reckoned with, not in spite of her being a woman, but because she has put in the work to prove herself to a society that may never see her as an equal no matter how many degrees she may possess. Stop calling women in power bitches and stripping them of their femininity they are trying to hold on to. Stop calling women sluts if they have multiple sex partners. Stop with the double standards we are forced to live in.

If we don't start empowering women we will continue to stay in a cycle of subornation and discrimination. Why would we want that?

We are smart, we are strong, we are women and we should start progressing. Start voicing our opinions. Bring other women up. Applaud them for their achievements. Compliment her, she may need it that day. In a society that wants to keep women down we should start lifting one another so we do not fall hard due to societal expectations, patriarchy and hate.

This article was a collab with Edie West which is written in italics.