11 Ways To Be A Better White Ally
Odyssey

11 Ways To Be A Better White Ally 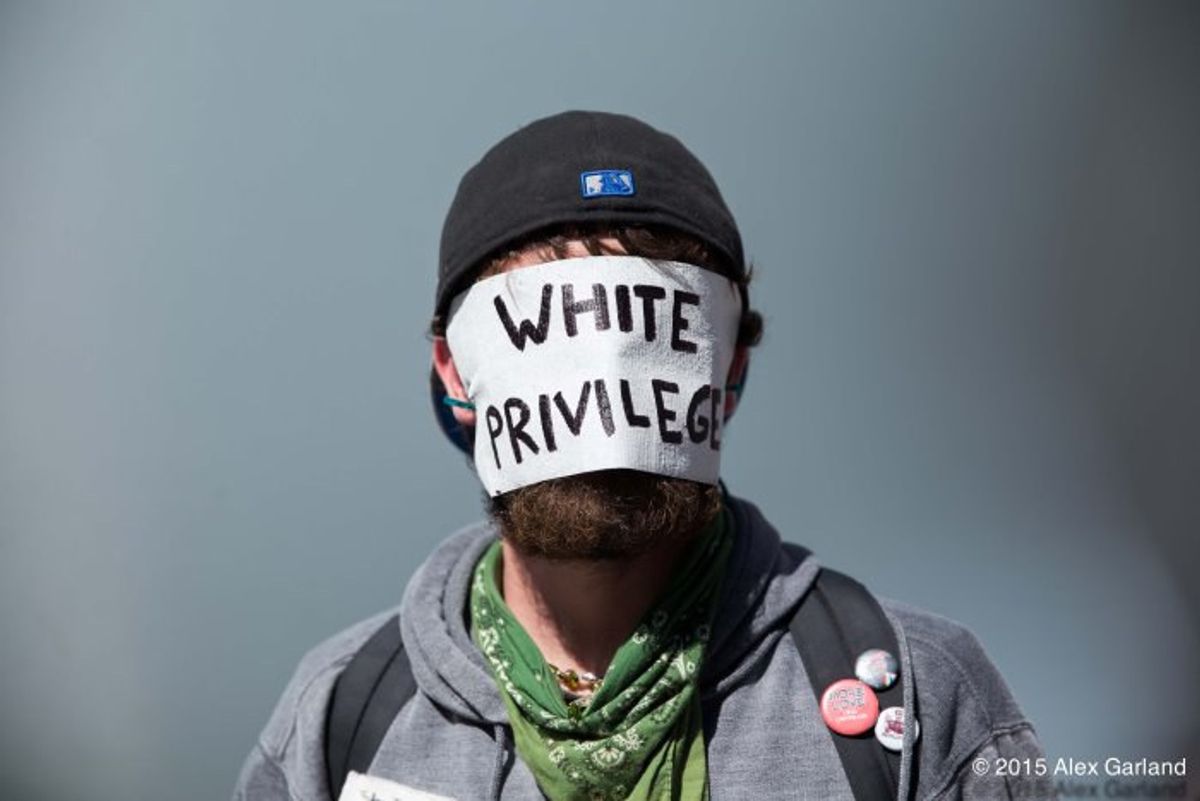 I have been privy to more than a few conversations with white people who are totally against racism and want to consider themselves allies though they don't really know where to start. I've been one of these people, too. And I've seen others, like myself, bog down every POC they know with questions about what we can possibly do to be less awful than all those other, awful white people.

But that's not a productive conversation to have, for reasons that I do not have the space to address in this article. Instead, here are eleven ways to be a better white ally. They're simple, and they're important.

One last caveat: as you will probably discover, I am not the first one to write all of this down. I did not come up with it, and I do not always carry out all of these practices perfectly. However, it is important to reiterate these concepts so that they reach as many people as possible. That's part of how we'll make progress.

Read widely and deeply to inform yourself. Google is your best friend here, as you are not the first person to ask questions about privilege, oppression, race, etc. The answers are just a few keystrokes away.

Remember: It is not the job of POC to continuously explain themselves and the entire social justice movement to white people who just don't get it, and we can not expect this of them. However, many people have already shared their lived experiences, and there is a lot of academic work done on systemic racism and other systems of oppression at work today. The best part: they have put many of these resources online so that you can learn, too.

2. When you get called out, change.

Part of the way that institutionalized prejudices work is that they are ingrained in the way we think, speak, and behave. We all will behave incorrectly at some point, and we cannot take it personally when we are corrected. It is not an attack on your character or when someone points out something racist you did, so try not to act like it is. Instead, it’s best to seek an understanding of how the behavior was offensive or otherwise appropriate and then not repeat that behavior. Simple!

3. Call others out. Try to do so kindly.

If we want to call ourselves allies, we cannot be passive. Micro-aggressions occur with startling frequency, and they perpetuate racism and racist thought patterns. Once you've done all the googling you want (a lá number 1), that new knowledge can be put to work. Challenging people on their backward thinking promotes their growth, and of course, we want the people we care about to grow.

Now let me explain the second part of this: try to be kind in your corrections. It is often difficult to be tactful, or even calm, in the face of blatant racism. My understanding is that it is even more difficult for POC, who are the direct victims of this racism. As someone who is not directly affected in this way, take a second to phrase things as kindly as possible. You'll catch more flies that way, you know.

Part of having privilege is not necessarily noticing that the privileged group receives more attention than other groups. In terms of gender, studies have been done that a room occupied by 50% men and 50% women will be perceived as being mostly women by the men in the room.*

The same sort of logic (well, really illogic) applies when white people enter conversations about race. When the representation of a topic becomes equal between POC and white people— or (gasp!) even dominated by POC— white people often begin to feel underrepresented or even silenced. For a reality check, take a look at number 8 on this list. And then remember that we need to listen and learn; we cannot know exactly what POC experience, and we can’t talk over them or ignore what they’re telling us. Instead, try trusting what you hear.

*This example is, of course, not inclusive of trans people. But that’s a topic for another article.

5. Speak up, when appropriate

On the other hand, people of color should not have to bear this burden alone. Silence is often unproductive, especially when something really needs to be said. We need to participate in conversations about race, as well as conversations that consider the way that race intersects with other identifiers. Groups with privilege should be exercising that privilege to call attention to those whose voices aren't amplified quite so loud.

It takes time and finesse to understand exactly when it is best to step up in a situation versus when it is best to stand back. I definitely mess up when it comes to these situations though I keep on trying to do the right thing. And that's the only way to get the balance just right: keep trying.

7. Find a way to join others in this. There is power in the collective.

As we become more capable and informed as allies, it's often more productive to be around others (of all races!) who are striving toward the same goals. There are groups dedicated to social justice and activism on your campus, in your city, and even online. Most of these will allow you to just sit in at first and observe. And as you become more comfortable, you can take on a more participatory (or even facilitative) role.

Plus, we all need to be around people who will call us out when we mess up.

8. Remind yourself constantly of the way that these institutional imbalances affect your life.

This is me trying to rephrase and refocus the oft-repeated order to “Check your privilege.” Though this catchy phrase is often used as a snappy, dismissive response when someone is behaving in a way that obviously ignores others' perspectives and lived experience, it is also an important reminder of the way that privilege can blind us to our own ignorance. By stopping frequently to consider how our social conditioning and perceptions could be coloring our thoughts and actions, we become better equipped to think and act effectively.

9. Use your privilege and your passions.

If you've got privilege, there's no use denying it, ignoring it, or feeling guilty. Instead, you can use it to mobilize yourself and others. There are times when POC aren't being listened to or even allowed to talk, but white people saying the same exact things will be heard clearly. Take, for instance, this article I am writing. Everything here has been said by others, many of them POC, but it stands that I will be effective saying it again because not everyone has heard these ideas yet. Plus, I'm white, so I will automatically listen to more by certain people.

But it is also important to consider the other aspects of yourself. We all have talents and passions, and these can often be utilized as we make progress as anti-racist allies. Again, I'll reference myself writing this article. I write all the time, and I'm usually pretty good at it. So it makes sense to bring my identity as a writer into this work. We all have talents that we can bring with us-- what are yours?

Sometimes, you will slip up. You’ll be too intimidated to stand up to that racist professor, or you’ll find yourself behaving in a way that. Rather than decide that this is all too hard and you’re just going to stop caring, remember that you’re human. We're all human. And we'll keep getting better at this the longer we keep at it.

11. Don’t quit. Because some people don’t have that option.

Now here's the correlative to my previous point: The fact is that you could, if you felt like it, decide to just pack it up and ignore the presence of racism and other forms of oppression. That is part of white privilege; we are not tied to the same level of racial implications in our every move.

But not everyone can decide to just throw away considerations about racism, sexism, heterosexism, etc. And if we're really going to be allies, we can't throw these concerns away, either.

Emmaline B
The Narrative
48089
https://unsplash.com/photos/O0T1SIgHAfM