Starting with the fact that we have one 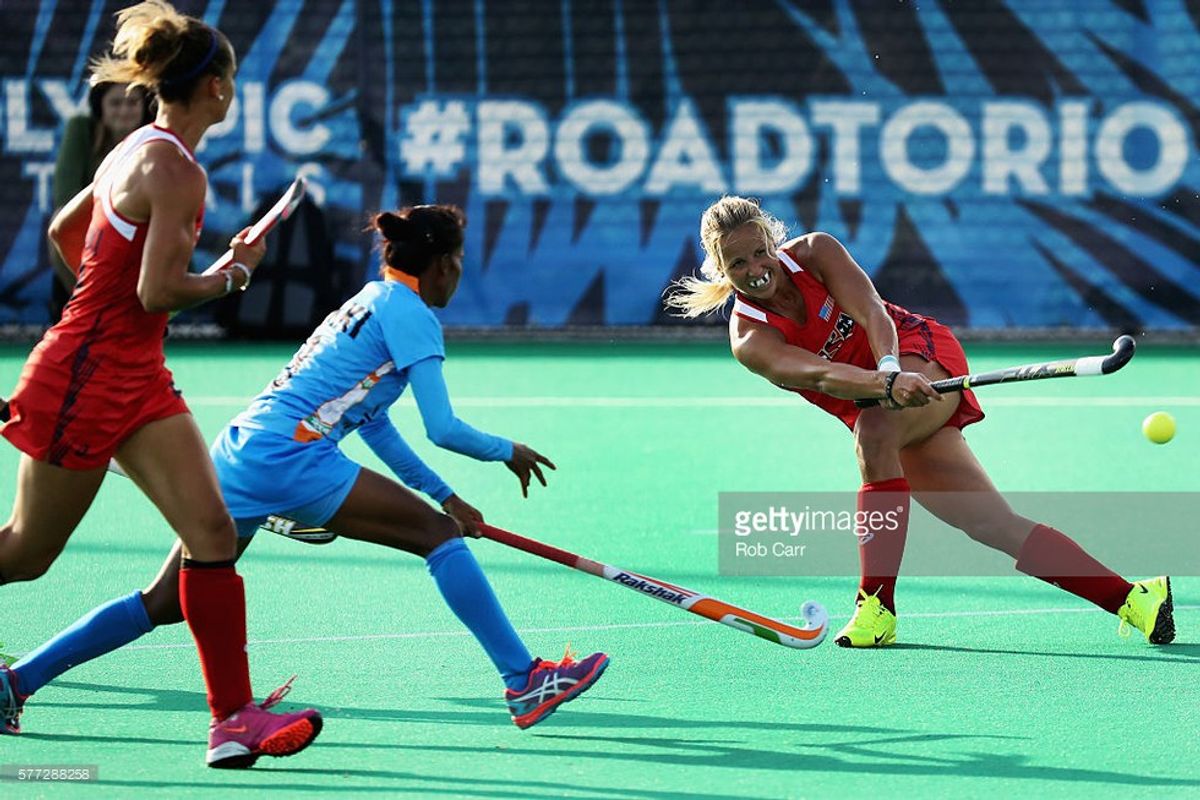 The 2016 Summer Olympics are here! Made up of 41 sports, The Summer Olympic Games are a chance for countries to show patriotism and gain bragging rights. Families, friends and entire countries ban together to watch athletes strive for greatness by bringing a medal home.

Let's back track -- the 2016 Summer Olympics in Rio has 41 sports, and the United States sent 554 athletes. Think you could list all 41 sports? There are probably a few sports you didn't know were in the Olympics, and field hockey is very possibly one of those sports.

The USA field hockey team practices at its home base in Lancaster, Pennsylvania. Yep, it's home of Franklin and Marshall College and an Olympic team. In honor of the Olympics, here are 11 facts about the USA Olympic women's field hockey team you probably didn't know before.

Field hockey first appeared in the 1908 Games in London, but earned a permanent spot in the Olympics after the 1920 Games in Antwerp. Hockey is the oldest known ball and stick game: records exist of it being played in Persia in 2000 BC.

Women's field hockey joined the Olympics at the 1980 Games in Moscow.

Viewers are speculating whether or not Lauren Crandall, who participated in both the Beijing and London Games, can lead the team to gold in Rio.

2. Over half of the team is made up of Pennsylvania natives.

The USA Olympic women's field hockey team has 16 players, and two alternates. Out of the total 18 teammates, 11 are from Pennsylvania! There are two from New Jersey, one from North Carolina, two from New York, one from Delaware and one from Virginia.

3. One of the players is also a fellow blogger!

Rachel Dawson has been writing her blog, titled "The Athlete Way," since 2011. She posts various poetic content. Check it out here!

4. The USA team is home to the most decorated field hockey athlete in the nation.

Katie Bam, formally known as Katie O'Donnell is a forward for the USA Team who stems from the University of Maryland. You can read about her accomplishments that earned her the title of most decorated field hockey athlete in the nation, here.

5. Almost a third of the team (five players) went to University of North Carolina Chapel Hill.

The team's youngest player, Alyssa Manely, will be 22-years-old during the games. The team's eldest player, Lauren Crandall (older than Rachel Dawson by just a few months), will be 31-years-old.

8. Julia Reinprecht plays for Team USA despite a site disadvantage.

Julia Reinprecht had a cataract removed from her left eye when she was one year old. Because of this, her vision comes predominately from her right eye.

9. One of the players was featured in the 2015 ESPN Total Body Issue.

Paige Selenski, a forward from Pennsylvania, was featured in the 2015 ESPN Total Body Issue and on ESPN's "Bodies We Want" SlideShow. You definitely want to check this out. (Paige is featured on slides 15-17)

10. The team usually runs four to five miles per game.

In an interview, Paige Selenski told ESPN, "We typically run four to five miles per game. Our sports science director tracks our movements."