Being Dropped From Your "Dream" Sorority
Odyssey

Being Dropped From Your "Dream" Sorority

The "dream" sorority might not be the best one for you. 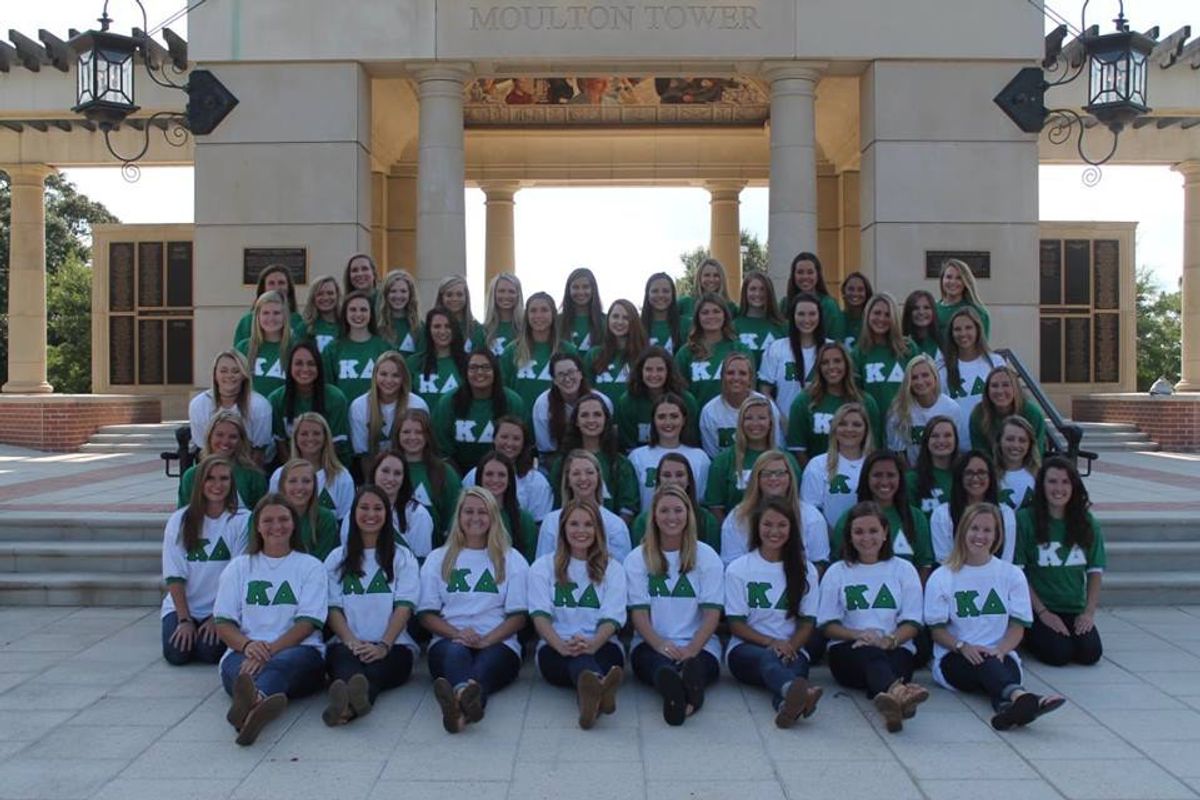 It's that time of year again where school begins and recruitment is in the air. Recruitment season has girls shedding so many emotions- them being members of the sorority already & those who are going through. As our own recruitment just ended, and Bid Day was yesterday, there was one major theme that I kept thinking about. Most of the time you see girls jumping for joy & running to the house of their dreams, but then you have those who cry or are not happy about the outcome. For those of you who did not get the "dream" house, this ones for you.

Being dropped by a house that you thought was meant to be your "home away from home" may be better than being in the one you thought was best for you. As you were talking to the many of different girls of the house you wanted, you thought you connected well with the girls, and maybe you did, but as a whole the house thought you might fit in best somewhere else. This is not a bad aspect, nor should you look down on yourself for it. The sororities know the personality of their sister and can mostly determine whether you are a next piece to the growing circle of their sisterhood. This is not a chance to dog the sorority that dropped you, but to give the other houses on the row a chance to be apart of their sisterhood. They are taking a chance on you and offering you a bid that could of been for another girl, but they chose you! And there is that possibility that you may fit in somewhere you thought you did not belong.

Just like anything else, it is all about what you put in as to what you will get out. One of my own sisters lives to the thought that the effort you put in will determine the outcome you receive- and I could not agree more. It might be a lower tear sorority, or it may be one that you are not a legacy of, but that sorority's sisterhood could be the one that you make the best memories with. Just like they took a chance on giving you a bid, you need to give them the chance that they could be the best friends you may ever gain.

So when you get that bid and it is not the house you wanted, still give the girls a chance who want to one day call you their sister. Do not take this as a rejection or that you are not good enough, but a blessing in disguise to what could be the best sisterhood you could ever be apart of.