If You Don't Tip Your Waiter, You're Heartless
Odyssey
CurrentlySwoonLifestyleHealth & WellnessStudent LifeContent InspirationEntertainmentPolitics and ActivismSportsAdulting
About usAdvertiseTermsPrivacyDMCAContact us
® 2023 ODYSSEY
Welcome back
Sign in to comment to your favorite stories, participate in your community and interact with your friends
or
LOG IN WITH FACEBOOK
No account? Create one
Start writing a post
Lifestyle

If You Don't Tip Your Waiter, You're Heartless

The tip you leave says more about you than it does your server. 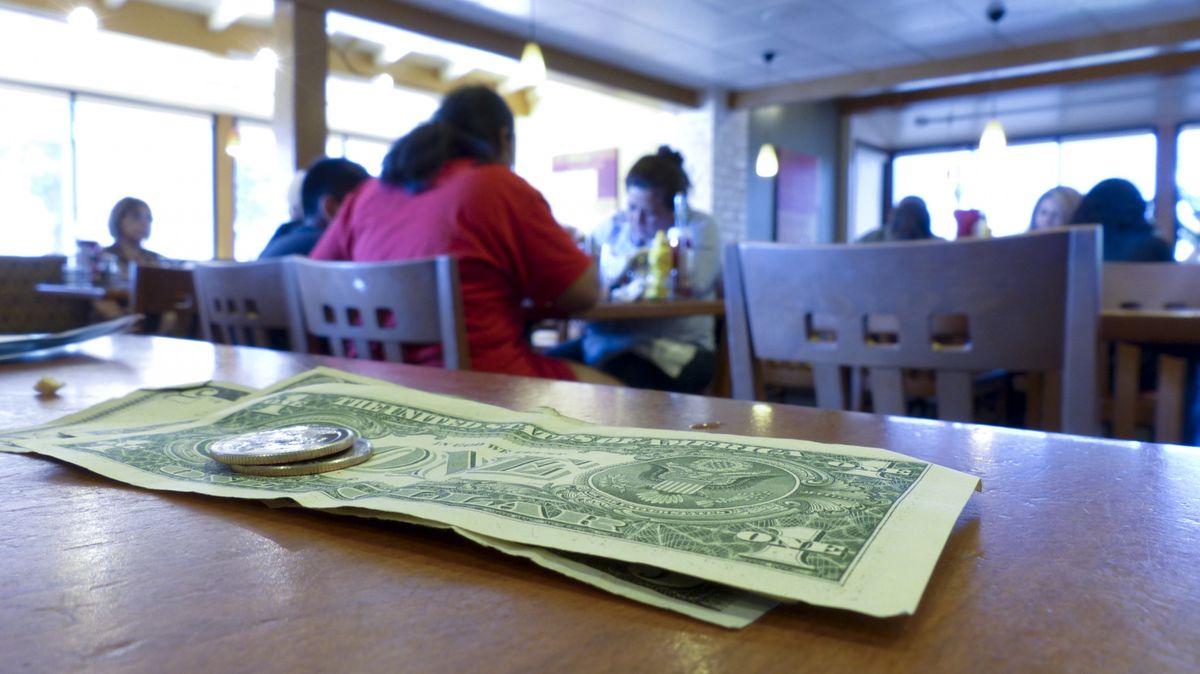 First off, my title is based on this reasonable assumption: You know that the industry standard for tipping your server in a restaurant is 15% of your total bill. I'm confident that the vast majority of adults in America know this fact. You may not like that number, but it's still the industry standard.

And because it's the industry standard...and because you know this...15% is the MINIMUM number you should tip. I don't care if the service was terrible, you should still tip 15% because you knew going in that that was the minimum you'd pay. If the service is bad, leave your 15% and talk to the manager. Chances are good that your criticism will help your server get better...and you may even get a complimentary item for your next visit (not that that should be your motivation).

My daughter recently started working as a server for a restaurant that's known for letting you eat peanuts at the table and then throw the shells in the floor. You know the one, right? It's not upscale. It's casual dining. There are a wide range of ages and socioeconomic standing of the customers who choose to eat there...or any other casual dining place in the country.

But, guess what? The minimum tip is still 15% of your total bill and you knew that going in. I could spend time telling you that servers make around $2 per hour and depend on their tips to supplement their income to an acceptable level...and that's true. But I feel that most people know this already. I could also spend time criticizing the system as a whole because it's fairly insane.

I'm just going to give a couple of examples of stories that I've been told by servers (not necessarily my daughter, by the way).

One time, a couple left $5 worth of tickets for admission to a local amusement park as a tip. Gee...thanks.

Several times, people tried to skip out on their entire bill only to be caught, forced to pay, and left no tip.

Many times, people leave less than 10% as a tip.

In all of these instances...ALL OF THEM...the person doing that is either a jerk, a criminal, or both. Your tipping habits are a reflection of YOU...not of your server.

The tip you leave is a great time to practice a basic human quality...being generous. If your service was great, be generous and leave more than 15%. Tell the manager how great the server was...or how great the food was...or anything you can think of that you particularly enjoyed. Too many times in our society we only tell the bad. We are more than anxious to complain...either to the manager or, more likely, in a passive aggressive way like posting on social media (I've done it too). But why is that? Why aren't we more likely to share good news than bad?

When I was a teacher, I DREADED getting the email from the principal that said, "Come see me when you get the chance." Do you know why? Because no one ever calls you into their office to say, "I just wanted to let you know that you're doing a great job. Have a nice day." Oh no...it's always something bad.

Maybe that's just human nature, but it doesn't have to be that way.

I've been to restaurants where the service was quite bad. I can think of a local place where I've justified the bad service like this: "I'm coming here for the food, not the service". I love their food and I'll be back because of the food. Yes, the poor service is an aggravation, but I'm still coming back because of the food and I sure don't want to be tagged as a bad tipper for the next time I go back. So, I leave 15%.

Most times, however, I'll leave 20% just because that's generous. Most of the time, it's only a few bucks more...especially if you're eating alone or with one other person. But even if it's a family of four, moving from 15% to 20% isn't that much money. If you're straining over that amount, you probably shouldn't be eating out anyway.

So the next time you go out, go ahead and prepare yourself to tip NO LESS THAN 15% to your server no matter how he/she performed. Leaving amusement park tickets don't count. Leaving inspiring tracts don't count either. That's great if you do that, but leave a tip too. It's a shame that the "Sunday crowd" has traditionally been the crowd that tips the least.

Come on...you guys can do better than this.