Donald Trump's Statement and Why I Disagree
Odyssey
CurrentlySwoonLifestyleHealth & WellnessStudent LifeContent InspirationEntertainmentPolitics and ActivismSportsAdulting
About usAdvertiseTermsPrivacyDMCAContact us
® 2023 ODYSSEY
Welcome back
Sign in to comment to your favorite stories, participate in your community and interact with your friends
or
LOG IN WITH FACEBOOK
No account? Create one
Start writing a post
Politics

Donald Trump's Statement and Why I Disagree 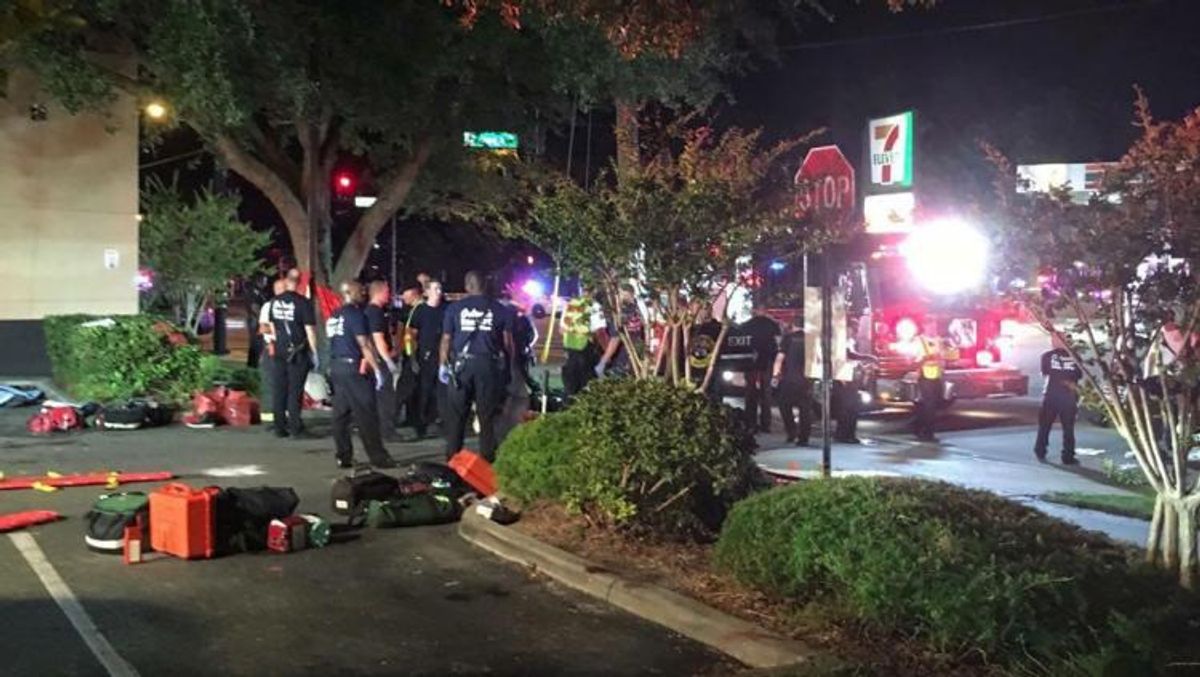 Recently, Donald Trump made a statement in regards to the horrific events at Pulse Nightclub in Orlando, Florida. During this time of grief and shock, he unsurprisingly uses this tragedy to further his own campaign.

Most notably in his statement, Trump discusses the term “radical Islam”. The deeply troubling problem with Donald Trump’s use of this phrase lies in the fact that he is using it to address the larger group of Islamic people. These “radicals”, however, are distinguished by that word exactly. The definition of the word radical, as found in the Merriam Webster Dictionary, is “having extreme political or social views that are not shared by most people”. This seems pretty basic right?

But, in fact, this word has become an issue. It is misinterpreted for the benefit of Trump and his supporters. They hear “radical Islam” and think “Islam is radical”. There are individuals that are “radical”, but not the whole group. All religions, genders, and political groups acquire extremist individuals. These “radicals” by definition do not represent the majority. Sure, Islamic people might be different from your average white American Christian but “different” doesn’t automatically translate to “bad”.

When a shooter is Muslim, the global group of 1.6 billion Muslims is held responsible. When a gunman is white, they are deemed as having emotional and mental issues. This points to a greater problem of societal stigmatization and crude judgement.

When speaking on the subject of perpetrators of violent crimes, Trump mentioned in his statement that, “hundreds of migrants and their children have been implicated in terrorism in the United States”. This is phrased to make people believe that Islam is the real problem when it comes to terror attacks. However, only 6% of terrorist attacks on U.S. soil have been committed by “Islamic Extremists” (Centre for Research on Globalization).

Mr. Trump, I would love to know how exactly banning Muslims from this country could’ve prevented this attack? Do you really think that will provide a solution for the number of massacre shootings on our soil? The man who committed this crime was born in America; his parents had every right to immigrate, that’s the beauty of this country. Your xenophobia will not right this wrong. There are bad people everywhere, Mr. Trump. This is not an event exclusive to Islam. Terror comes from outside and from within.

Trump says in his statement that our “leaders are weak”. I would argue that Trump and his supporters are the ones that are weak. They see someone who is different and they put them into a box to fit their own individual needs. They are afraid of looking at the whole picture. They cherry pick events and facts to string them together into a fear-producing pattern. This draws people in, and this is how Trump is successful. He taps into a misplaced and exaggerated sense of fear.

In his closing paragraph, Trump says that all American’s from all backgrounds need to be protected from “radical Islam”. Trump states that Islamic terrorism has “no place in an open and tolerant society”. This may be the most hypocritical thing the man has ever said. What part of Trump’s campaign has ever been on the side of tolerance? Is he building a wall in the name of an “open and tolerant society”? No. Is he advocating for a ban of all Muslims from our country in the name of tolerance? Absolutely not. How dare he for a second think that he can use those two words in the public domain because he is nothing but intolerant and narrow-minded.

Trump advocates intolerant policies such as excluding Muslims, and closing off America by use of a wall. He engages in intolerant behavior by resorting to name-calling and denigration of women that do not meet his personal standards of physical appearance. Trump even vocally and loudly supports his follower's physical attacks on those whom he disagrees with.

It appears that the murderer’s actions were influenced by hate of some aspect of the victims that was different from himself. Donald Trump engages in this exact same sort of behavior. Trump demonizes the Islamic religion and it’s Muslim followers. This is easy to do in a Christian-dominated America, but that does not mean it is right or true.

Mr. Trump, you are a weak and frighteningly bigoted man. You use fear to gain support and primal beliefs to attract followers. Violent acts such as the one that occurred in Orlando are not isolated; they do not stand alone in our society. Violence is connected through manifestations of hate and fear. Your ideas – your “plans”, Mr. Trump, will not be effective, they will only serve to add momentum to the vicious cycle rooted in cultural ideas of fear and power and discrimination.

Cycles of violence can only be broken through a shift in our cultural identifications. We must remove this hate and fear and replace it with values of equality and acceptance. In the wise words of Martin Luther King Jr., “hate cannot drive out hate, only love can do that”.