Does The Electoral College Have Flaws?
Odyssey

Does The Electoral College Have Flaws?

The electoral college was created in 1787, it's bound to have some flaws. 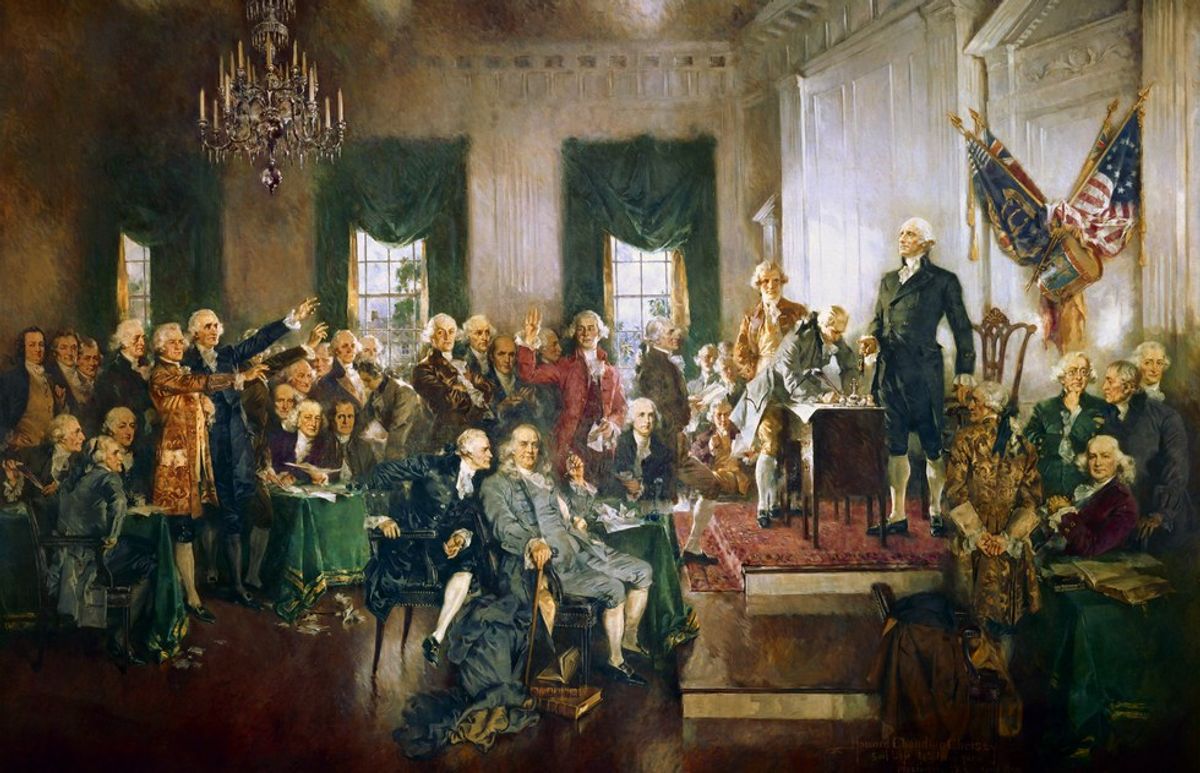 The electoral college was created in 1787. The electoral college was meant to do two things, keep a buffer between the people and the selection of the president, and to give more power to the smaller states. The electoral college happens to go along with the Connecticut Compromise of 1787. The Connecticut Compromise allowed for more representation of the less populated states. In the end of the compromise, each state is given two senators and the number of representatives would be portioned with the population. So, in the end, smaller states would have at least three votes.

Electors are the ones that actually cast the votes for president. Electors are chosen by each state. Electors are usually state-elected officials, party leaders or people with a strong affiliation with the Presidential candidates. Some states require electors to vote how the public chooses, others do not.

There is an unfair advantage that smaller states have. Wyoming, the least populated state, had about 210,000 votes this election and California had nearly 9,700,000 votes. The voting population in Wyoming has a stronger voice as each elector in Wyoming represents around 70,000 votes, while on the other hand, California's representatives represented about 179,000 votes a piece. Those in the smaller states have a vote that actually seems to matter compared to medium and large states.

The "winner-take-all" system seems to be a large flaw in the electoral college. For example, Texas ended up voting for Trump. Trump did have 52.4% of the votes while Clinton had 43.3%. Even though Clinton had 43.3% of the vote, it doesn't matter because the entire state had to pick Trump because he had the majority. Those who voted for Clinton lost their voice in the election. Nebraska and Maine each have what is called "proportional representation" and they don't have the "winner-take-all" system. Currently, Maine has voted 47.8% for Clinton and 45.1% for Trump. Clinton currently holds two electoral votes and Trump has one. With proportional representation, the peoples' votes seem to actually make an impact.