A different kind of “Teen Mom”.

You’re going to be an older sister…. Again! 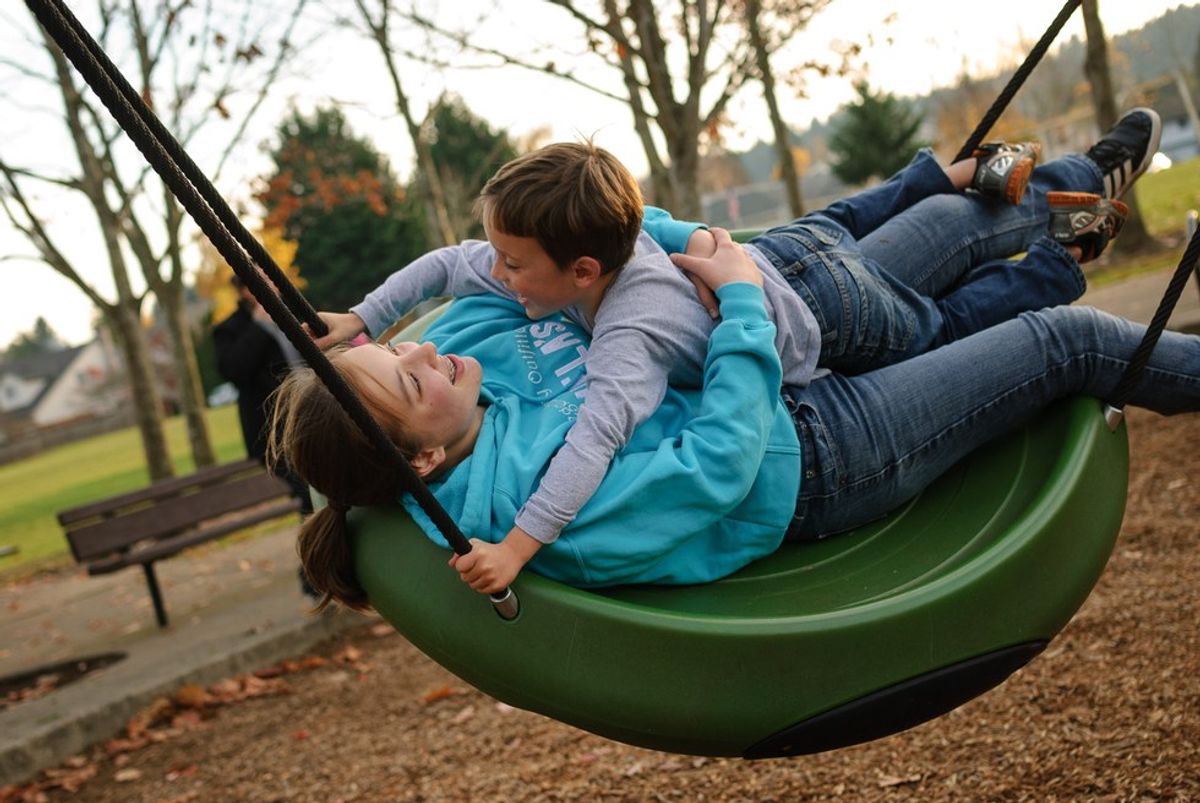 I remember I was 13 years old when I found out my mom was pregnant again. I remember sitting in my room feeling excited and nervous. I ran scenarios through my head about how our life would change because of this, but of all the scenarios that played in my head, I didn’t think I would ever in my life be mistaken as a “teen mom” because of my new sibling.

Both my parents worked very stressful jobs during the day and were very active in their church group. It was difficult for them to watch him and as my baby brother grew up and started going to school, my parents were happy that they had me and my other brothers to help out. It was during college that besides being mistaken as a teen mom, feeling like a mom started to take an effect. Besides being the emergency contact for him, I also had to attend his concerts or bring him a change of clothes when there was an “accident” at school on behalf of my parents. Instead of going out to parties with friends, I would be getting him ready for bed. These acts of me taking care of him were seen by so many other people that I was constantly being mistaken as a “teen mom”.

I was 16 when I was first mistaken as a “teen mom.” I remember, while my mom was a Eucharistic minister during mass, I was the one who took care of my brother. After mass was over, these two old ladies came up to me and asked me how old I was. I told them 16 and as I watched their faces turn to shock and horror, they quietly said to themselves… “so young, so young” and began to say things like “we’re a community so please let us know if you need any help." I remember I was confused and gave them an awkward "thank you." It wasn't until later on that I realized what had happened. They believed that I was my brother’s mom. However, it was only just the beginning.

As my brother grew older and began to talk, out of confusion and excitement he would sometimes call me “mom” in public, which would always make me feel incredibly awkward. When picking him up from school, his classmates would always ask me if I was his mom and question why I was so young and during his birthday parties, parents would come up to me instead of my parents about pick up times. One parent even asked me how old was I when I gave birth to him and all I could do was feel embarrassed and quickly explain to them that I was his older sister.

Honestly, I can’t imagine my life without this goofy kid who once asked me “What’s the opposite of milk?” I may have grown up a little too fast, but those years of missed parties and hangouts with friends can’t compare to my brother’s poetry fair and costume parades. My baby brother is the best thing to ever happen to me and having a younger brother with a huge age gap isn’t so bad. In fact, he has taught me so much, but most important is, that I’m just going to take my time before I have kids.