Death Penalty vs. Life without Parole

A look at the arguments made on both sides 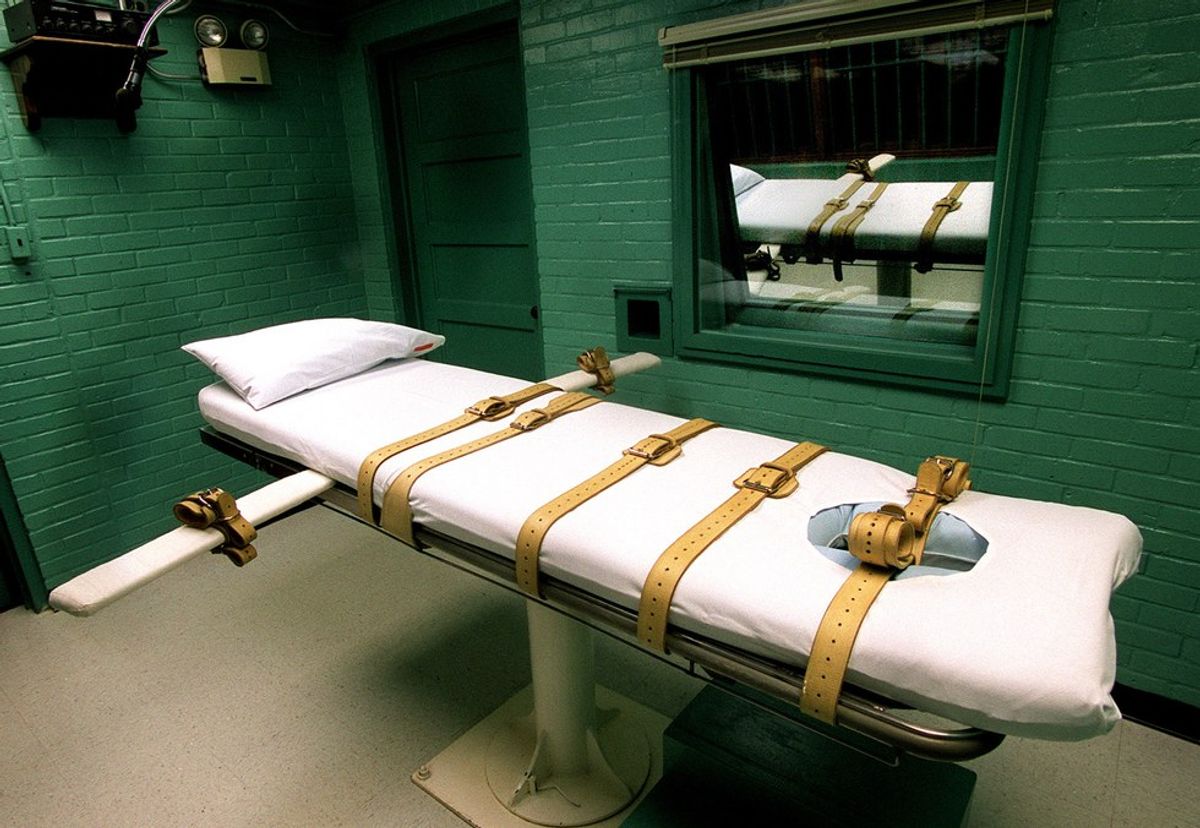 Dylann Roof was sentenced to death this Wednesday for the callous, hate fueled murder people in a Charleston church. The question of debate during the trial proceedings was not whether Roof is guilty but whether Roof deserves the death penalty or life without parole.

Choosing to end someone’s life is an irreversible decision, making death penalty trials an ethical minefield usually reserved for convicted murders. In usual fashion the nation is torn down the middle on this issue and struggles to come to any semblance of mutual understanding.

On one hand, those in favor of the death penalty cite the rapid overcrowding of prisons nationwide and the burden on the taxpayer each inmate makes. On the other hand, those in favor of life in parole view execution as an “easy way out” compared to a life behind bars. They also note that death sentences can lead to the execution of someone who was wrongfully convicted.

There are several arguments being made on both sides of this issue, some valid and others not so much.

Arguments In Favor of the Death Penalty

The common assumption is that employing the death penalty costs far less than imprisoning someone for life behind bars. However, this is not true and in most states the process costs far more.

In Texas, a single death penalty case costs an average of $2.3 million, close to three times the cost of imprisoning someone in a maximum-security facility for 40 years.

An Eye for an Eye

Capital punishment supporters often employ the base argument that those who commit a crime should receive punishment that is directly proportionate to the severity of their crime. They further their argument by saying that executing convicted murderers will deter potential killers from acting. Statistical evidence neither supports nor denies this claim.

Closure for the Victim’s Families

One argument in favor of the death penalty is that life prison sentences only add more inmates to prison systems that are already dangerously overcrowded. A growing concern in the United States, nineteen states are operating above maximum capacity. Alabama, the most severely overcrowded, is 196% overcapacity. Overcrowding prisons leads to significant maintenance and safety concerns.

Arguments in Favor of Life in Parole

The Death Penalty as Cruel and Unusual Punishment

Many see the death penalty as in direct violation of the constitutional ban against cruel and unusual punishment. They argue that capital punishment denies due process o the law because it deprives the individual of the opportunity to benefit from new evidence or changing laws that could lead to a possible reversal of conviction.

Death is an Easy Way Out

Many in support of life in parole favor it because they view the death penalty as a lighter sentence than spending life behind bars considering the gravity of the crime they committed. Many inmates on death row express extreme remorse and regret for the heinous acts they committed.

Since 1973, 156 wrongfully convicted death row inmates were exonerated by their states. The average time spent in prison before being exonerated is 11.3 years. Those against capital punishment cite this information to argue that the death sentence may lead to the loss of more innocent lives. Nationwide, at least one person is exonerated for every ten that are executed.

A common argument made against the death penalty is that statistically, death sentences have a sharp racial disparity. In 96% of states who have conducted reviews concerning death sentences and race, there was a distinct pattern discrimination regarding either the race of the victim or the race of the defendant. Death sentences are given disproportionately more to black defendants than white defendants. Additionally, the chances of a jury handing down the death penalty rises when the victim involved in the case are white.

The issue behind a country expressing its value of human life by taking away human life will always be a hot button issue for the United States. It is unclear whether the laws regarding the death penalty will ever shift, but surely the controversial debate will continue.