Dear Voters: Please Educate Yourselves
Odyssey
CurrentlySwoonLifestyleHealth & WellnessStudent LifeContent InspirationEntertainmentPolitics and ActivismSportsAdulting
About usAdvertiseTermsPrivacyDMCAContact us
® 2023 ODYSSEY
Welcome back
Sign in to comment to your favorite stories, participate in your community and interact with your friends
or
LOG IN WITH FACEBOOK
No account? Create one
Start writing a post
Politics and Activism

"Nothing in the world is more dangerous than sincere ignorance and conscientious stupidity." Dr. Martin Luther King Jr. 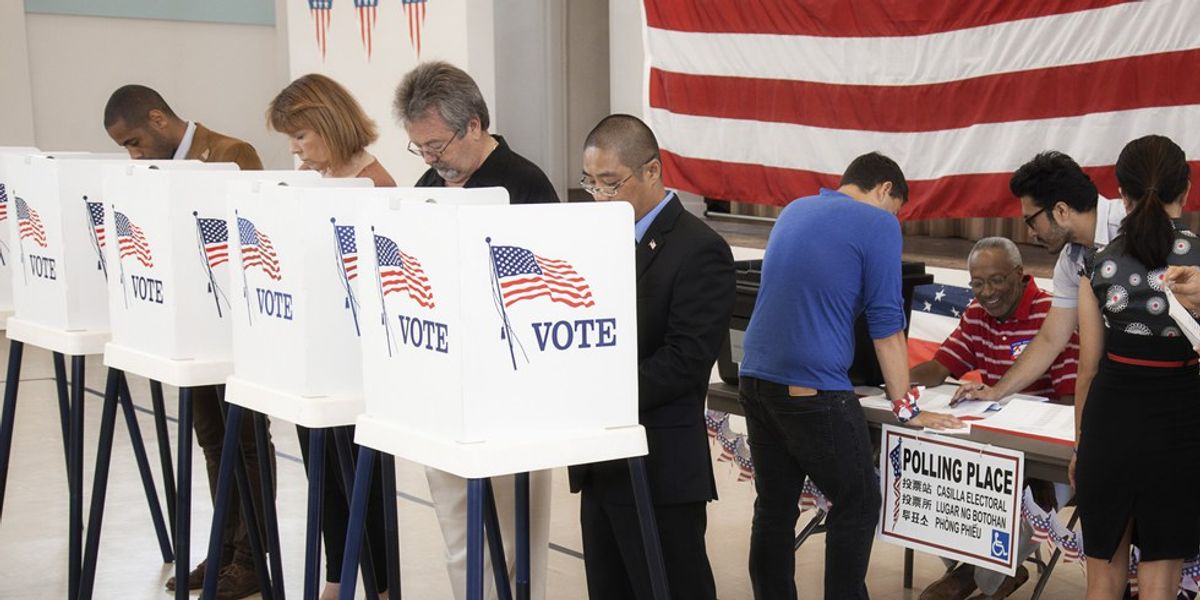 I recently had a conversation with some friends from home about voting. It was at one of those hours-long backyard parties, and naturally at some point in the night the conversation turned to politics. As a politics major, this is sometimes my favorite part of the night. It can also be my least favorite.

One of my friends said that he planned to vote for Gary Johnson. I asked him, "Why do you want to vote for Johnson?"

He said, "Because I don't agree with the platforms of Trump or Hillary."

"Because he's a libertarian, and I identify most closely with libertarian ideals based on that test we took in AP Gov."

I am not going to use this article to tell you who to vote for. I try not to espouse my political views on social media because arguing with people behind a computer screen is exhausting. I would much rather have an actual, productive conversation with someone in person where I explain why I am voting for the candidate I believe in. Furthermore, there are already a plethora of articles that tell you why you should vote for this candidate and why you should not vote for that candidate, and truly my purpose now is not to impose my views on others.

All I ask is that if you are going to vote -- and you should vote -- please educate yourself.

This election is one of the greatest high-stake elections in recent history. For so many college-aged students, this is the first election during which we are eligible to vote. Please remember that although voting is your right, it is also a privilege. Not everyone has access to the polls on election day; not everyone who can vote is able to voice their opinion. In the words of a very good friend, people fought and died for our right to vote. For women and minorities, that right was a long time coming, and it is not something to be taken for granted.

So, although you have a constitutional right to vote, it is your responsibility as a voter to educate yourself on the issues. Figure out for yourself how you would handle those issues. Figure out what you would like to see done. Then, educate yourself on how each candidate -- not each party -- has proposed dealing with those issues. One of the best platforms for this is ontheissues.org, a non-partisan website. It mostly provides direct quotes from candidates on each issue from which you can even find background information on each issue.

Remember that in this election we are not just voting for our next president; we are also voting for our congressional representatives, the legislators who work to create laws. So even if you live in a state where one presidential candidate is almost guaranteed to win, your vote still matters for the sake of choosing who will be elected to create the laws that will effect change in this country.

Be a responsible citizen and educate yourself on who you are voting for. An uninformed vote is perhaps even worse than no vote at all. In the words of Goethe, "Nothing is more frightful than ignorance in action."